Tina La Porta between self-medication and destigmatization of the disease. 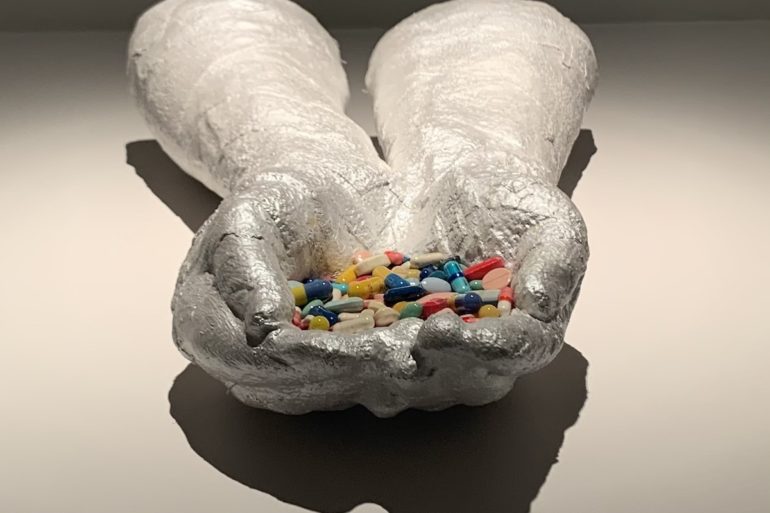 That art is a powerful medium through which to analyze society is well known, but art can also be a valid means of de-stigmatizing mental illnesses by breaking down prejudices and stereotypes. This is the case of the artist Tina La Porta, told in person during the Art Roundtable meeting at the NSU Art Museum in Fort Lauderdale.

Tina La Porta, is a resident of Miami, and was born in Chicago in 1967 and after graduating in art she moved to the East Village to pursue her Master in Fine Arts at the School of Visual Arts in New York. She spent half of her life on art, which, however, did not exempt her from suffering from paranoia, phobias and delusions of persecution to which she remedied for six years, before she was diagnosed with schizophrenia. The illness from which she suffers literally involves a separation of the mind from reality, interfering with the individual’s ability to recognize what is real from what is imagination. It also manifests itself with the inability to manage emotions, influencing some of the most evolved functions of the human being: perception, memory, attention and learning.

Contrary to the collective moral that binds people mentally to marginalization, Tina La Porta speaks to uncovered papers, treating the disease with the ability that only a person who has managed to de-construct schizophrenia knows how to treat: she has managed to graduate and connote the her problem with an artistic meaning through proactive messages with which to encourage people to share and overcome their limits. 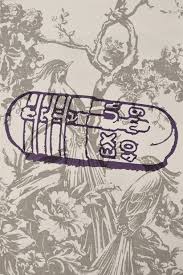 During the years of self-medication it is treated with medicines available everywhere in America: from pharmacies to supermarkets, multi-colored pills and tablets each for a different problem, most often mental. After hospitalization, the diagnosis and initiation of art therapy with the mandala evolves into spirals of writing and colors in which yellow will play a fundamental role. Then she starts again to devote herself to art as a means by which to discuss her emotions, which, even if generated by the illusion that the disease entails, are manifestations of real states of suffering that take shape. In this regard, the Side Effects exposition is cathartic in nature as well as reflective. In the works she focuses on the period of self-medication, in which the pills take precedence over every aspect of everyday life, becoming the focus of her life regulated by medicine: sleeping pills, weight loss pills, pills to stay awake, pills for the anxiety and any form of pain. The counter pills become her artistic medium that covers with resin and crushes up to deconstruct the image and the cognitive concepts that induce it to compose. She arrives at representing the palms of her hands with plaster casts, wrapped in gauze (the disease), which she then photographs and with which she creates prints based on digitally modified images. 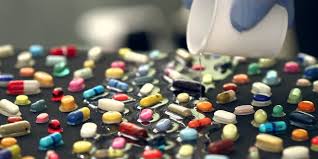 Her works become dangerous warnings for the over-medicated population in which medicines are offered in an absolutely marvelous way: placed on colorful and sparkling backgrounds, as if they were delicious candies. Side Effects also takes shape in the form of collages in which the artist mixes the different works of art to build one (which metaphorically represents itself): the whole of the whole. The purpose of these works in addition to the intrinsic meaning is to help people to take the right distances from the medicines, which give only temporary relief, thus demystifying the beneficial properties in favor of the contraindications, most of the times little considered. Tina la Porta In addition to having taught in prestigious institutions, such as the Pratt Institute, she has exhibited in numerous museums and galleries, both national and international, including the Whitney Museum in New York, the Museo Nacional Centro de Art Reina Sofia in Madrid, and The École Superieur Nationale des Beaux Arts in Paris.

1 thought on “Tina La Porta between self-medication and destigmatization of the disease.”