FabrianoinAcquarello 2022: when art is heritage of humanity, in Bologna and Fabriano, from 12th to 15th May. 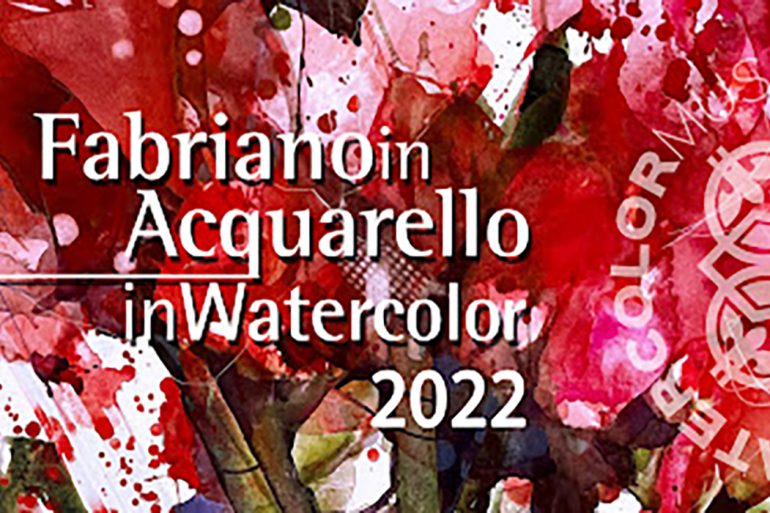 Watercolourists from all over the world join the fascinating world of FabrianoinAcquarello 2022.  The annual event dedicated entirely to watercolors and capable of bringing together artists and enthusiasts of international standing who, this year, will be meeting in the city of Bologna – “La Dotta, La Grassa e La Rossa (The Savvy, The Fat and The Red)”- as it is lovingly and historically recognized by the Italians. The convention will be held in the spaces of the FICO Convention Hall, from May 12th to 14th, and will conclude in style in the city of paper, in Fabriano, on May 15th.

The event concretely represents the physical meeting and cultural exchange of more than eighty artistic communities, scattered around the world that, devoted to the technique of watercolor on paper, are part of the InWatercolor network.

InWatercolor is an itinerant exhibition activity that from Sao Paulo in Brazil has traveled the long way to Italy building relationships between watercolorists who recognize in their personal and artistic journey a social operation capable of bypassing geographical, political and social concepts without discrimination of any kind. Each community – composed of 1 or more geographical nations – is represented by a Leader who becomes the reference point and promotes the basic principles of the organization which is based on the concept of “art as world heritage” and as such is aimed at meeting, cooperation and creative comparison between international artists who work to protect the tradition while promoting innovation and with an eye to the new generations. Each with a distinct approach.

The spokesperson for an event of this magnitude, capable of bringing together international artists, is the historic Italian company Fabriano, which since 1264, in the town of the same name in the Marche region of Italy, has been combining tradition, inspiration and innovation in the production of fine papers in which natural fibres are combined with pulp thanks to the expert hands of skilled artisans, profound connoisseurs of the craft.

FabrianoinAcquarello was born in 2010 in a completely experimental way, thanks to the cultural association InArte, and represents only the tip of the iceberg made up of many collateral and preparatory events that take place throughout the year in the city of Fabriano. To these Italian appointments are added a series of events in cooperation with international artistic communities instrumental in consolidating the activities taking place in Fabriano.

This year’s edition in Bologna, back in attendance after two years of pandemic, will see the alternation of some of the best known artists who will carry out demonstration sessions in collaboration with the most important brands in the sector, in the presence of the “masters” who will perform demonstrations of still life, landscape and figurative art.

In parallel to the meetings there will be sessions with live music, individual painting sessions and spaces left to the possibility of purchasing materials – traditional and innovative – proposed during the convention and made available to partner companies in the appropriate areas. All of course in the spirit of friendship, sharing and dialogue.

On Sunday, May 15th, participants will be taken by train to the city of Fabriano, where it all began and where they will not only visit the International Watercolor Museum, which exhibits 250 of the 800 works that make up the collection, but will also have the opportunity to see live demonstrations in the splendid setting of the medieval city in the company of new and old friends and a good glass of wine. Here the high representatives of the region will praise with an award those artists who, with devotion and constancy, have made a significant contribution to the world of watercolor. The International Countries Watercolor Expositions will be held in the Foyer of the Teatro Gentile.

For those who have signed up, the journey into the world of watercolor does not end here and continues from May 16th to 20th, with an artistic tour that combines art and culture with good Italian food and wine in the cities of: Genga, in the heart of the Regional Park of Gola della Rossa and Frasassi, Gubbio and the rural villages. 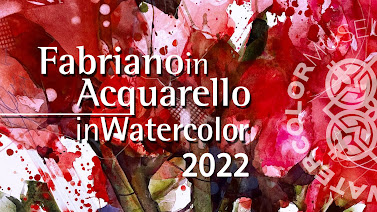 
“Portrait of Tatiana” by Elizabeth Zanzinger.

Girl in a Red Coat in Early Spring by Mark Pugh. O

“Girl in a White Doorway” by Mary Sauer. Oil,

First master demo of the day with Thomas Schiller

- part of -“Self Portrait with an Expression of

“From the Blood of My Ancestors” by Scott Burd