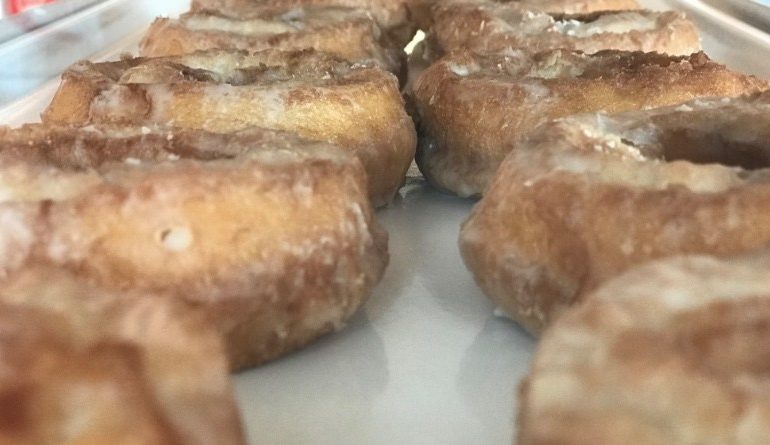 For breakfast, as a snack or as a dessert, there aren’t any Apple Pies, Cheesecakes or Key Lime pies that can keep up with the “American passion”: Doughnuts. Considered by many a great American tradition, a celebration was created for them: The National Doughnut day, set to be the first Friday of June. Besides the amazing smell, we can add a history full of values and feeling, that will fully immerse us in the story of Mr. Robert Taylor and the Velvet Cream Doughnuts and Coffee Company in Little Havana, Miami. 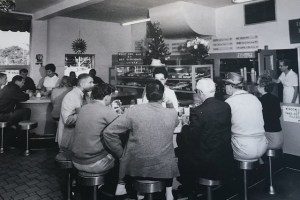 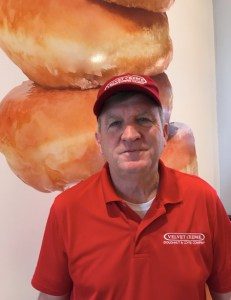 Opened in 1947 by Jim Hadler, who left Minnesota as a young kid, with his family and a pocket full of cash, to pursue his dream: opening a big doughnut shop, using his very own doughnut recipe, that no one but him knew. This is how, in an intricate combination of dreams and ambition, Jim gets to open his shop in the street that will later become the best-known in Little Havana. With its opening, success soon came. Mr. Hadler’s routine consisted in producing in the morning and delivering -by bike-around the area, in the afternoon.

Success was growing at a fast rate, which caused not only red and white tracks, to replace the bike –red and white being the colors of the shop- but also caused another shop to open in 1977, in front of University of Miami. 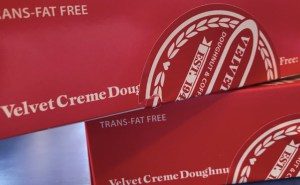 The family business is at its best and UM is colored in red and white all over. By now Jim has passed the torch over to his son, Gary that manages the company beautifully, taking the now famous red and white boxes in almost every shop in the counties of Miami Dade, Broward  and Palm Beach, supplying doughnuts to schools fundraisers. But faith sometimes isn’t fair, and Gary gets really sick. He finds himself forced to close his activity, and he passes away shortly after, but making sure he expressed his will to his brother-in-law Robert, a police officer back then. Gary wanted him to re open the activity for which his father sacrificed his life. So, Robert, in 2016, along with Jorge Rios, who frequented the shop when Gary was still there, decides to leave his job to maintain his promise and make doughnuts using Mr. Handler’s recipe. 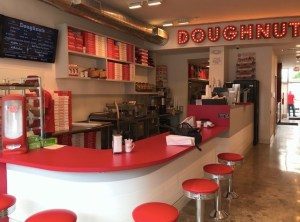 The current Velvet Cream Doughnuts and Coffee Company, has become an international trademark thanks to Robert, and it’s located only a few blocks away from its original site, in 1555 SW Eight Street a Calle Ocho, where the crowd flow is noticeable.

The colors are still the historical ones, as well as its friendly and intimate atmosphere, characteristics that can also be read in Mr. Robert’s eyes, that proudly says “What’s in our recipe is very important to us and people know it. Those who used to come here when they were kids, now comes back with their own kids knowing they’ll find the exact same product, of high quality, prepared following the traditional recipe, he knows he’ll find the same warm smile and the same friendly atmosphere as it used to be. When people walk through this door, they talk and smile like they never did before: no one ever asked me the wi-fi password”. 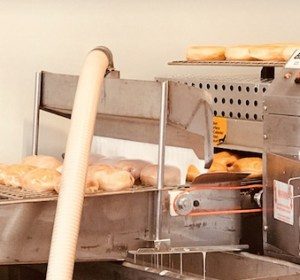 Velvet Cream Doughnuts and Coffee Company, produces The American dessert in various options, classic, filled with chocolate or crème; glassed or covered in chocolate. There’s also the possibility of personalizing doughnuts with different fillings and toppings. Even if Velvet Cream Doughnuts and Coffee Company production, is mainly based on doughnuts, coffees, ice creams and milkshakes were added. Mr. Taylor was able, not only to make the company great again, but also to spread their shop to Coral Gables, where Jorge Rios takes care of the second location. And while plans for a third shop are being taken into consideration, foodtrucks are seen selling doughnuts and other products through the streets of Miami.