The original vintage images of NASA missions exhibited at SpaceTimeContinuum have landed in Miami Beach, thanks to the recent purchase by private collector Rudolf Budja, on display until November 24th. 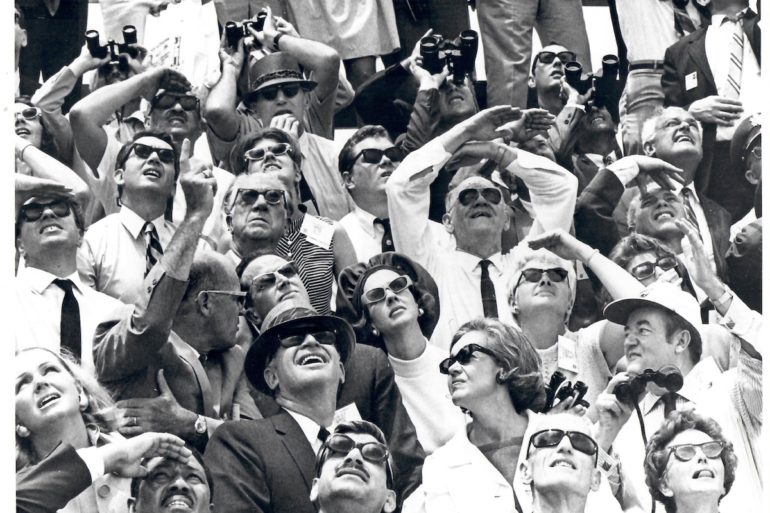 To celebrate the 50th anniversary of the landing of that infamous July 20, 1969, private Miami Beach collector Rudolf Budja, provided 40 of the 8000 original vintage photographs purchased by NASA, for a monumental exhibition entitled SpaceTimeContinuum made in the halls of the elegant Tower North of the Miami Beach Continuum residential complex: an unprecedented compendium with the display of NASA photographs for the first time accessible to the public.

Rudolf Budja, Austrian from Graz, never returned from American holidays and between DJ nights and meetings with the Pop Art greats he started collecting art at the age of 20, specializing in art over time. European, American and Asian of the 20th and 21st centuries. Since then he has never stopped. In its personal 10,000 square feet gallery in Miami Beach, CCool-Rudolf Budja Gallery, founded in 1988, boasts works by Jean Michel Basquiat, Andy Warhol, Damian Hirst and Lawrence Schiller, to name a few. However among his most ambitious projects there is the purchase of the 8000 photographs from NASA, 40 of which are on display for the event of the very armored evening and with a lot of waiters dressed as astronauts and precious gadgets for the guests.

To those who wonder why the interest in NASA images, Rudolf Budjia answers: “The exploration of space has been without a shadow of a doubt one of the most important events for the entire humanity. It is a fascinating collection, and it is a reminder that serves as a reminder that while today we are fascinated by the special effects of gravity, in the 1960s these guys really did it. ”

Forty photographs that will remain on display for a whole month, from October 24th to November 24th, 2019, covering the missions between 1955 and 1994, thus also including the Apollo 11 Mission that led Neil Armstrong to be the first man to set foot on the moon (on display also the imprint of Neil Armstrong’s boot, taken by Apollo 11 astronaut Michael Collins). The photographs that now belong to Rudolf Budja’s personal archive, however, remain protected by the copyright of NASA, which has preserved them in dozens of containers to preserve their integrity.

The collector did not disclose the cost of the purchase simply by saying that the estimated value is composed of eight-digit numbers, while through market quotations it is estimated that the cost of the images is between $ 1000 and $ 30,000 per photo , among these, the only original photograph of the moon print taken by the Apollo 11 astronaut, Michael Collins, is worth about $ 15,000.

Each photograph in the collection includes the date on which it was taken, the mission it belongs to and the original description of the NASA image on the back, together with a stamp of authenticity affixed by the NASA administration.

In addition to the Apollo 11 moon landing mission, the images of the exhibition include the first photo of the Earth taken from space by astronaut John Glenn, the earth from the surface from the moon, and the US astronauts who embark and land from all the Apollo and Gemini missions, including Gemini IV which leads astronaut Ed White to perform the first American spacewalk (1965) and the tragedy of the Space Shuttle Challenger of 1986.

Really an opportunity not to be missed: seeing the original images without the media filters that offer the viewer an exciting moment to experience them first hand.