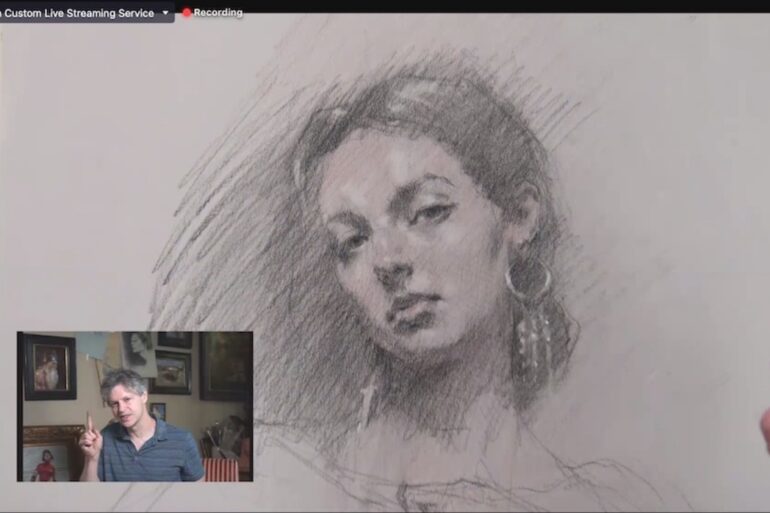 First day of pre-convention workshops for “The Art of The Portrait,” the Portrait Society of America’s annual convention, now in its 23rd year.

The day was entirely dedicated to the theme: “The Eye and Hand Connection”. What better artist than Robert Liberace could introduce a delicate and sometimes underestimated topic like this?

Portraying the image of his daughter Ava from a photograph, Master Liberace highlighted, live in front of dozens of people, the importance of the hand-eye connection that proceeds naturally and as such does not allow itself to be overwhelmed by the mind in the elaboration of the artistic process. 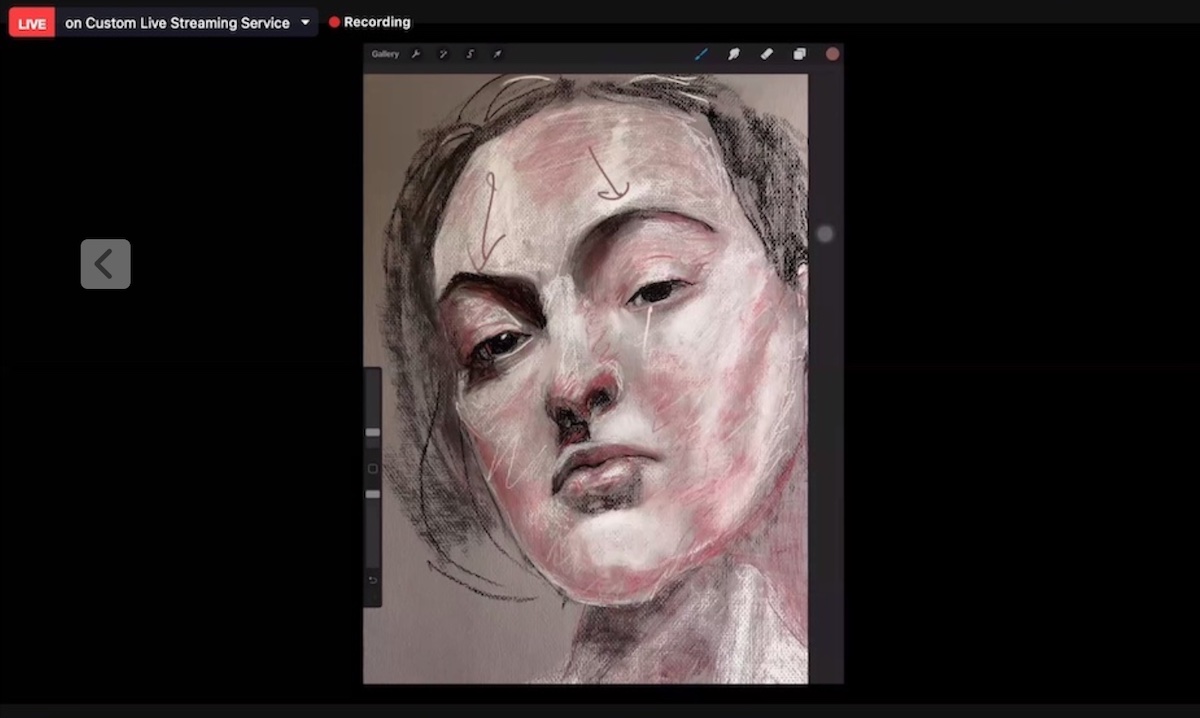 Liberace started, in his process, using the Bargue method: a clear and precise method developed by Charles Bargue and Jean-Léon Gérôme about two hundred years ago and based on the study of casts of classical Greco-Roman works, master drawings and drawings of male. The method is now back in vogue thanks to the book “Drawing Course” -from the original “Course de Dessin”- reworked thanks mainly to the efforts of G.Ackerman, Graydon Parrish and Daniel Graves who edited the book with a written part – the original book produced by the authors was devoid of captions and texts – and in which are contained 197 masterful lithographs of subjects to copy for those who want to learn the art of drawing before experimenting from life or nature. A method that Liberace manages to impart with extreme spontaneity.

The lesson began with the use of a vine charcoal to block out shapes and highlight their chiaroscuro, as Bargue teaches.

Gradually, using a soft pencil charcoal, Liberace continued toward the completion of the model’s characteristic anatomical structure, the definition of the terminator line, and the contour, about which the master states: “The contour is a very powerful element”.

And it is precisely in the vibration of the contour line, a sort of continuous searching line, with which he highlights the anatomical structure, that all the magic, naturalness and sensitivity of Robert Liberace emerges. He expresses himself with grace, explaining as he goes along the steps taken and the anatomical parts highlighted.

It is interesting to see how the drawing evolves through the punctuation of the proportions of the muscles and bones and it is in the definition of the hair, which master Liberace prefers to hint at in a natural and spontaneous way in order to leave the drawing apparently raw: “as Leonardo Da Vinci used to do in his subjects”, says the artist. 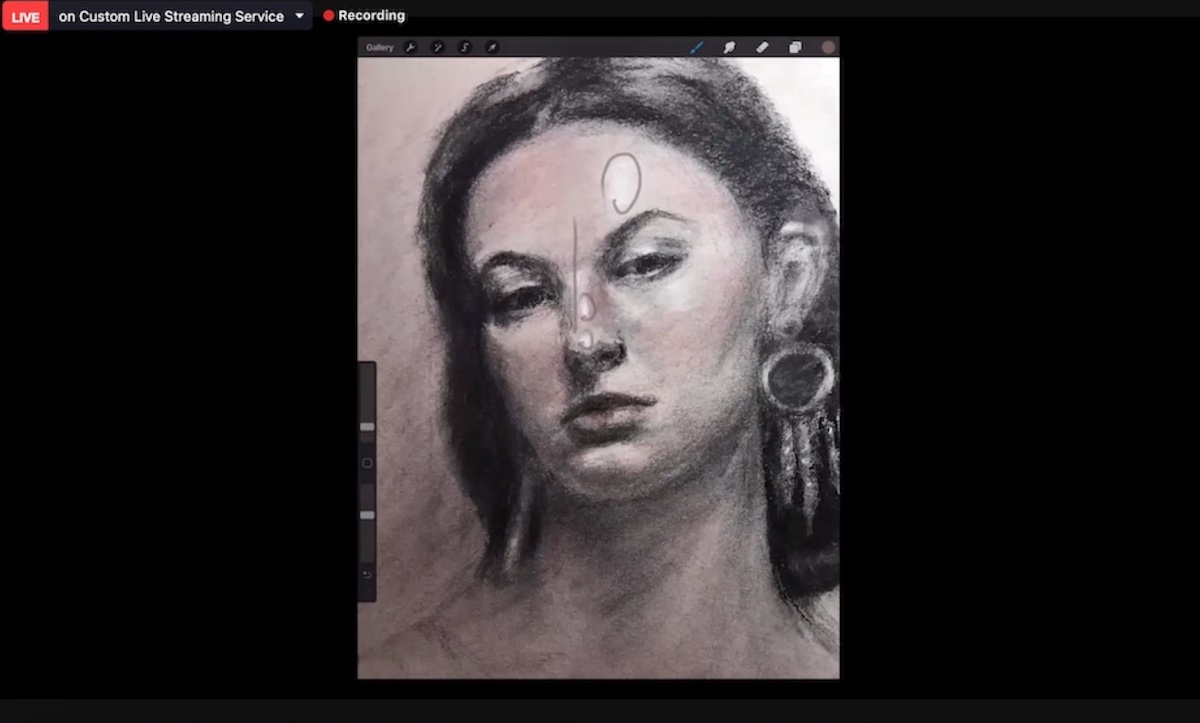 To the more or less dark gray of the pencil applied in a continuous “leave and up” and softened by the use of brushes, chamois, fingers and bread rubber – handled impeccably as if it were a pencil- Liberace adds the use of red chalk with which he hints at flash tone. The technical lesson alternated with references to the history of art which, as far as the combination of black-white-red is concerned, finds one of its greatest expressions in the Trois Crayon technique of the Flemish artist Sir. Peter Paul Rubens. 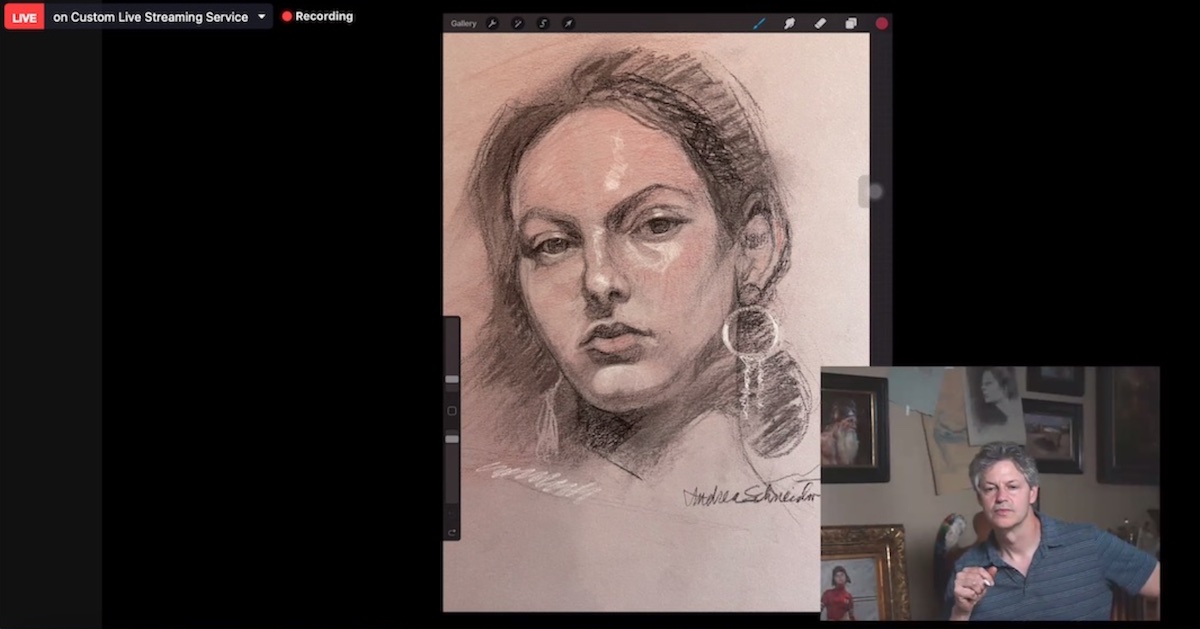 Robert Liberace’s workshop concluded with a part considered equally important to the lesson given: the critique of the works executed by the participating artists in the time frame left available.

The critique, which made many references to the greats of art history -John Singer Sargent, Anders Zorn, Tiepolo, and Holbein, among others- is very important in learning the concepts because, as Liberace says: “Copying the work does not necessarily imply that it is successful. Sometimes you have to find the necessary style or energy that can speak to the viewer, that can captivate them.”

It was an incredible day with many generous suggestions that sparked the enthusiasm of the attendees and will feature another great artist tomorrow: Michelle Dunaway. 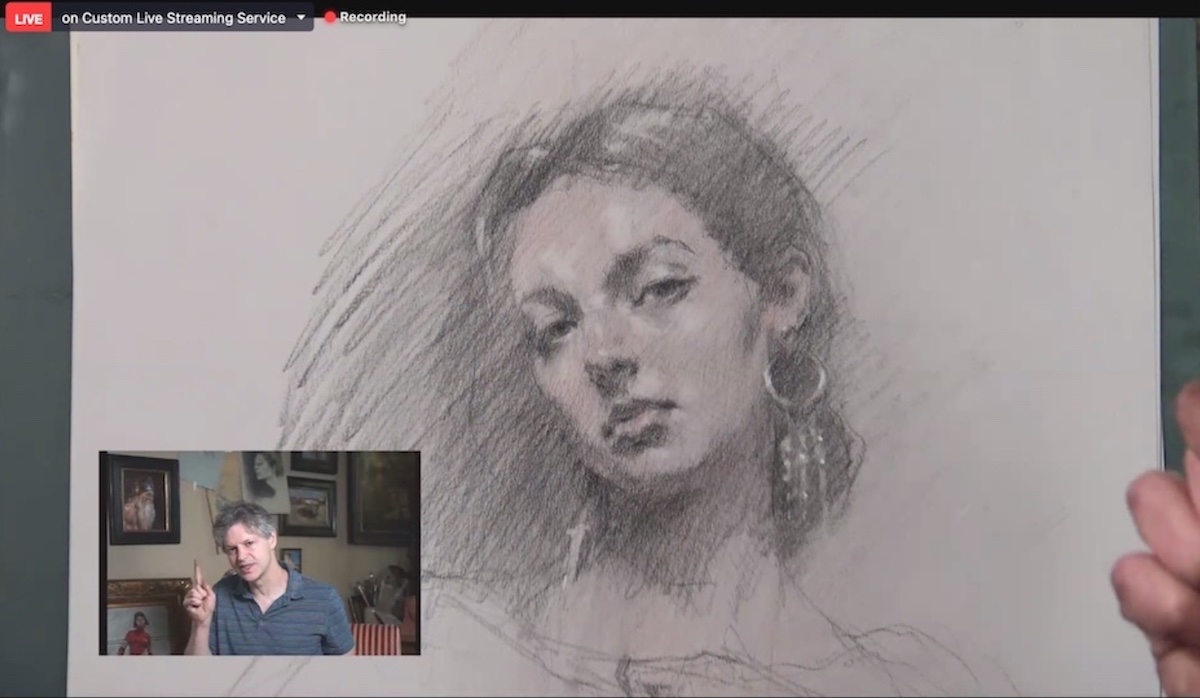