“When We See Further” the women’s exhibition at the Wasmer Gallery at Florida Gulf Coast University, October 16 to November 19, 2020. 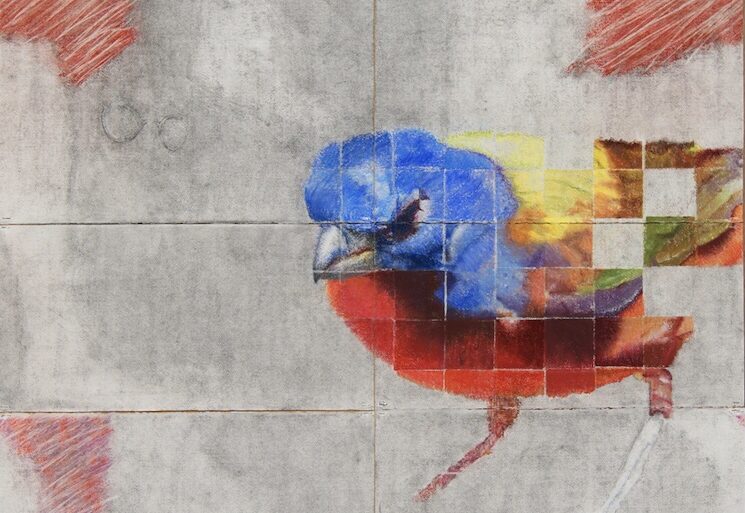 Seeing beyond was once a subject dear to artists and poets, among them Leopardi, who with his “seeing further” used to refer to the hedge is now a topical subject through which to sink the sad reality to face the future with courage. “When We See Further” is, in these times and not by chance, the theme tackled by four Florida artists who explore through the body, fragility and time flowing imperturbable in its ups and downs the delicate historical moment that has forced humanity to a total revaluation of values, time and space.

The exhibition, realized by the Wasmer Gallery of Florida Gulf Coast University and curated by John Loscuito, will be open both physically, in Fort Meyers, on the Gulf of Mexico, and digitally and will include a dance performance. In particular, the exhibition will expose the works of Heather Couch, ceramist from West Palm Beach who with her works composed of large ceramic vases, wood and raw sheep’s wool, she says: “The idea of precariousness and fragility underlies a lot of my work”; Marina Font, is a photographer originally from Argentina who lives and works in Miami. For her photography represents the starting point to investigate through psychoanalysis:“I want to bring the unconscious to the surface, both literally and metaphorically.”, says the artist; Renee Rey is a figurative artist who lives and works between Bonita Springs, FL, and New York City, through her works, that explore three-dimensionality and four-dimensionality, she wants to unite people all over the world, because as the artist says: ”I paint alternative universes and transformative self-portraits, a search for the sublime in favor of the temporal, the spiritual versus the physical”, with the search for connections and commonalities.

Terre Rybovich, on the other hand, is an old acquaintance of Miami Niche who interviewed her some time ago in her studio, then in West Palm Beach and now in Homestead. Terre is a birdwatching enthusiast and for her birds represent the freedom concept that in this period of imprisonment worldwide, due to the epidemic, has taken on very large proportions. But not only the birds are the protagonists of Rybovich’s works, it is her way of drawing through the use of the body that lies on the paper leaving the mind free to wander in search of freely images suggested and about which the artist declares: “What I didn’t expect was when I let the imprint guide me in the process, I made drawings I never imagined”. Finally, Greek Taylor, choreographer and dancer graduated from Palm Beach Atlantic University who collaborated with dancer and dance teacher Kathleen Klein, PBAU dance teacher.

The artists’ round table and the event will be live on Instagram at 4:00 PM ET on the Instagram @fgcuartgalleries page, while the dance performance will be Live on instagram on November 13. The appointment with the art and the concepts of the artists await you numerous to celebrate with them, virtually or in person, the way through which to overcome one of the events that has shocked the world, to show that surviving, even on an emotional level, you can …When We See Further.

1 thought on ““When We See Further” the women’s exhibition at the Wasmer Gallery at Florida Gulf Coast University, October 16 to November 19, 2020.”