Urbanism Summit 2019: Miami, The American City of the Future. 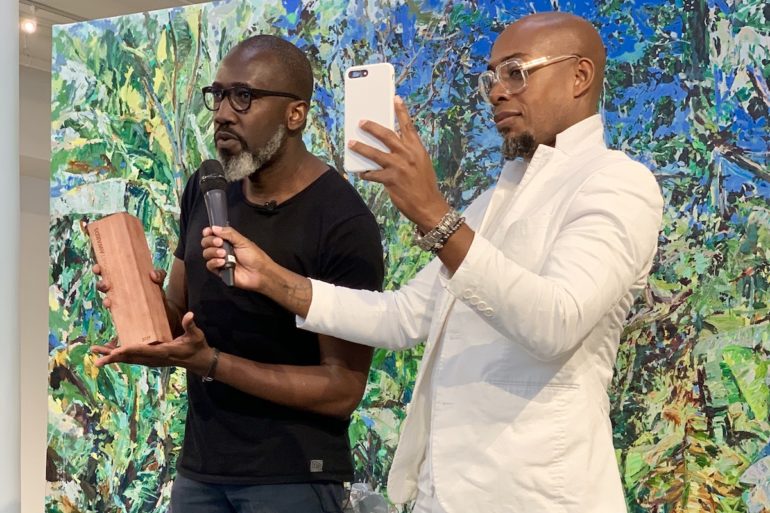 Miami, the American city of the future, hosted Urbanism Summit for the third consecutive year: a multidisciplinary platform that aims to analyze issues of particular environmental and social interest, encouraging and accelerating innovation in building a city founded on the community and on people. It was a non-stop day, conceived by Andrew Quarrie, founder and CEO of Jurnid, with a rich range of speakers coming deliberately from different fields, who shared points of view, perspectives and solutions to analyze the liveability of the city.
From the design, construction and adaptation of sustainable buildings to food quality, from traffic code education (with particular regard to the transit of pedestrians, bicycles and disposal of traffic entering and leaving the city), to social life, in search of solutions to limit the economic gap between excessively wealthy people and very poor people.
Every aspect of the city reflects the need to work for a community that is more than ever respectful of the environment, its resources and its people, placeing  the man at the center of his interests as a corollary of which technological development can help understand its needs by promoting the dissemination of activities and projects.

Miami, a melting pot of cultures and cities with a relatively short history, which lends itself well to being educated to live healthy and respectful. According to the Italian architect Stefano Giussani, founder of Lissoni Inc. (already widely present in New York) when Aaron Glickman asked: “What can be done to collaborate by breaking down social and architectural barriers?” He answered: “It is necessary to convey design and architecture between the meshes that make up the texture of the urban environment”, while Keon Williams, director of Urban Philanthropies recognizes instead the difficulty (not the barriers) of connection with some areas of Miami, still very far from the architectural and futuristic visions of Craig Robins, who with his initial keynote introduced the importance of “knowing how to see” beyond the borders.
A Summit took place in the walls of The Moore Building. The building older than the Design District, the site-specific installation, Elastika, by Zaha Hadid, was built in 2005 that integrates (and explicates) the concept of contemporary history, beautifully respecting the environment.

Among the desecration of the Miami society, with the deliberately provocative satire of Billy Corben, to the importance of the specialist culture of John Quelch, rector of the School of Business Administration at the University of Miami, who mentioned the activation of new degree course in Sustainable Business, as a response to the ever-changing social and economic impact of the city.

Eric Gertler, chairman of the US Network & World Report claims that for 75 million jobs forgotten in recent decades, there are 75 million new jobs that involve the use of new skills that require collaboration between government instructions and colleges and that offer opportunities for companies to have people with different disciplinary backgrounds around the table.
Analyzes the connections between architecture and identity through historical research and project speculation, Germane Barnes, of Studio Barnes in Miami, which identifies architecture as an opportunity of material transformation, conceptual and social, thanks also to the amplification of the resources made available by state and private institutions.

“Man comes first” says the artist Robert Young, present at the summit with his latest work: a celebratory book with images that stimulate interactive storytelling and cultural diversity.

But from an architectural point of view the urban development of Miami started from the revitalising of the cities data, alternative materials, better practices, and technology, the future must take into considaration the peculiarities of the city, culturally vibrant and artistically in ferment. According to Dan Mikesell the merit “It is not to be attributed exclusively to Art Basel and its entourage of satellite fairs that launched it on the international scene, but to the will of the people who live it, to build something together starting from creativity, joy and from the love that art and the city can offer”. Dan Mikesell and his wife Kathryn, are actively involved in the artistic community of Miami and together they founded the Fountainhead: a collective of artistic studios and residence that aims to getting to know local artists, promoting their art and putting them in relation to the community of collectors, exhibition spaces and the world art market. According to Dan: “The best way to invest in the city is to buy works of art from local artists”.

Testifies Typoe, a multidisciplinary artist in constant tension between the dark recesses of the urban subsoil and the ironic criticism of the society that opened his studio in the city: “It is very simple to be an artist if you are born in Miami because creativity flows in people’s blood “.

According to the artist Najja Moon the problem of gentrification emerges in redevelopment of Miami, to which the cost of the buildings are excessively expensive and unsafe considiring the dramatic climate changes.

Coby Karp claims it is necessary: ​​”To innovate in the construction and support resiliency”, proposing different housing solutions.
Urban development as a social collaboration but also urban development as a future for health and well-being, was stated by Casey Zap. He is the founder of Center for Subtropical Affairs and activist in the Fairchild Tropical Botanic Garden, an 83-acre botanical paradise, together with Andrew Quarrie, and Lisa Merkle. Casey returned to Miami after 17 years to found Box Greens, a non-profit organization dedicated to the cultivation and harvesting of fresh vegetables in communities under served using the innovation of agricultural technology of hydroponic incubation.
The Fairchild Tropical Botanic Gardens, which at the end of the summit offered STEM laboratories, represent the epitome of South Florida for the Miami artist, Magnus Sodamin, presents at the summit with his work halfway between abstraction and landscape work, which powerfully portrays the lush nature of Florida and has been the background for the entire duration of the summit.
Urbanism Summit, in addition to having counted on a substantial collective participation, has offered multiple points of view and points of growth, creating a dense network of connections through which it is possible to significantly improve the quality of life of the Magic City. Andrew Quarrie is very satisfied and presented at the summit, a wooden celebratory brick, a prototype brick, while thinking about how to improve the edition planned for 2020.