The theater installation by Stellar Work at the Manzoni Gallery for the Milan Design Week. 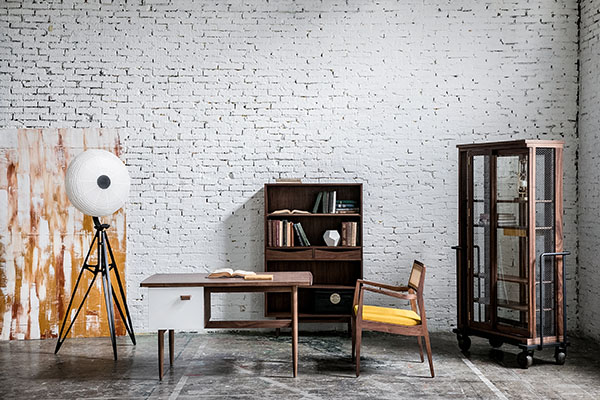 Design Miami is to Miami like the Milan Design Week is to Milan. Indeed, the Salone del Mobile, including the Salone del Mobile and the whole set of exhibitions, special openings, DJ sets, cocktail parties and site-specific installations that make up the Fuorisalone event, have been a source of inspiration for Craig Robins, creator of the American-based event that over time has become an important attraction during the first week of December, during the Miami Art Week. 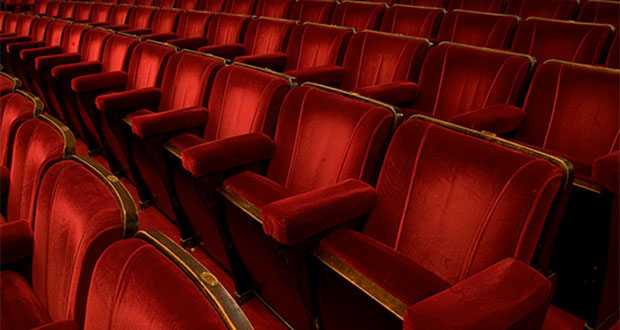 This year on the occasion of the Milan Design Week, from April 8 to 14, the Asian brand Stellar Work, exhibits in a room of exception, the Galleria Teatro Manzoni, adjacent to the homonymous theater, one r of the most prestigious in Milan. In the middle of the Quadrilatero della Moda, the Manzoni Gallery was built at the end of the 40s by Alziro Bergonzo and thanks to the restoration that took place in recent years, the Gallery has once again become an urban treasure in the heart of the Lombard city, which lends itself well to artistic and design events such as the installation The Montage, by the Japanese brand Stellar Work. The installation that shares the entrance foyer with Behind the scenes by Agapecasa, displays pieces created by the creative directors of the Neri & Hu brand with longtime collaborators: Space Copenhagen, OEO Studio, Yabu Pushelberg, Jens Risom and Vilhelm Wohler , and the new entry, the Australian Tom Fereday. 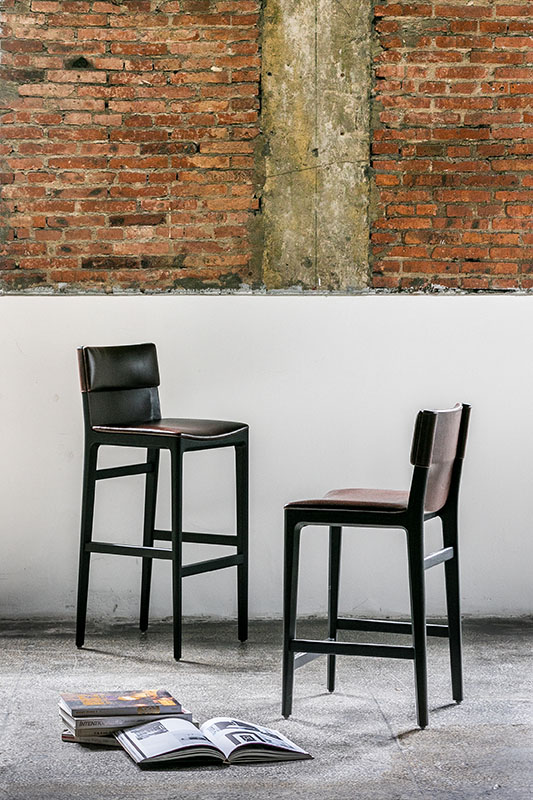 The Stellar Work project, inspired by the adjacent Teatro Manzoni, starts from the concept of theater as an exhibition place where to see and be seen, a place where the figure of the performer combines with that of the spectator with a skillful mixing of architectural elements with furnishing complements of Stellar Work. The installation consists of a collage of theaters arranged in a sequential path along the Gallery, each of which includes its own arrangement and its own palette of colors that gradually change color to act as a stage, which, in addition to displaying the collections, brings in the spotlight visitors, with framed openings that offer more points of view, also allowing views from the outside. 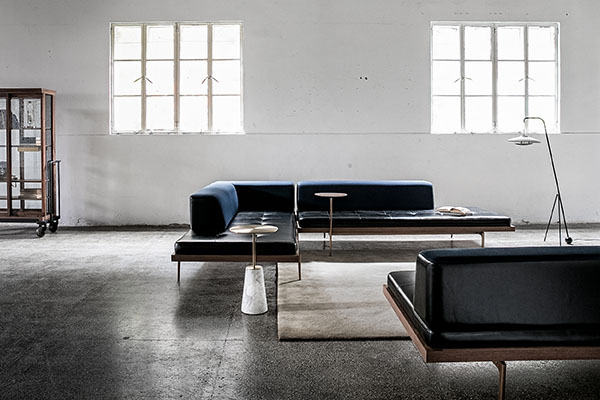 Inspired by the concept of simplicity and elimination of disorder, based on one of the seven principles that govern the aesthetics of Japanese living, the Kanso, the lines of Neri and Hu are composed of simple and pure elements. The sofa of the Discipline series is undoubtedly impactful: a rigid wooden shelf surmounted by soft cushions, combinable and coordinated with the table, stools and chairs, structured by the marble base in contrast with the brass top. Nothing like a wardrobe in a poor art style revisited and combined with the practicality of a tubular structure on wheels (Cabinet of Curiosity) can give personality to a room, especially if instead of the traditional minimal ebony bed there is Down, that is the version modern of the classic bed with headboard, where the padding is suspended inside the structure in walnut wood. 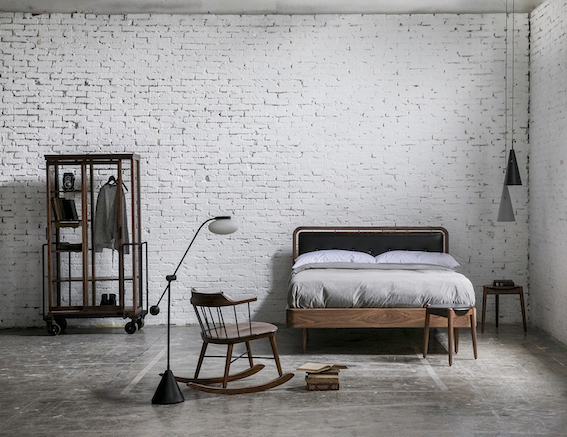 Among the pieces on display, in collaboration with Tom Fereday, the Crawford collection: a hymn to the Asian sensibility that focuses on the search for the essential given by the form, and by the refinement in taste for natural materials, tactile finishes and subtle details. The collection includes a sofa, a bed, tables and a dining chair.

Space Copenhagen has created for Stellar Work the collection of stools and benches, The Freja, which combines the visual appeal of Scandinavian sculptures with Japanese design, two collections of lamps to be used both as an architectural element and as accent lighting: the Haro lamp, which literally means halo and is composed of a floating glass opal with matt powder-coated metal finishes; and the Yama conical suspension lamp, whose shape refers to the meaning of the word, mountain. The combination of modern elements that recall the vintage lines of the Mid Modern Century is the basis of Jens Risom’s projects, which proposes the homonymous collection composed of a sculptural armchair, a bookcase, a coffee table and a desk, while completing the Louisiana series inspired by projects for the Louisiana Museum in Denmark, the stool and the three-legged table by Vilhelm Wohlert. 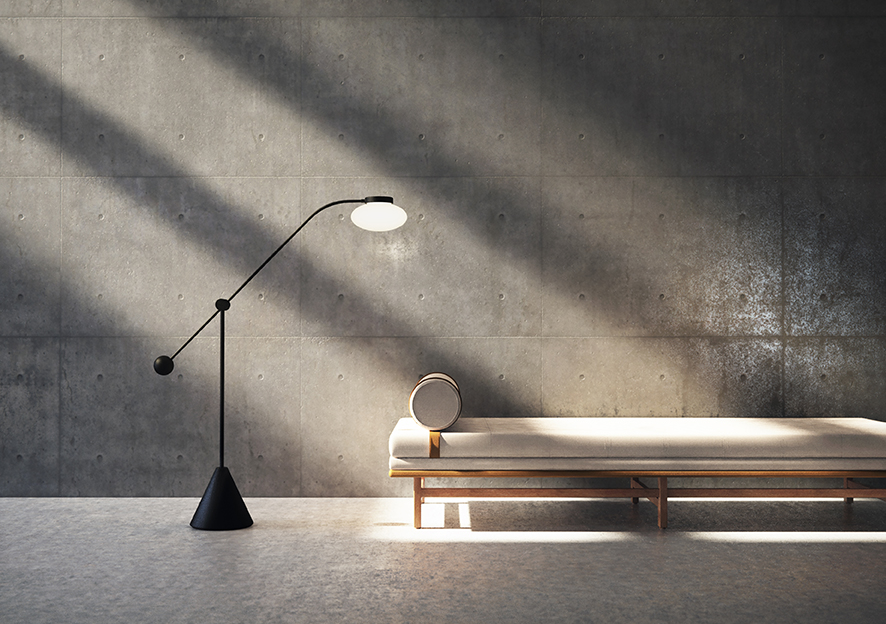 The idea of ​​harmony and balance, fundamental in oriental culture, are in the design of the SW Daybed and in the Lucent pendant lights by OEA, as well as in the chairs and in the Taylor table by Yabu Pushelberg: chameleonic structures that blend well with both sophisticated interiors and minimal ones. Part of the Exchange Collection is the Rocking Change, rocking chair with a traditional Windsor design revisited with steel spindles inside a wooden structure, designed by Crème.

The aesthetic refinement and the power to transmit positive vibrations and serenity to the environment, make the Japanese aesthetic one of the most appreciated design lines in our times and these aspects, combined with the use of characterizing materials that recall nature, by composition or shape, make Stellar Work the world leader in Asian design reinterpreted for an international audience.