The Sagamore Hotel in Miami Beach hosted Arno Elias “I’m not a Trophy”. 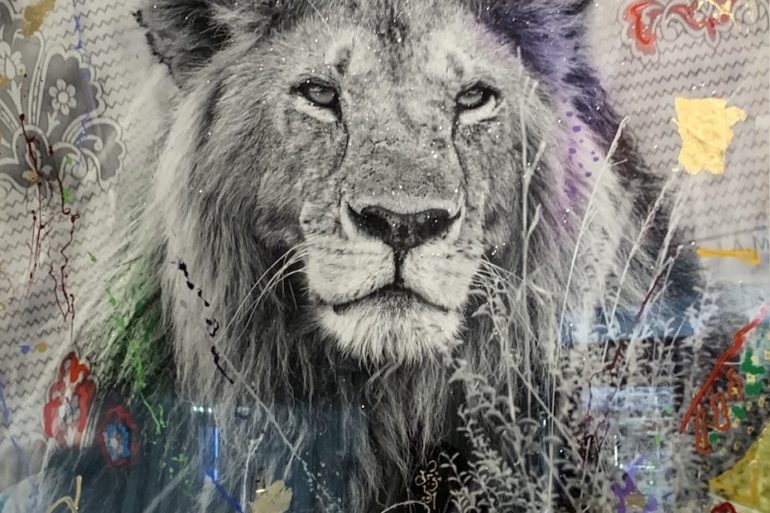 The Sagamore Hotel in Miami Beach, also known as the Art Hotel because it serves as an art platform, hosted the opening ceremony of the exhibition named after the foundation, “I’m Not a Trophy” by Arno Elias. Photographer, artist, activist and multifaceted character, represented by the Markowicz Fine Art Gallery, based in the Design District, which also represents several other talented artists such as Carole Feuerman, Idan Zaresky and Alan Godon of whom he is an exclusive agent.

The exhibition, among the halls of the Sagamore Hotel, highlights more than fifty small, medium and large-format works with which the artist, through the foundation I’m Not a Trophy, wants to focus on endangered animal species: lions, gorillas, elephants, tigers, giraffes and cheetahs, majestic animals emblem of the wild, which now risk disappearing forever from the face of the earth, like dinosaurs. But if the extinction of the dinosaurs is to be attributed to an external agent, the fault of the extinction of these animals lies exclusively with man, who for greed and selfishness, sacrifices their natural environment to make room for resorts, by exporting meat, horns and tusks or even worse to display them as hunting trophies to hang proudly on the walls of the house or on the floor next to the fireplace.

I’m not a Trophy, is a foundation born in collaboration with the model and ambassador Cara Delevingne who fights firsthand alongside Arno Elias to avoid the havoc of endangered species by inviting, through art, people to think that it’s too late.

Extinction that does not only affect the animal world but also the human species of the indigenous peoples living in the wild areas as guardians of nature of a world now alien to what we call civilization. The I’m not a Trophy foundation is having a significant resonance box to the point where it was invited to attend this year’s 74th United Nations General Assembly in New York.

The exhibition by Arno Elias highlights works of art that further amplify the beauty of the species represented. The works are taken from photographs that Arno Elias takes personally and then prints on paper with archival pigments, sometimes using the double-point technique i.e. overlapping a combination of two images of which one with a lower opacity, and then adding colors, textures, symbols and drawings that make each work unique and unrepeatable. A full-bodied exhibition that highlights all the beauty and majesty of a world destined to be lost and to remain for future generations only a tale of collective memory.

“This art exhibit is about the last wild, the last chance we have to act before these iconic species are only visible at the zoo . It is also about indigenous cultures, they are in many ways the guardians of the wild: without the tribes, corporations face less pressure to respect the environment. The Earth has lost 60% of its wildlife in the past 40 year. Collectively, we can change the course of our vanishing wildlife on earth”, said Arno Elias about the project. 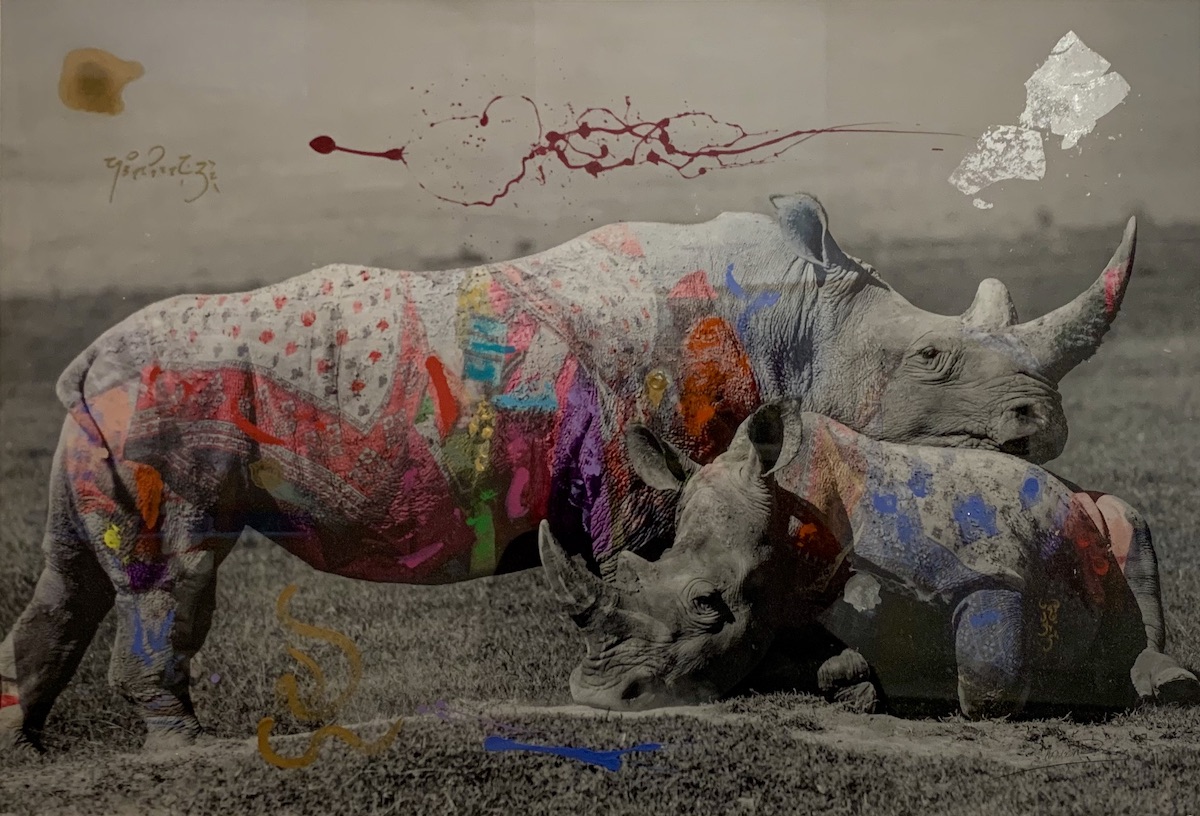 Rhino Love by Arno Elias. Hand painted Gold leaf and diamond dust. 41 x 30 “To better explain the seriousness of the situation to the visitor, Arno Elias added information notes, on which in addition to describing the importance of the animal species to the ecosystem, it offers numbers, an idea of the aberrant situation we are facing: The lion, the king of the forest, the chief predator, is estimated to have decreased from 450,000 specimens in 1940 to 20,000 of the current days. It is hunted as one of the most coveted hunting trophies and the male lion is worth up to 50,000 euros; the tiger, characterized by the beautiful streaks on the mantle has lost forever 3 of the 9 subspecies that characterized it. Currently it is counted that only 3000 tigers live in their natural environment, they are hunted for the mantle with which people make carpets;  the giraffe, on the other hand, is silently extinguishing itself: it is considered a lucky charm and therefore is embalmed and sold to collectors.  It is also killed to extract its brain and bone marrow that is mistakenly believed to cure HIV/Aids. The earth has lost half of its existing giraffes in the last 20 years. The African Elephant is one of the largest and longest-lived mammals in the world and an estimated 100 elephants are killed every day to steal the ivory tusks that circulate on the black market. 95% of the rhino population has disappeared in the last 40 years due to the illegal trade in horns, which can be worth up to 500,000 euros each– a higher value than gold, diamonds and cocaine. Cheetahs, the fastest animals on earth, of which since 1960 there’s 7100 left and of those, many are taken away to be bred as luxurious puppies for affluent people. Finally gorillas, the greatest primate capable of experiencing the same human emotions: adults are hunted to eat their wild meats or to be stuffed as a piece of furniture while the puppies are given to zoos or to become pets.

Nothing more heartbreaking that deserves immediate action and to which the exhibition of Arno Elias represents a visually unique and fascinating campaign with which to help educate the new generations and convert people to reflection in favor of the cause. Some of the proceeds from the works on display will be donated to the I’m not a Trophy foundation, with the certainty that the human consciousness can still be shaken, thanks to the sublime images of Arno Elias.