The LOWE Art Museum of Coral Gables pays tribute to the eclectic genius of Leonardo da Vinci on the 500th anniversary of his death. 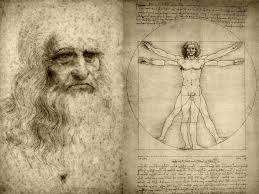 Scientist, inventor, artist and humanist, the genius of Leonardo da Vinci (1452-1519) was also celebrated by the LOWE Art Museum of Coral Gables which wanted to remember the five hundredth anniversary of the death of the genius with a special event in collaboration with the Department of Physics and the FROST School of Music of the University of Miami (UM).

While Italy and France are discussing the loans of works of art previously granted and then retracted for a dedicated exhibition-event, the LOWE Art Museum recalls the memory by carrying out interactive scientific experiments that have been able to excite young and old. Beyond the artistic production for which France (a country in which Leonardo has lived in the last years before his death) has 5 paintings and 22 drawings by the Vincentians over the less than twenty still existing all over the world (and with the discontent of Italy that boasts his birthplace) Leonardo da Vinci was a revolutionary character even in the engineering and scientific fields, even before Galileo provided the beginning of what was later modern science with the introduction of the scientific method.

Leonardo was in addition to the recognized genius who he was, a curious character of the phenomena inherent in nature, an observer of an extraordinary accuracy that has interested himself in all sciences: from mathematics to statistics, from physiology to botany, from geology to astrology, from optics to zoology. In other words, the precursor of modern scientists. A peaceful man, convinced vegetarian, who despite everything has designed war machines with all the contradictions also present in today’s society.