The iconic Riva of the Ferretti Group brand on display at FLIBS 2018 with innate elegance and timeless style that cross history and modernity. 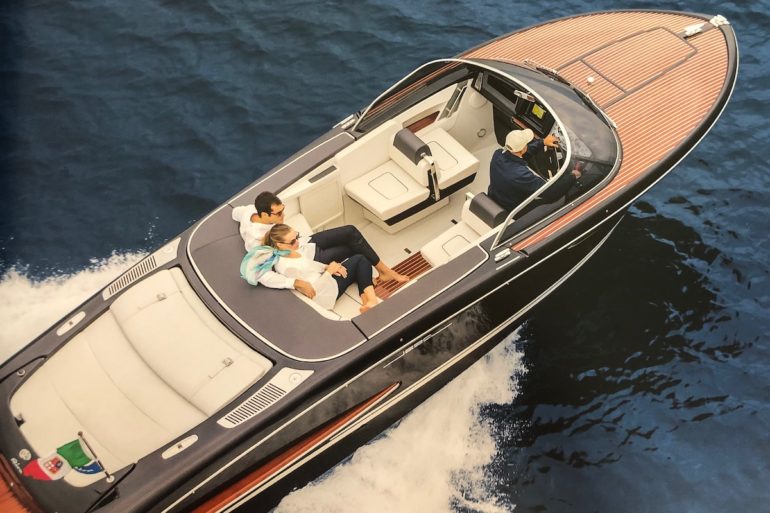 The iconic Riva brand, since 2000 part of Ferretti Group, has exhibited at the FLIBS 2018 some models with strictly Italian elegance combined with the innovative technical characteristics of the 21st century. Models present: Riva 88 ‘Domino Super and Riva 88’ Florida, Riva Shore 76 feet long, Riva Rivale, 56 feet, Riva Rivamare,  39 feet, Riva Acquariva Super, 38 feet and Riva Iseo, 27 feet. The emblematic name of the latter brings us back to the history of the Riva brand: Iseo, like the lake on which  Sarnico faces. Sarnico is a town in the province of Brescia where what later became one of the cornerstones of Italianness in the nautical world was born, the Riva brand. 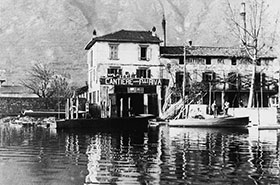 It was in fact in 1842 that Pietro Riva, after a devastating storm, managed to recover parts of boats, winning the trust of the local people thus giving rise to the first Riva shipyard to which his son Ernesto brought innovations introducing the petrol engine on boats and dedicating himself to boats pleasure craft. It was Serafino Riva who, after the war, managed to transform his grandfather’s yard into the iconic Riva brand, winning, between the 20s and 30s, numerous competitions that saw him compete with racing motorboats with, his friend in life and rival in water, Giuseppe Guerini, nicknamed the “Nuvolari della Motonautica” and thus delivering the brand to history. Around 1950 the spider of the sea was born, the sports motorboat that will later become the Corsair, and Carlo Riva will direct the family business selecting the best materials and the most expert craftsmen who define the Riva creations as real objects of desire from royal families, celebrities, sportsmen and businessmen. In fact, there are legendary images of Riva’s repertoire, which represent paparazzi, divas with scarves and sunglasses, cover loves, luxury and timeless elegance. Images that go around the world and create the myth of a sweet Italian life. 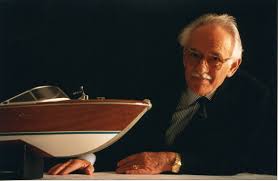 A wide range of celebrities have identified Riva in the style and refinement of Italian taste: from Brigitte Bardot with her Florida to King Hussein of Jordan who moored in Santa Margherita Ligure her Super Aquarama, to Anita Ekberg with her Triton, to Elizabeth Taylor and Richard Burton, who used a Junior as their yacht’s tender, to the Shah of Persia who fell in love with Riva 2000 and Sofia Loren. Not even the most charismatic among the 007 was immune to the Riva charm; Sean Connery, bought a Rudy, three years after giving up the famous series.

Eulogy to the genius of Carlo Riva was to identify the phenomenon of the myth of speed and racing cars giving rise to a series of wooden boats with an unmistakable design: among these the Ariston, followed by the first twin Tritone, the Sebino which inaugurates mass production and Florida, whose name evokes the trendy American Dream era, with the famous cinerama, huge experimental movie screens on which films were projected and from which took inspiration the Riva’s brand symbol: the Aquarama model, with the prototype Lipicar 1, whose slogan focuses on three simple keywords: sun, sea and joy of life. The dream of a sweet Italian life with an American flavor. 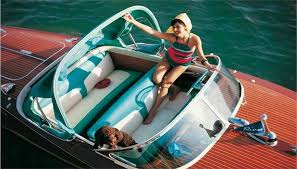 But the harshness of the Italian trade union climate disheartened Carlo Riva to the point of taking him to sell the family business to the American Whittaker maintaining the positions of President and General Manager. In 1969 the fiberglass production was born with the first two models: the Bahia Mar 20 ‘day cruiser and the Sport Fisherman 25’ cabinet, with the finishes of both visible wood models, as tradition dictates. Between 1970 and 1990, St. Tropez and Superamerica were born, which will be the first major cabin to remain on the market for over 20 years. Carlo Riva renounces his duties in 1971, giving way to Gino Gervasoni, husband of his sister and his partner since the 50s.

The production of runabouts continues until 1996 with the construction of the Aquarama Special, number 784, the last product produced. Gino Gervasoni will abandon the company by ending the Riva family’s participation in the family business 41 years later to sell the brand to the British group Vickers, owner of the Rolls-Royce brand.

In 1991 Riva presents the first boat designed by Mauro Micheli, the 58 ‘Bahamas, at the Genoa Boat Show.

It is only May 1, 2000 that the Riva group returns to be part of the tricolor flag thanks to Norberto Ferretti, long-standing friend of Carlo Riva and president of the Ferretti Group that recognizes the excellence of the brand. He acquires the shipyard with the precise objective of restoring luster to the brand and products by focusing on Riva’s quality, design and unequivocal uniqueness. A great ceremony on Lake Iseo, where the Riva shipyard originated and became famous after Christo’s installation entitled The Floating Piers: a parade representing all the models produced over time, at the head of which was the Aquarama, Carlo Riva on board and Norberto Ferretti signing a partnership that will last over the years guaranteeing the high quality of Italian craftsmanship and the design, in compliance with the canons of Riva, of the internal and external environments entrusted to Officina Italiana Design. 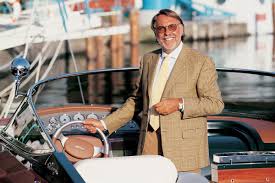 Since then the Sarnico shipyard has been home to La Plancia, the futuristic studio of Carlo Riva, protected with the whole building site by the Superintendent of Environmental Heritage, while the productive, technical, logistical and commercial center is instead in La Spezia and extends a total area of ​​over 60,000 square meters, of which almost 13,000 square meters  are covered.

Today, Riva and Ferretti Group are present in Asia, and in America, in Fort Lauderdale precisely with the American Manager Benjamin Croucher, always in tune with the Riva philosophy that can be summed up in the words of Mauro Micheli: “We do not love boats ‘rowdy’, from which leak solutions of pure formal virtuosity. We do not indulge in free connotations, of too easy scenic impact. We love classic design, rigorous and clean, where the key word is to remove, not to add. With the aim of achieving the essence of a unique, unmistakable style, where innovation meets and develops in the harmony of a tradition that has become a legend “.

The exceptionality of the Riva boats are the interiors that make them real floating works of art, be it open, flybridge or coupe.

Around the brand rotates an entire merchandising made from scale models, entrusted to Kiade, a leading company in the industry, for those who can only dream of a miniature model Riva. In addition to this, T-shirts, hats, scarves, cases, key rings, books and home furnishings: lamps, chairs and tables for those who do not even renounce to the Riva brand on the mainland.

Although the concept of small boat is still far from the concept of American Boat the FLIBS has revealed a growth of over 9% compared to 2017, representing today 36% of the Ferretti Group market, thanks also to Allied Marine, historical company American yacht marketing and exclusive dealer for Ferretti Group. 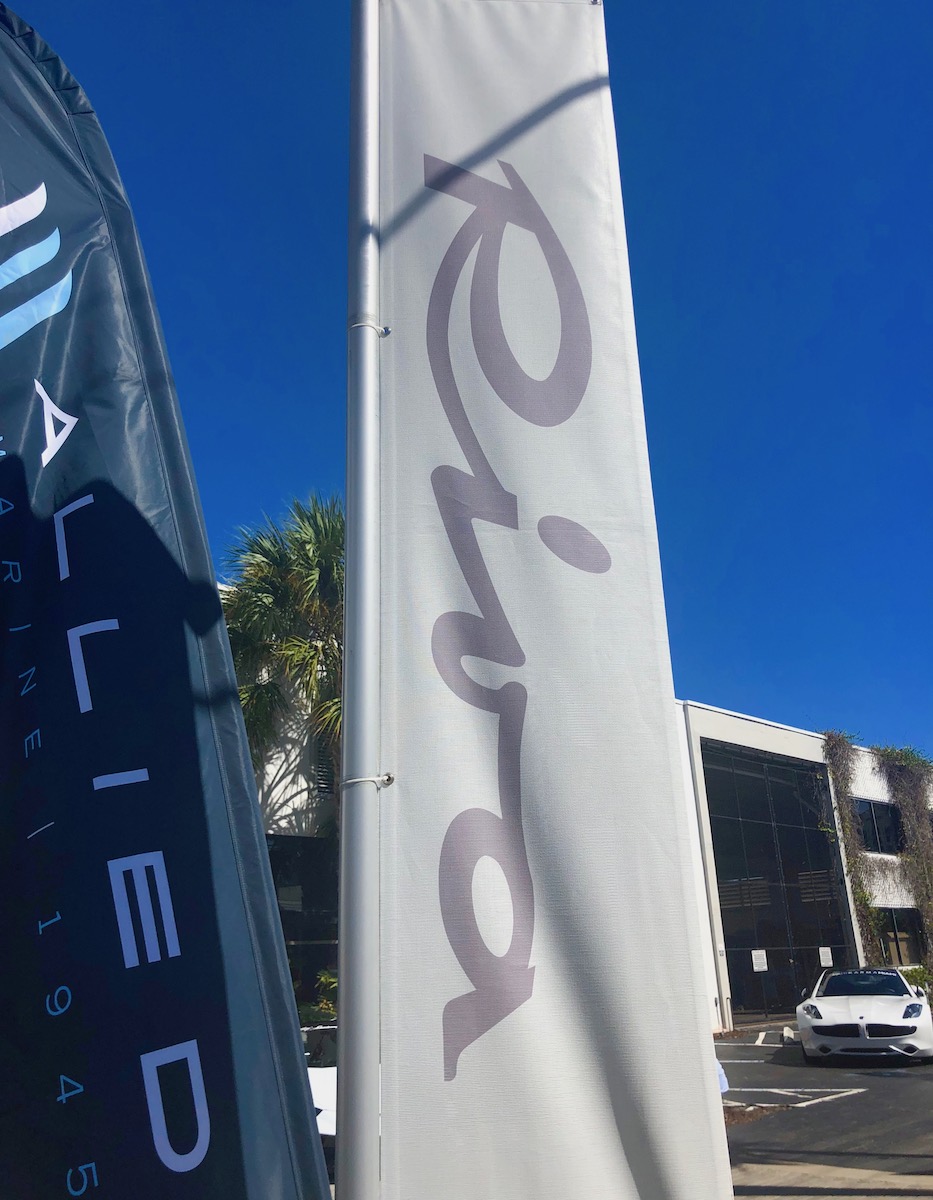