The iconic Lionel train brand and the Lionel Collectors Club of America in Chicago for the annual convention. 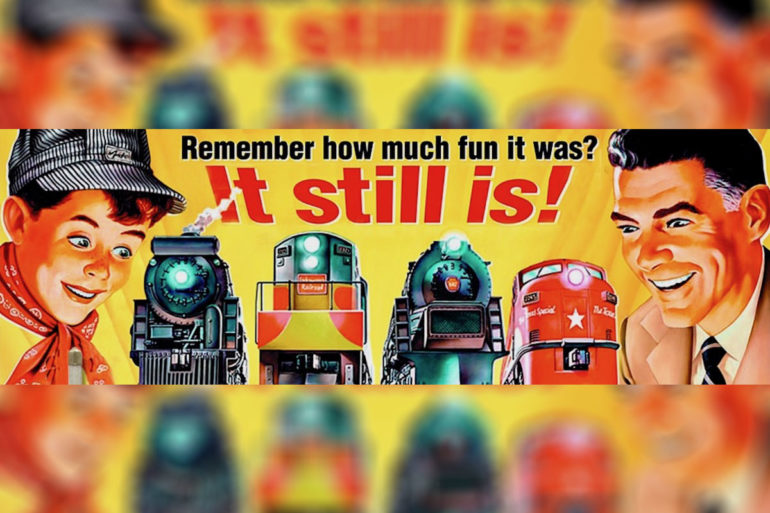 If in the collective imagination the train arrived all over the world, handed down from generation to generation as a game linked to American traditions, the merit goes to Coca Cola that inserted it in its advertising in the 80s and with whom he worked in partnership for the construction of multiple theme models, as well as of Lionel.

Known for pure chance in Chicago, this fascinating reality immediately entered in my family’s and my ropes and we obviously became members of the club.

The story, as told by Al Kolis, outgoing president and CEO of the Lionel Collectors Club of America begins many years ago in New York, by Joshua Lionel Cowen, a young businessman who decided to exhibit on Christmas as an integral part of the window dressing , a train. It is only when people enter and asks to be able to buy the train instead of the goods on sale that Lionel decides to start building. Thus began the iconic 17-and-a-half-ounces Electric Express train, originally assembled in a Manhattan Murray Street loft.

Since then, between changes of structure and transfers of capital, many things have changed, starting from the american production then moved to Mexico in the 1970’S and then Dick Kughn baught Lionel and moved manufacturing back to Michigan. In 2001 they closed the Michigan plant and moved to China manufacturing, always operating in accordance with the precise standards defined by the Lionel Corporation LLC In the same way the image of the train has followed the times, evolving into more complex trains with circuits capable of generating pre-recorded sounds, recording video and being managed remotely by downloading applications from iPhones and tablets.

Despite all this Lionel, in its more than 100 years of history, is a brand that today has been able to bring together young and old in the Lionel Collectors Club of Ameria– LLCA. 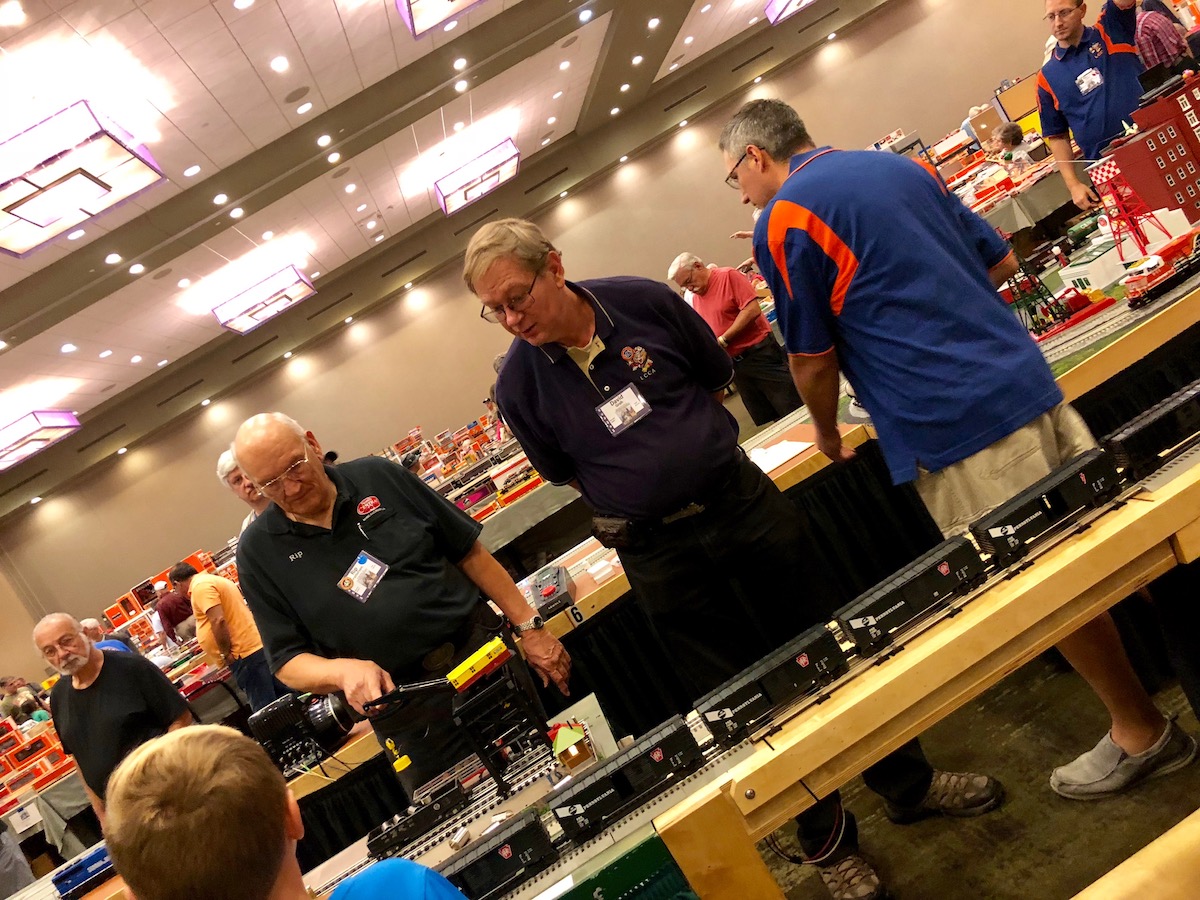 Born 48 years ago, the club now has about 8500 members throughout the United States. Every year, in a different city, often where there is the possibility of discovering a part of history related to trains, a week-long meeting is organized. The range of people that make it up is vast: from simple passionate experts, doctors, engineers, people who participated in the design of the Black Hawk (a military helicopter) to chemists, from  fathers and sons, to retired grandparents with the grandchildren, who have had the luck  to get excited about the art of the train and who, with the occasion of the annual meeting, share a week in joy and lightheartedness with the opportunity to know and see something new. But the annual gathering is also a means to see old friends and meet new ones. Living this meeting gives the feeling of being part of a family. Obviously there is the possibility to buy or sell a model of difficult prerogative on the common market, occasionally touching astronomical figures that come to touch the $ 100,000 as happened some time ago, or more simply to buy a model to keep in the box to watch and fantasize a little with. The peak of Lionel train collecting was in 1980. 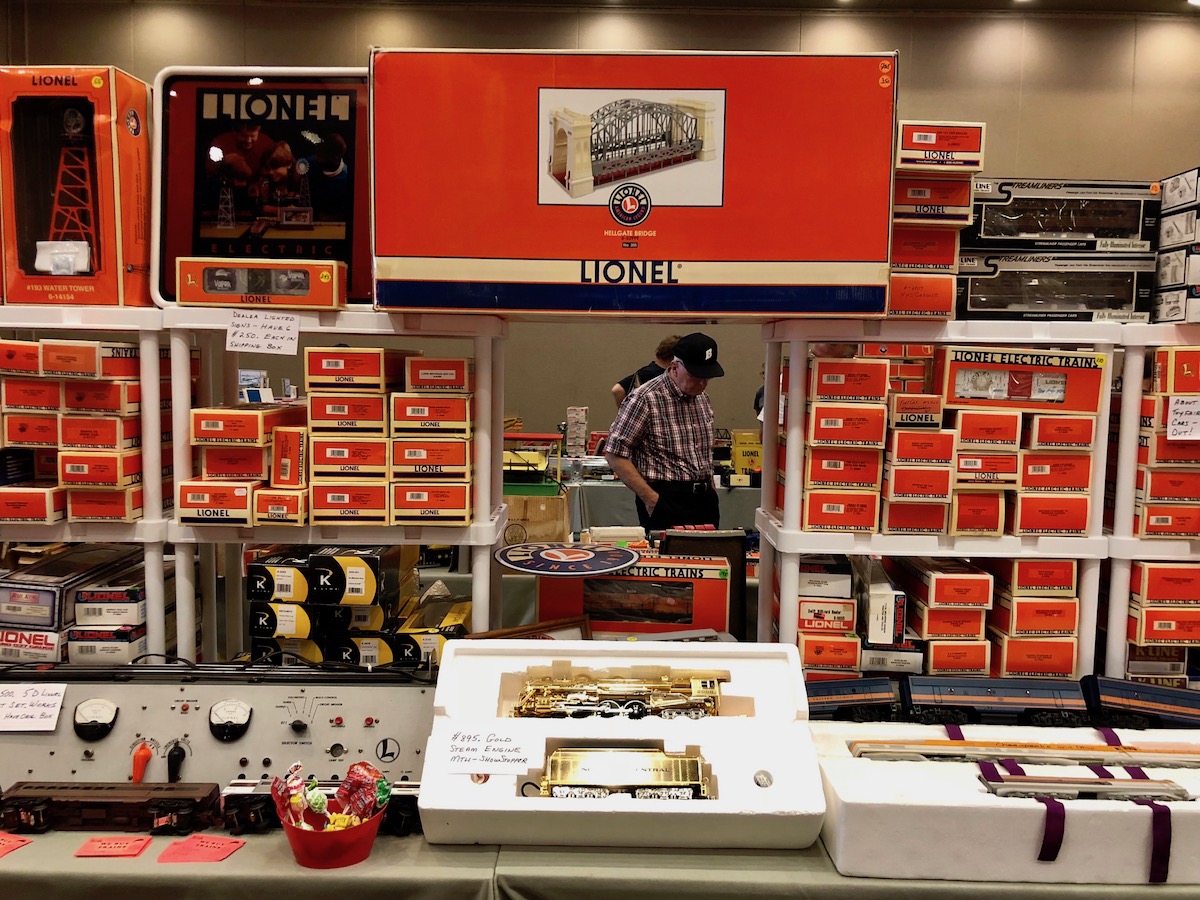 But the Lionel Collectors Club of America, which still counts many fans in the rest of the globe, including Italy, is much more than that and with the aim of keeping an object that has become an American icon among toys, it tries to strengthen the relationship interaction-hobby-charity, where charity means the destination of proceeds goes to charities and the organization of events for sick children. Last year Tommy, a keen 7-year-old boy with leukemia from the age of 2, during the intense period of treatment to the question If you could be anything for a day, what would it be? He expressed a desire to be a train leader. LCCA took Tommy’s wish to heart and realized it: with an itinerary designed for the occasion, Tommy was the conductor of the Tacoma Rail and played the train’s trumpet all day. The experience he has experienced will remain in the heart of Tommy and of those who have participated in his joy forever. There are many children like Tommy and medical studies have highlighted the beneficial influence of the train on autism: its scanned movement reassures and reassures them. So as well as giving emotions that remain with us for life, LCCA helps children find their smile. 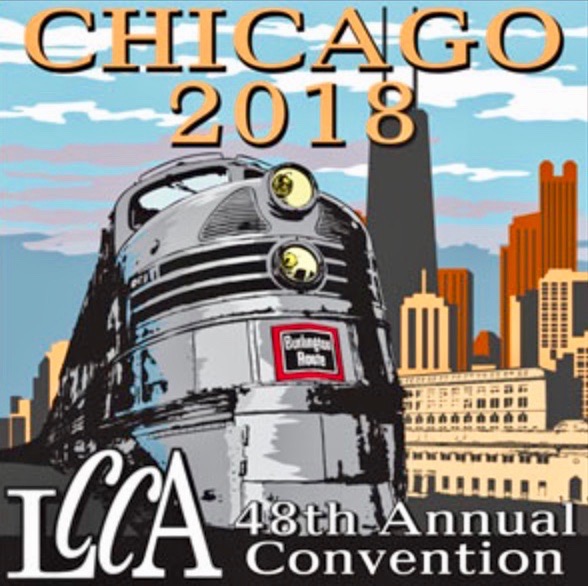 This year, the goal of the LCCA Annual Conventions and Toy Train Shows was Chicago, and it was an eventful week: Monday, the Illinois Railroad Museum, the largest railway museum in the United States of America, with the exclusive opportunity to see the five rail cars not accessible to the public. On Tuesday, the members took the sunset cruise along the river and Lake Michigan. Wednesday visit to the Queen of trains in Chicago, Ellaine Siles of Huff & Puff Industries Ltd. who deals with the design, production and installation of customized Indoor & Outdoor model railways and Christmas displays on a national scale, which includes Tiffany customers and Hancock Center. Ellaine opened her home, The Wandering Tree Resort born at the foot of a chestnut tree, to members of the LCCA who had the chance to see the installation of the miniature Chicago, conceived with her son in honor of her late husband, a lover of trains.  In addition to this, the Place de la Musique of San Filippo Estate with its rich collection of miniatures and musical instruments, including the most versatile pipe organ ever built in the world with the console modeled on the original of the Paradise Theater in Chicago. On Thursday, first visit to the Illinois Live Steamers with its perfectly scaled miniature trains that will transport the members of the LCCA and the Chicagoland Lionel Railroad Club (CLCR), a private club that takes care of reduced-gauge Lionel trains, to the estate. Lionel Ambassador of the Club of the Year is awarded in 2016 and 2017.

The day began on Friday with a visit to the Museum of Science and Industry (MSI) among the largest scientific museums in the world. Renewed after 60 years in 2002, the museum has been reopened with an area increased by 50% and has been home since 1941, the Transportation Zone which contains permanent exhibitions such as The Great Train Story which with its 330 square meters contains a replica of Stephenson’s Rocket and the 999 Empire State Express, steam locomotives able to exceed 25 miles per hour for the first and 100 miles / hour (160 km / h) in 1893, the second. Second round of the day tour of Chicago by bus and stop at the main attractions of the city including the Union Square, called “America’s Last Grand Railroad Station”, the last major train station in America with the Beaux Arts-style waiting room. End of the day with the boat tour to admire the Chicago skyline full of architectural history. The last “tourist” stop of the week is the Art Institute of Chicago with the two large bronze lions that flank the entrance and with over 300,000 masterpieces, ranging from Chinese to contemporary art, are among the most interesting museums in the USA. 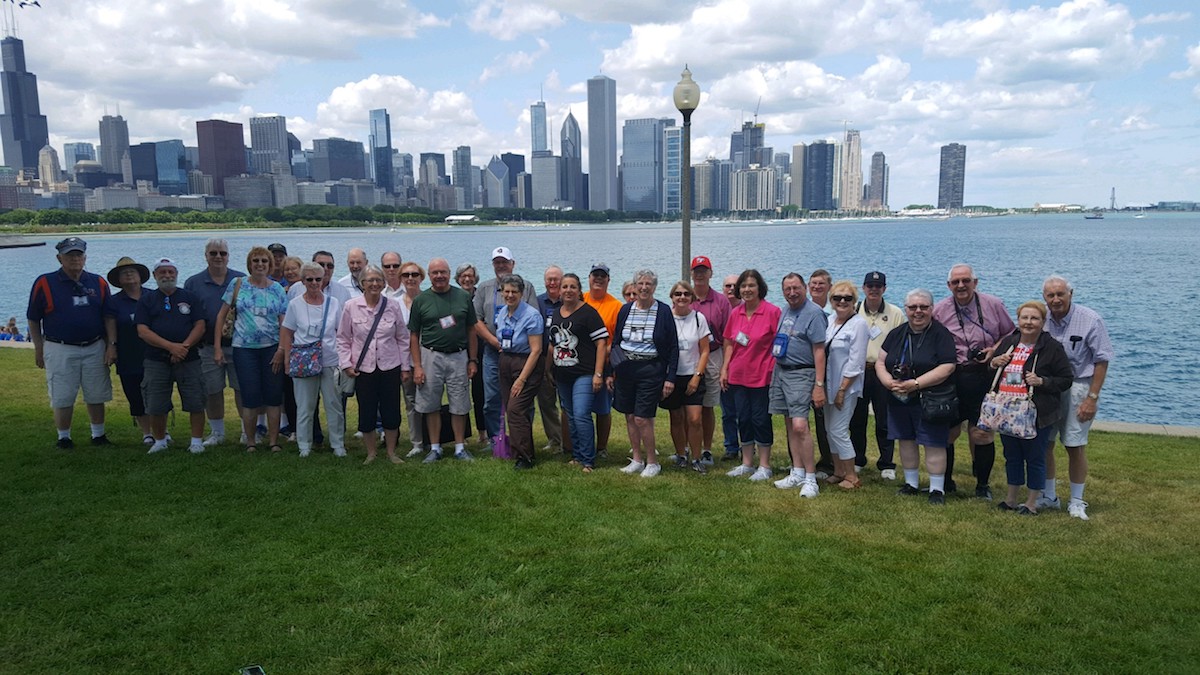 Saturday open to the public with the possibility to become members of the club (also online at: www.www.lionelcollectors.org) closing ceremony and festivities.

In addition to all this, courses, seminars and meetings, planned over the entire week that have celebrated the greatest hobby in the world with the inevitable presence of Angela Trotta Thomas, who has collaborated with the LCCA for over 25 works with her iconic painting and given the importance deserves an article in its own right.

And even if the National Registry of Historic Place has never designated a plaque in favor of Lionel LLC that with its orange packs and its logo has played together both children and adults, the brand will always remain in the heart of those who, with those little trains, he has dreamed and knows how to dream again.

3 thoughts on “The iconic Lionel train brand and the Lionel Collectors Club of America in Chicago for the annual convention.”