The art of Riccardo Franzoni, a tribute to the greats of the past between oil painting, decorations and strappi d’affresco. 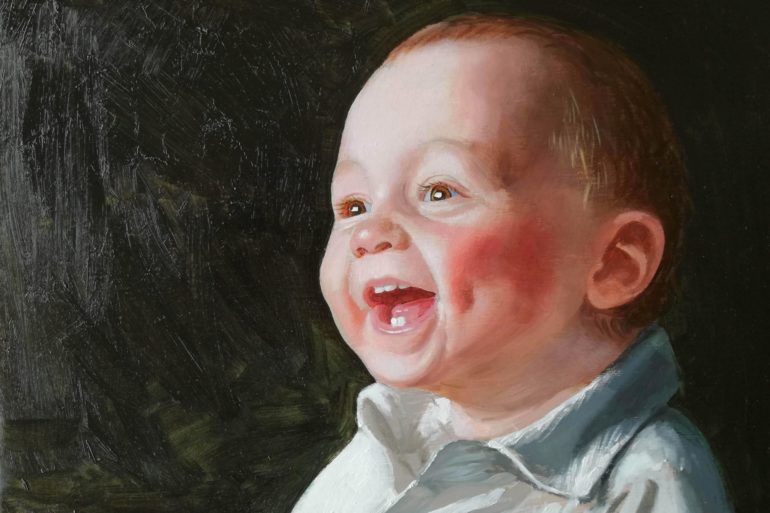 Riccardo Franzoni is an Italian artist originally from Brescia who has made his childhood passion his life’s work and whose passion has increased exponentially thanks to the knowledge he acquired during his formative and cultural growth.

After brilliantly completing his high school diploma at the Caravaggio Art Institute in Brescia, obtaining a diploma as a master of art in pictorial decoration and later in applied art, Franzoni perfected his painting technique by obtaining a degree in painting with full marks at the Brera Academy in Milan. During his years at the Academy the artist frequented the adjacent Brera Art Gallery where his spirit did not remain inert to the beauty of the masterpieces of art history preserved in the museum. Riccardo comes into direct contact with artists previously studied exclusively in books: he has the opportunity to observe and copy live the works of Raffaello Sanzio, Andrea Mantegna, Leonardo Da Vinci, Caravaggio and many other great artists who do not leave his artistic emotion indifferent.

Their influence, in spite of Franzoni’s clear ideas, is remarkable and the artist, not satisfied with the academic education given to him, decides after graduation to attend the artistic studio of the Realist Master Gabriele Saleri, a professional painter who has adorned the rooms of public institutions and private collections. Fascinated by the all-Italian excellence of fresco painting, which represents an exclusive art form, originated with the Pompeian frescoes, to move on to Giotto’s ‘300’s up to the lesser known artists of the very early ‘800 and ‘900 and who frescoed private residences, colleges, convents, and chapels, he decided to deepen the niche technique of “strappo “d’affresco, which consists of transporting on canvas, a wall painting, making it available to museums, galleries and private collectors. From the decorative point of view, the “strappo d’affresco” are an absolute beauty for the sense of the passing of time that they express, being at the same time contemporary and never trivial, in any context they can be inserted and dedicated with passion working for several years at a specialized institution, where he has the opportunity to learn the different, but equally delicate, fresco and strappo d’affresco techniques.

In 2004 he opened his painting studio, first in Nuvolento and then in Serle, in the province of Brescia, Italy, where he lives and works, alternating the artist’s craft with the teaching of artistic techniques in different schools in the city. While continuing to perform fresco paintings and decorations Riccardo Franzoni prefers the technique of oil painting. Through the rendering of oil colours and his artistic sensitivity he is able to filter the reality that surrounds him by communicating his emotions, whether it is a still life – clearly Flemish inspired – or portraits, in which he is able to cross the artistic representation to capture the soul of his subjects or sacred works, for which we Italians are genetically voted and in whose representation we possess that “halo” of rigor, mysticism and devotion that allows us to represent our soul.

In his artistic career he has participated in numerous solo and group exhibitions, gaining critical and public acclaim. In the work selected all the candor, sweetness and spontaneity of a child’s smile: the representation that the artist makes of him seems so real that you can hear his laughter. The title Bubu-Settete refers to a game that is played with very young children: putting your hands in front of your face, you cover your eyes by saying “BuBu”, and then take them off by exclaiming “Settete”. The etymology of these words is unclear: it seems that Bu for the Etruscans corresponded to the noise of thunder, to the strength of the wind, to something that nevertheless aroused fear while the Settete has no particular meaning except that extending the final “e” reassures and amuses the little ones. What is important is that from a psychological point of view, when the face disappears, the child no longer perceives the presence of the object, which reappears afterwards contributing to the cognitive development of the newborn.