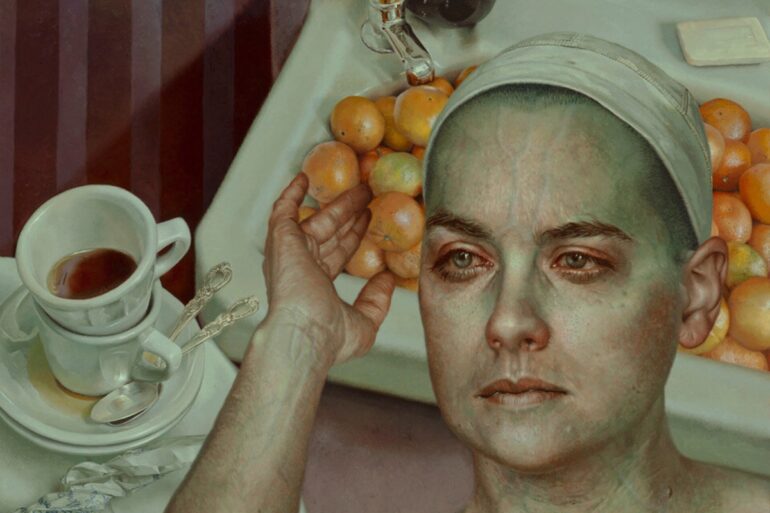 Conde Contemporary, a fine realist art gallery specializing in works by predominantly Latin American artists and until recently at home in the luxurious Miracle Mile in Coral Gables has relocated to Natchez, Mississippi for more than legitimate reasons: the unconditional love for art and the desire to invest her energies in it as a socio-economic driver, pushed Stacy Conde to refuse the astronomical premium of doing business in Miami. Full of always interesting proposals Conde Contemporary (www.condecontemporary.com) exhibits among others, the works of Edward Povey, English artist born in 1951. For Edward Povey ((www.edwardpovey.com) ) oil painting is the means by which to depict people apparently asleep in time and space and surrounded by objects placed on a plane of perspective that rationally collides with the main one representing the subject of the work. After having gone through different artistic phases, among which the realization of murals, Povey does not resort to the two-dimensionality of the planes in the construction of the works but operates a real reversal of perspective that offers the viewer a scene composed of parallel planes and rationally impossible, divided only by time or by the psychology that revolves around the subjects. To the objects in appearance extraneous to the characters, it approaches the human representation of its characters made such by the wise use of the color and the techniques of the artists of the past. The complexion of the skin of the hands, faces, and body are highlighted by the veins of blood flowing around the nose, ears, and joints of the body that actually reveal the flow of life in the vacuity of the gazes.

The Portrait Society of America is excited to anno

Untitled by Maurizio Cattelan, 2017. Cattelan is

INSPIRE- TEACH-CONNECT are the three themes for th