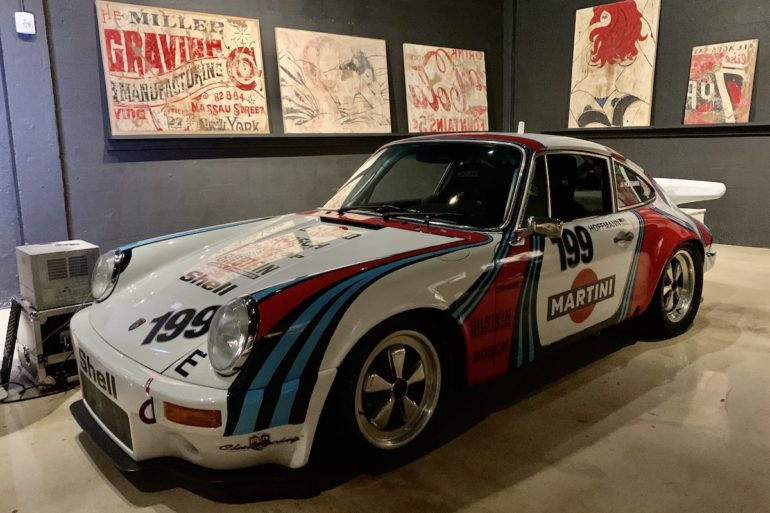 After the magic of the NASA photographs on display at the CONTINUUM Gallery, Rudolph Budja proposes for Miami Art Week the works of the great Italian painter Paolo De Cuarto exhibited for the opening night at the CCool-Rudolf Budja Gallery and the CONTINUUM North Building, where they will remain on display for a whole month.

For an Italian to enter the CCool Gallery of Rudolf Budja, is like entering a garage as a great motor enthusiast, and see among the racing cars the works of Paolo de Cuarto affixed to the walls, brings him back to the streets of Italian cities , Milan in the first place, with its historical advertising signs worn out by time and affixed to the walls of the buildings.

Paolo De Cuarto, in the contemporary landscape in which the term artist is most often abused, humbly defines himself as a painter, recalling the role played by this figure throughout history who works for the pure love of art and who represents for him a physical and psychological necessity: the natural evolution of his daily life, the means through which to overcome his discomfort because, says Paolo: “Behind every artist hides a discomfort that the artist tries to fill with his own art”.

Paolo De Cuarto is an extremely sensitive person who weighs words and uses them appropriately, which is why he defines himself as a painter, leaving the posterity the honor of giving him the great endowment and stating that: “It will be time on the basis of the sign that it will leave my body work that will be able to dedicate me to an artist or not.”

Born in Catanzaro to a large family Paolo De Cuarto owes the name De Cuarto to the fact that he was the fourth of five brothers (actually six, one passed away at a young age).

A lover of the art of ballistics, he decided to leave his city to move to Milan in 1993 where he worked at the famous Bar Giamaica, one of the most famous and unique places in Milan: a place that preserves the history and culture of the city, it being close to the nearby Brera Academy, contributed to making it an important reference point for artists.

Paolo De Cuarto is a simple person with clear ideas and a great knowledge of the history of art with which he knows how to talk, quoting both the formal history, the one presented on the books, to make us understand, and the behind the scenes, the stories known firsthand when he had the reception of the artists who were hanging out in the studio of his uncle, the famous Mimmo Rotella: the only Italian artist to be part of the movement of Nouveau Réalistes whose works were characterized by pre-decollage and assemblages in which he incorporated fabrics and other materials. 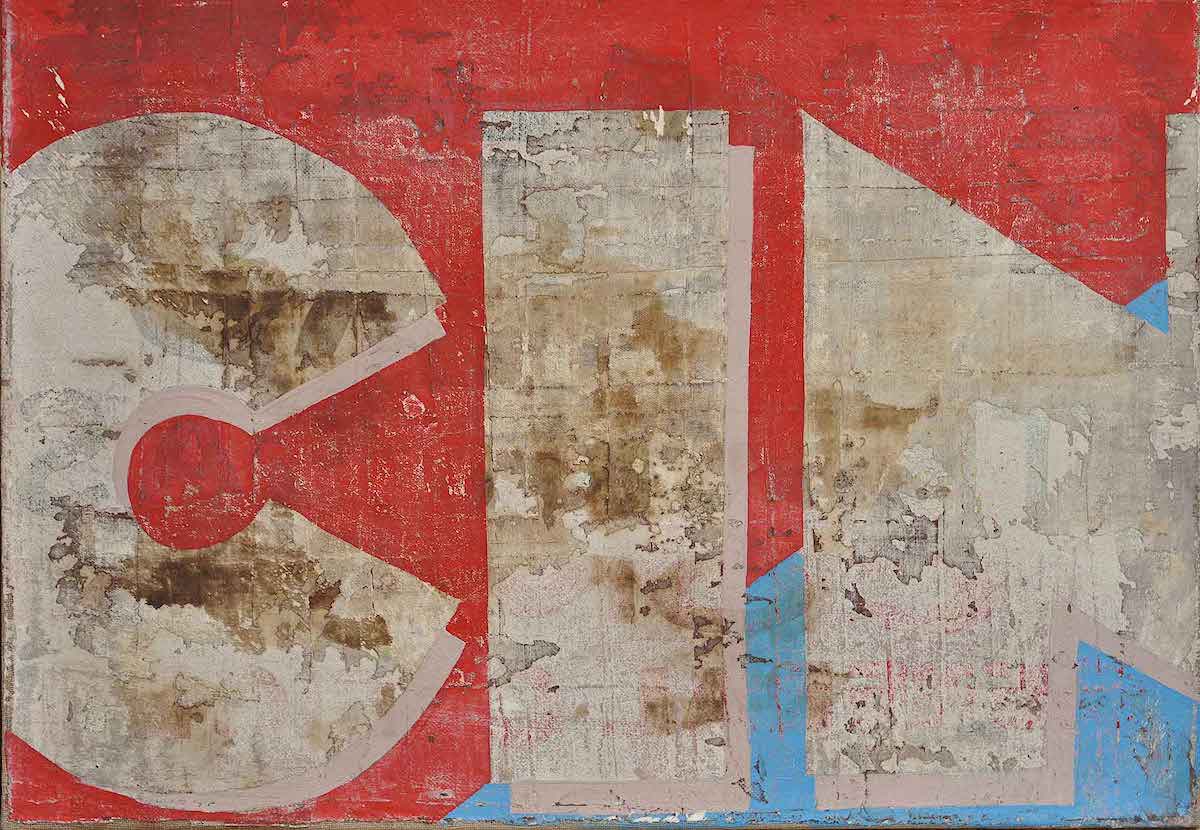 Cinzano Strappo d’Affresco by Paolo De Cuarto, 2016. Mixed media on Canvas. 70 x 100 cmBut his idea of art, which led him to embark on an autonomous path in 2006, was born with the same simplicity that distinguishes him: it is the historical image of the inscription CINZANO that breaks into his heart and urges him not to stop at the appearance but to want to learn about the history of the billboards and fonts related to the crucial moments of Italian history, each of which tells its own story in the context of the time. This is the case of the ENI symbol that was originally called SUPERCORTEMAGGIORE represented by a six-legged dog (four of the machine and two of the man) that spits fire sideways (initially the fire was spit in front but the image was considered too violent at the time) perfectly making the sense of energy perfectly. The Italian society, like the American one rather than the one French for example, are rich in elements that tie their cultural sphere to the social message through the fonts of the advertising billboard.

The wear and tear of the writings, the time factor and the weather that make these social factors ubiquitous in the eyes of the people but most often ignored precisely because part of the everyday context, enter the soul of Paolo De Cuarto who decides to reproduce part of the whole, including the beauty of wear, a factor inevitably linked, albeit in a different way, to the artistic image of Uncle Mimmo Rotella who had started by producing mail stamps and had come to compose art through tattered posters.

Then begins a period of experimentation through which he understands how to spread the plaster on canvas without it shrinking allowing him to spread layers of color. He makes his work on jute bags that he sews together to create large canvases. A work that is inspired by the teachings of the mother who having found in Paolo a sensitive and diligent boy had wisely taught him to do all kinds of work, among which also mending clothes because: “You never know in life…”. Nothing more true, and the canvases of Paolo De Cuarto, whose seams appear in sight, tell this story.  His canvases are plastered, painted and scratched with veg paper, which allows you to glimpse in the background the texture of the canvas. To reproduce the mechanical action of the wind and the thermal action of the sun Paolo De Cuarto subjects the works to high heat temperatures through the use of sodium lamps that favor the fading of the writings.

And if normally, the beautiful things, the important ones, in life, happen by chance, in a completely random way, so began the artistic career of Paul who at a birthday party of a friend thought to give his canvas. Faith wanted that designer Filippo Pananti, present at the festival, noticed and appreciated Paolo work to the point that he wanted twelve to be exhibited in his gallery in Piazza de’ Pitti in Florence. Of the twelve works he managed to sell six in a very short time, kicking off his artistic career.

From the gallery in Florence to the staff in Matera in 2014 the step was short.

Currently Paolo De Cuarto’s body of work has more than two thousand works that have been represented so far nationally but that on the occasion of Miami Art Week, thanks to the work of his manager Luca Santoro and his partner Federico Maria Ionta, based in Miami , will be represented by Rudolf Budja and his gallery also in Miami. A first step destined to reach and map America by touching artistically active cities, such as New York and Los Angeles.

And if it is true that the art is composed 90% by the viewer, all you have to do is let yourself be carried away by making sure that the dormant images in the collective memory of each one resurface to be returned to time through the canvases of Paolo De Cuarto, available from Rudolf Budja and on display at the CONTINUUM North building in Miami: a piece of original Italian history that takes shape in America.