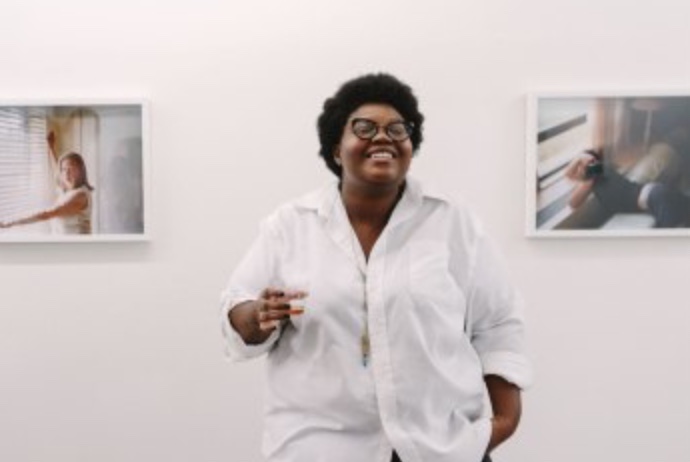 Michelle Lisa Polissaint, visual art and artistic organizer of Haitian-American origins, found in photography the quintessence of her art. A graduate in Fine Arts at Florida International University, she is currently completing a Master of Arts in Museum Studies and Non-Profit Management at Johns Hopkins University. She is responsible for the program and dissemination of the Locust projects, including Talks.Miami and R + D / Mobile Studio. In her previous position as a Program Manager at Miami Rail she successfully implemented the Visiting Writer Program, Block by Block Program and the new Writer’s Retreat in partnership with The Standard, Miami Beach.

From the artistic point of view Michelle Lisa Polissaint succeeds, through real images and without artifacts, getting  naked and giving shape to her human nature much more than she could do with the design. Her art speaks of her in the first person, without filters, starting from the primary social cradle, the family, of which she explores the dominant principles and social interactions, detached for study reasons, from home. A theme that is fundamentally common to each of us human beings who are born and grow following the guidelines of parental authority or tutorship and who come to maturity questioning the order of values ​​and concepts imposed onto them and then in a sort realization, made of successes and failures, they end up revaluing themselves. Failures that however, are lived in retrospect with irony and serenity as they allow you to learn how to calibrate the shooting of life. 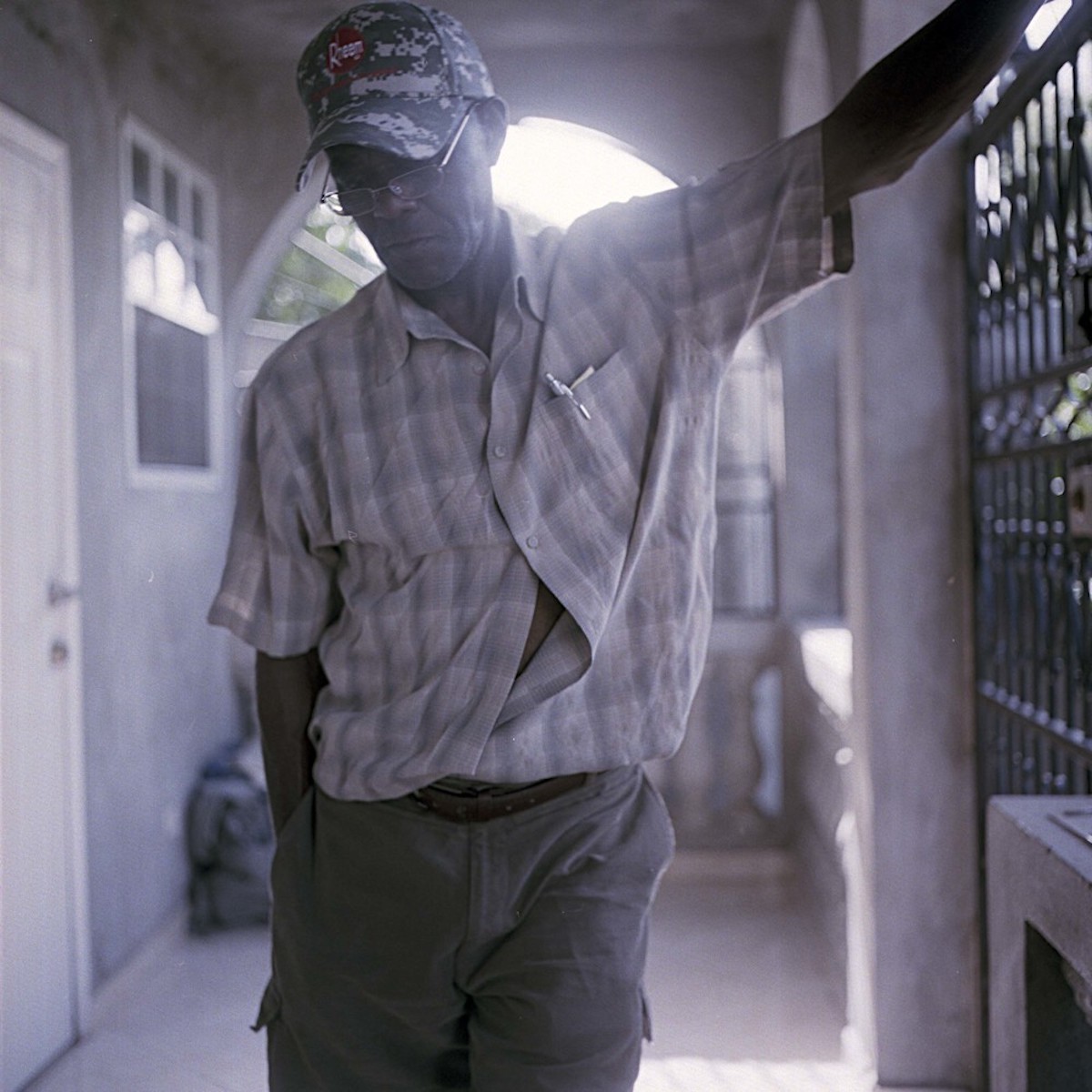 The artistic production of Michelle Lisa Polissant can be divided by themes that also make up the rhythmic development of her mental process. In Dancing with myself, she retraces the steps that led her to rediscover the pivotal points questioned after the abandonment of the paternal home, at the age of 19: the sense of emptiness and the inability to make decisions as if it were lost in oblivion, the ineptitude to the weak life highlighted by the lights in dim light. 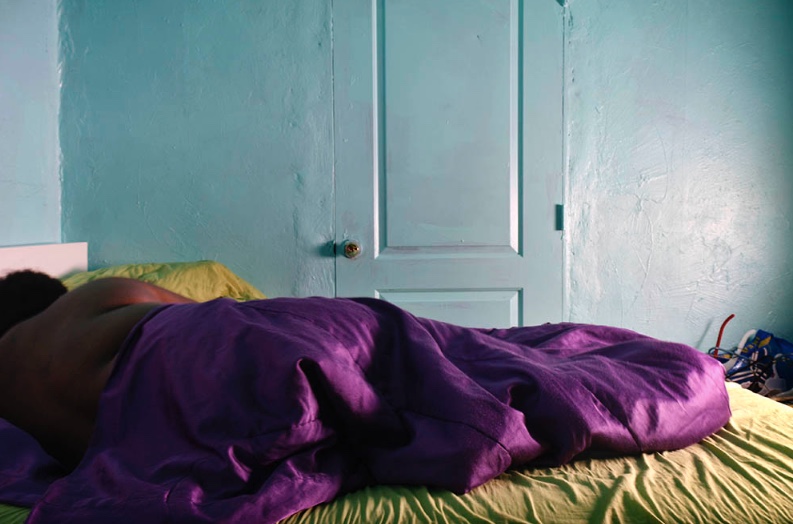 In If Home Was Home, the shots aren’t linked to Dancing with myself, but instead to dealing with her return to the homeland: Haiti, in Vieuxbourg d’Aquin. Here, with the focus of parts for the whole, landscapes, traditions, everyday life through objects, scenes and faces, the artist focuses on the interactions between her and her concept of home, intended as a return to the origins, culture and sense of belonging in reference to the African diaspora.

The Ballad of Me & You, on the other hand, is a series of shots in which, from separate entities with respect to the original nucleus, she retraces the stages of her successes and failures of her affective sphere, looking for the light and the joy regardless of the positive or negative result of her experience and she does it by photographing objects in which she appears as absence presence marked by a thread that has a beginning but not an end and then leaves the scene to her.

The works are closed with Elipse which is the re-enactment of the whole. 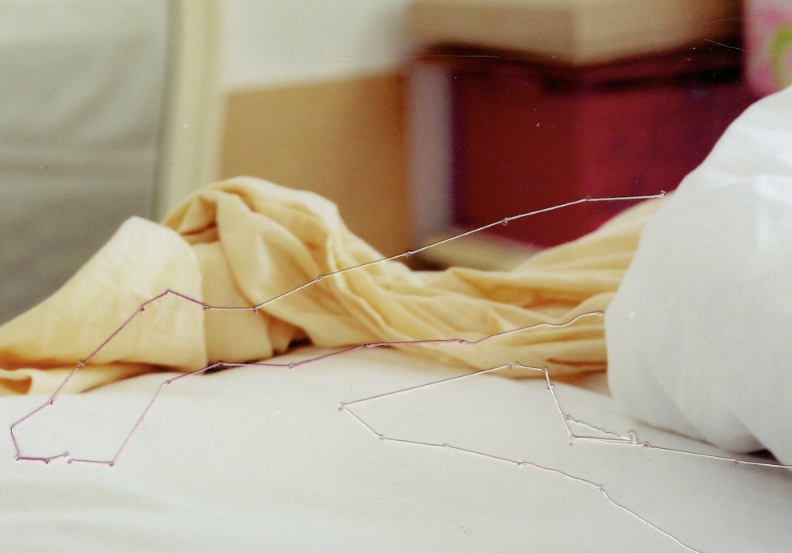 But if the artistic part catches the attention, it is undoubtedly in the social part that Michelle must be seen as the protagonist. Lisa Michelle Polissaint is personally involved in several social projects including ANSANM, which in the Creole language means together and is a project that through the form of conviviality par excellence, food, aims to bring art to the working class of Miami. Food is the extraordinarily strong, disruptive medium with which we socialize, communicate, associate and disassociate for opinions and tastes that refer to our tradition, which cradles us and makes us feel at home or allows us to travel. It is the primary need without which we could not live. The act of sharing food is usually the convivial act from which one can start to share ideas, perspectives, projects. With the initial funding of The Awesome Foundation, ANSANM began serving meals in December 2017 in partnership with the BLCK family and MITTE. 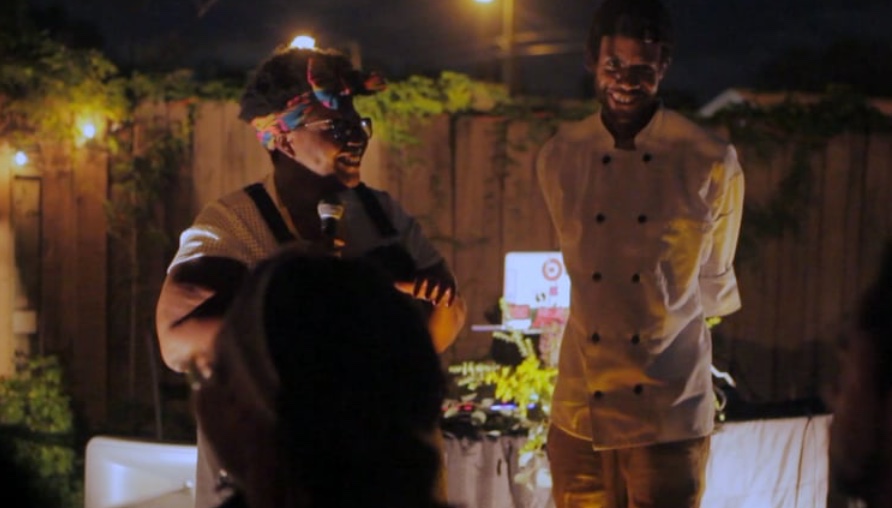 In addition to ANSANM, Lisa Michelle Polissaint, with the collaboration of Spinello Projects and Fordistas presented The Annex, an experimental and non-commercial artistic space in which the under-represented and under-served communities have the opportunity to exhibit their works. The debut project was the work curated by Polissaint herself: To Love Like A Woman, with clear reference to the woman because the love of a woman, in every facet, represents the unconditional good, the domestic hearth, the search for that sense of completeness in which care and social practice meet.

Lisa Michelle Polissaint is ultimately responsible for the management and implementation of the critical Miami Rail publication dealing with art, politics and culture. Founded in 2012, it is produced quarterly and is also available online.