Miami Open renews itself, flagging another fundamental step in the path of the future fifth Grande Slam. 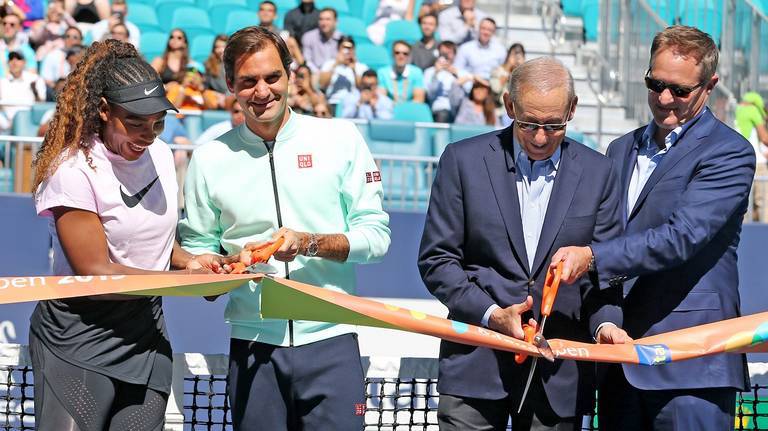 The Miami Open, sponsored by Itaú, is one of the most attractive steps of the ATP/WTA tour of the world tennis circuit and it has been since the Butch and Cliff Buchholz brothers in 1980 decided to create a fifth Grande Slam (the others are Australian Open, French Open, Wimbledon and US Open) to play in spring in Florida: a professional tournament for men and women that offered the same amount of money, a sort of tennis mecca that could attract world-class players and fans. Which in fact has become that over the years, with Mark Shapiro, co-president of WME/IMG, who bought the tournament from Buchholz in 1999. 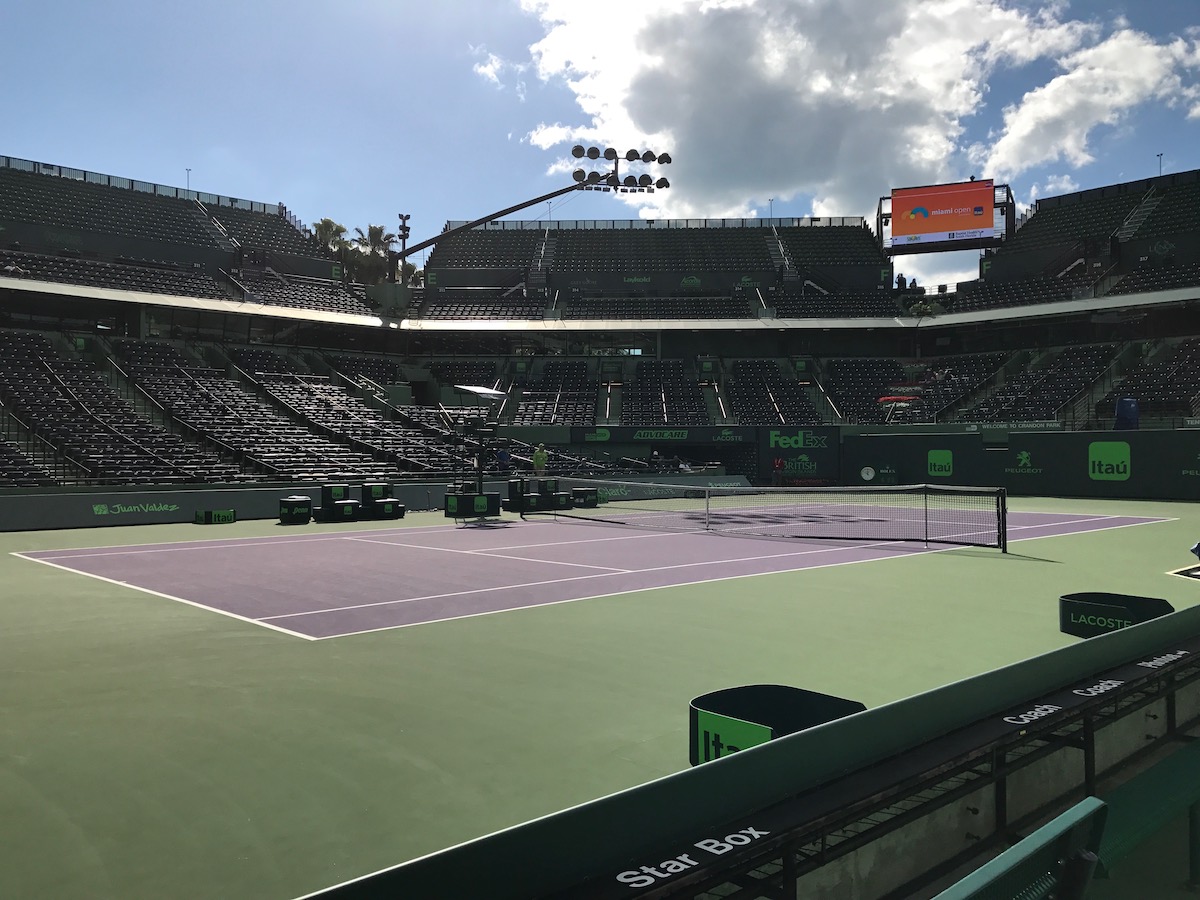 An important tournament both for the names it calls to itself, and for the bucolic location in which it was played until last year: a strip of land surrounded by the sea where the violet of the field creates marvelous contrasts with the green foliage of the vegetation and the blue of the sky. “It was always nice to pass over that bridge,” said top-five player James Blake, named director of the Miami Open tournament at the end of last year, referring to the bridge in the middle of the sea leading to the island. Some of the greatest tennis players started their careers (Monica Seles and Jennifer Capriati), some of them were undisputed champions of the title (six times Andre Agassi and Novak Djokovic, and eight times Serena Williams), for some of them instead the Miami Open were among the first of their career meetings (Roger Federer and Rafael Nadal the first 2 of their 38 matches), for some others they are a series of victories (Roger Federer competed in Miami for 17 years, winning the title in 2005, 2006 and 2017 against Rafael Nadal). 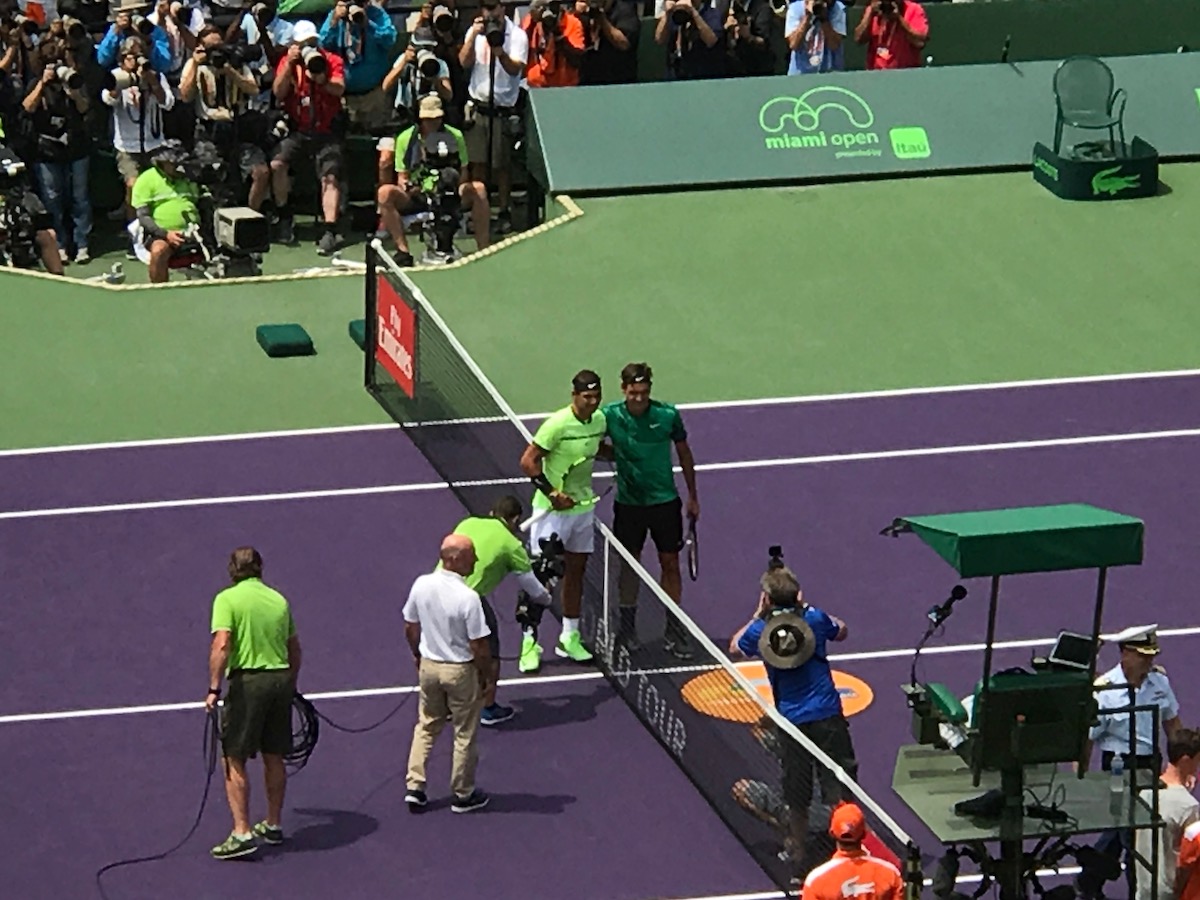 But before arriving at the inimitable Crandon Park in Key Biscayne in 1987, the Miami Open had a 34-year old history that started in Delray Beach in 1985, passed from Boca Raton in 1986 and finally arrived in Key Biscayne, or at least it seemed to arrive definitively. The numbers of the tournament, both in terms of audience and economy, have created the need for further expansion, unfortunately not possible in Key Biscayne for several reasons. After various hesitations about possible displacements of the tournament in another city or even in another state, removing the meaning of the name itself, the Miami Open found its final home at the Hard Rock Stadium of Miami Gardens, former home of the Miami Dolphins. The owner of the Dolphins, Stephen Ross, has indeed intervened, proposing a rash and astute move for his complex: “I grew up in Miami and I believe that Miami is a source of inspiration for everyone”, said Ross, who spent 550 million dollars to renovate the stadium since buying the Dolphins from Wayne Huizenga in 2008. 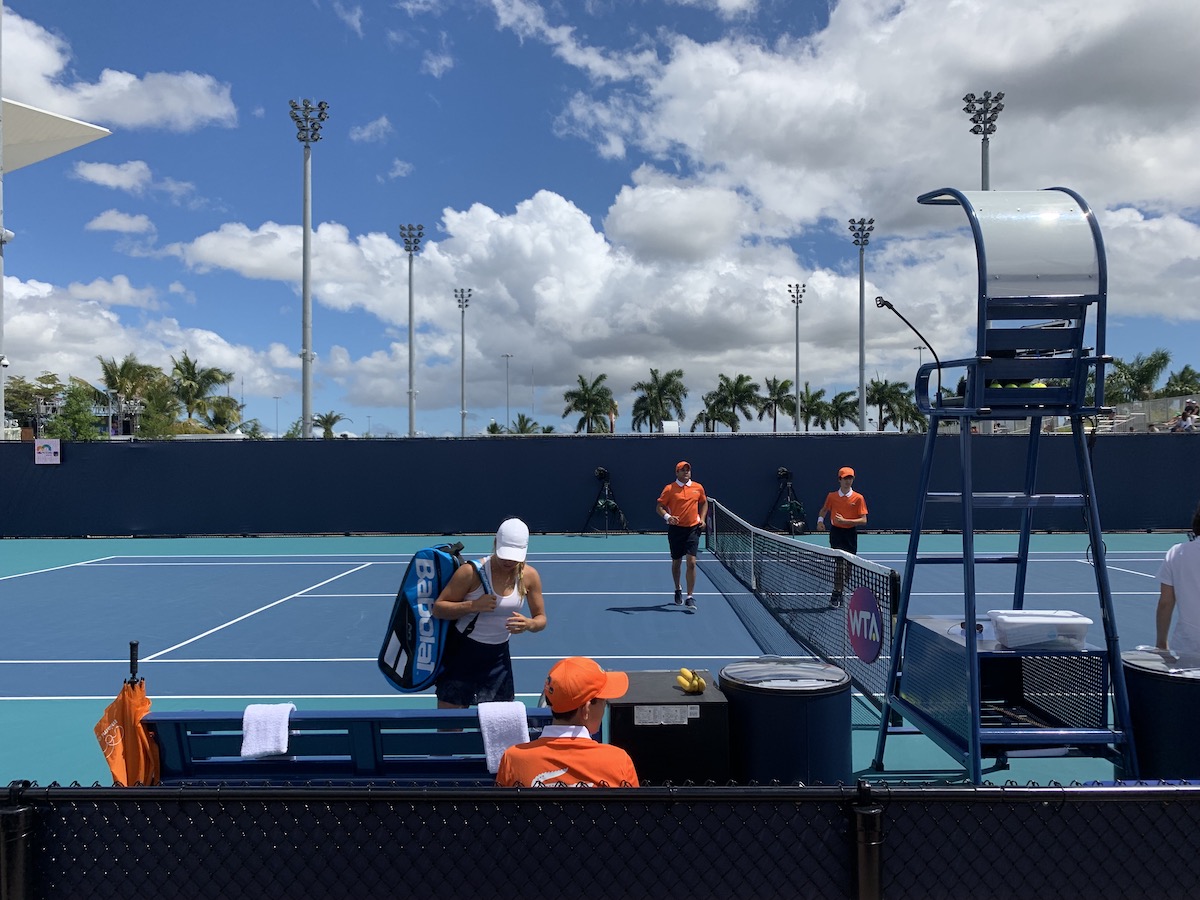 The new emblematic structure of one of the most elegant sports is composed of a main field created with architectural and engineering mastery in the Dolphins stadium, which can accommodate up to 14,000 people and 29 fields including the Grand Stand with 5,191 seats (some with luxury armchairs), the Butch Buchholz Short, dedicated to one of the founders of the Miami Open with 1,564 seats, and 18 Practice Courts for a total of 4000 seats close together from which you can see your favorite players and get a ball signed. Besides all this, there is art, music, clubs where you can taste champagne, have lunch or buy gadgets and accessories, and sophisticated seats from which you can watch the maxi-screen of 90 x 40 feet that monitors the action in the field. Among the installations also Azimut with its Yachts, celebratory murals, an exhibition and an art fair, something that in Miami could not absolutely miss given the importance that the artistic structure is assuming after the event of Art Basel Miami Beach.

And after intense rains, the ribbon cutting finally took place in the central field of the new structure, which took place in the presence of President Mark Shapiro, the owner of the Hard Rock Stadium Stephen Ross, the vice president and CEO of the stadium Tom Garfinkel, of Ari Emanuel and tournament director James Blake and of course the fantastic four: Novak Djokovic, Roger Federer, Serena Williams, Naomi Osaka (great absent Rafael Nadal) that promise excitement and fun. 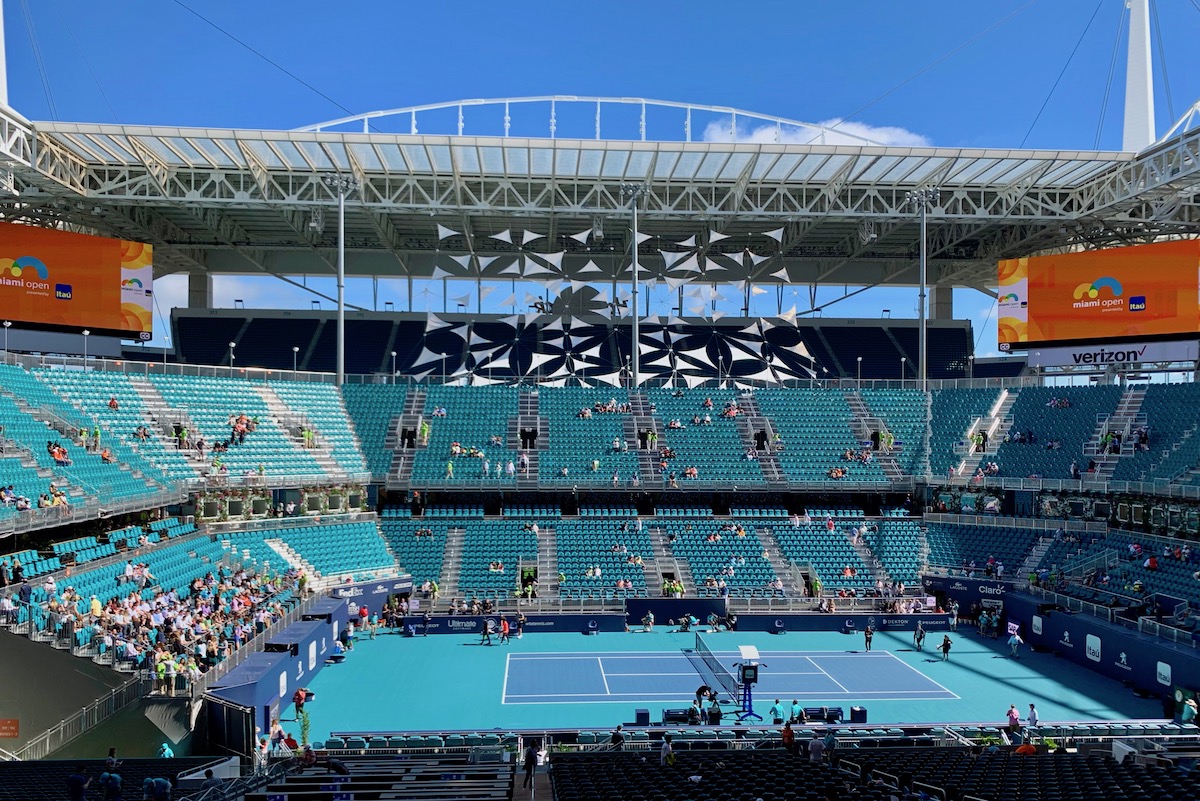 A completely new, better organized, very elegant and sophisticated structure that will not, however, take away from the most nostalgic the unique beauty of the iconic Crandon Park.