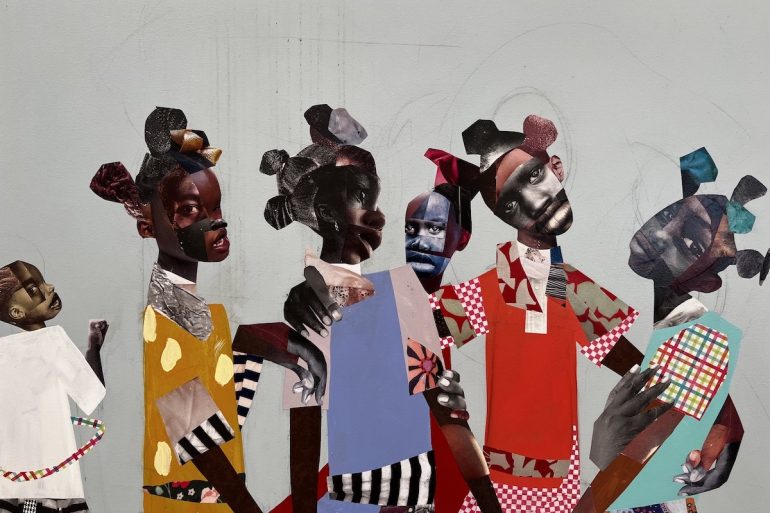 Miami Art Week officially begins under the bright sun of Florida , where blue skies and sea breezes make for a great day of walking incessantly through exhibitions, museums, installations and institutions, scattered throughout the city of Miami and Miami Beach. While people, frantic, begin to fill every corner of the Magic City, we at Miami Niche delved into the events.

The first meeting of the day featured PAMM-Peréz Art Museum Miami-who took stock of the phantom NFT Non-Fungible Tokens, with the panel, “NFTs The Next 500 Years.” Everyone’s looking for them, everyone wants them, and “ownership” certificates on digital works are one of the key points on which Miami Art Week is focusing, also in order to clarify their meaning. During the meeting, the theoretical, technical and legal aspects were examined in depth, as well as their relationship with blockchain technology – which is “dramatically” changing the art market, also raising perplexities and concerns. Simply put, whoever owns an NFT, is not buying the work itself, but simply the ability to demonstrate a right to the work, guaranteed through a “smart contract.”

Untitled Art Fairs is the first exhibition to open Miami Art Week. The beachfront fair now in its tenth edition (and open until December 4) was founded in 2012 by Jeff Lawson and this year boasts 145 international galleries and an ambitious new sector , “Nest,” to support emerging galleries, collectives and nonprofit organizations. Under the leadership of artistic director Omar López-Chahoud,the 2021 edition featured an expanded curatorial platform with four guest curators: Natasha Becker, Miguel A. López, Estrellita Brodsky, and José Falconi. Brought together by their different perspectives and regional expertise, curators will nurture, over the days of the fair, dialogue between participating galleries and artists to generate a more global and inclusive conversation. African artists and the African diaspora were the main protagonists of the fair. Numerous works were presented by the galleries. Of particular interest were Afikaris of Paris with the works of Jean David Nkot. The artist, who is personally involved in the exploitation of raw materials, proposes with his series “The New Hercules” the strength and beauty of the bodies he portrays. And while still evoking the extraction of the mineral, he focuses on the anatomy and resilience of those who work in the mines, erecting them as contemporary heroes.

Kravets/Wehby is exhibiting the work of Allison Zuckeramn, a young artist launched into the planetary art world by the Rubell family, collectors, patrons and philanthropists.

Influenced by collective and political history, as well as memory and the fallibility of the body, K Contemporaray Gallery’s Daisy Patton’s work explores the meaning and social conventions of families:relationships, storytelling and transportation, and even the connection between contrasting cultures.

It is the extraordinary Sylvia Maier who focuses attention on New York’s Malin Gallery with a series of realistic works that focus on depicting the residents of the Flatbush area of Brooklyn, where she has lived for three decades. Sylvia Maier, who studied at the Art Students League, boasts studies with the great contemporary artist Ronald Sherr, and her works demonstrate the extraordinary 21st century figurative realism with which she approaches art.

The works of eclectic Dutch artist Willehad Eilers for Droste Gallery in Düsseldorf, Germany, are distinguished by the lyrical quality, playful humor, and expressiveness of his work: infused with a mischievous and effortless confidence, Eilers’ stark works offer us an anthropological view of his observations of the flawed human condition and its perpetual evolution. He presents us with images that convey the disposition of the modern individual toward grotesque obsessions.

Bertrand Production in Philadelphia showcases the artistic banknotes of Stacey Lee Webber, a young American artist who reworks and hand-sews American banknotes: playing with the images found on the banknotes, the artist creates impressive works.

Two steps through the most famous streets of the iconic Miami Beach take us to The Bass Museum where Naama Tsabar with the exhibition: “Perimeters”, working at the intersection of architecture and music, showing viewers how sound moves both through and beyond walls and buildings. With Perimeters, Tsabar, has fused elements of sculpture, music, performance and architecture, transforming the museum itself into a playable instrument.  Alex Israel x Snapchat’s installation expands his multidisciplinary practice and projects the viewer into the world of augmented reality. Israel has created five augmented reality (AR) experiences, each connected to one of his Self-Portrait paintings. A sixth site-specific work uses Snap’s Landmarker technology (which transforms iconic landmarks in real time) to interact with the museum’s historic Art Deco facade.

In addition to the installations, you can see part of the museum’s permanent collection, on display with “Open Storage: Selections from the Collection and Works on Loan”.

It is the immersive works of James Turrell, Es Devlin and teamLab that inaugurate the first edition of Superblue Miami. Located in Allapattah, in front of the Rubell Museum, the fair proposes immersive multimedia and multisensory installations. Among the artists James Turrell always deserves a special mention for his contribution given to the meaning of light in contemporary world art, however the installation, for those who have had the opportunity to see his works immersed in nature results secondary to the introductory video, “You Who Look” made in 2015 and directed by Jessica Lu – LACMA Production. Also among the installations is “Massless Clouds Between Sculpture and Life” by teamLab for which a separate ticket must be purchased to view.

The day continued, amidst parties and parties of a thousand and one nights at both The Dior Medallion Chair and the Rubell Museum where the exhibition preview was later held.  Among the artists on display are two of this year’s artists in residence: Kennedy Yanko and talented Ghanaian artist Otis Kwame Kye Quaicoe. Also on display are the masterful works of local artist Reginald O’Neal. For insights read the article about the Rubell Museum, written by Miami Niche’s newest member, Chiara Rossi. What better way to welcome her?

(On the title: Cynthia Edwards for the Richard Beavers Gallery, Brooklyn, NY)

2 thoughts on “Miami Art Week: art week kicks off with Untitled, The Bass Museum, Superblue and the Rubell Museum.”

“Portrait of Tatiana” by Elizabeth Zanzinger.

- part of -“Self Portrait with an Expression of