The Rodolfo Agrella’s exuberant forms of break into the Silverspot Cinema in Downtown Miami. 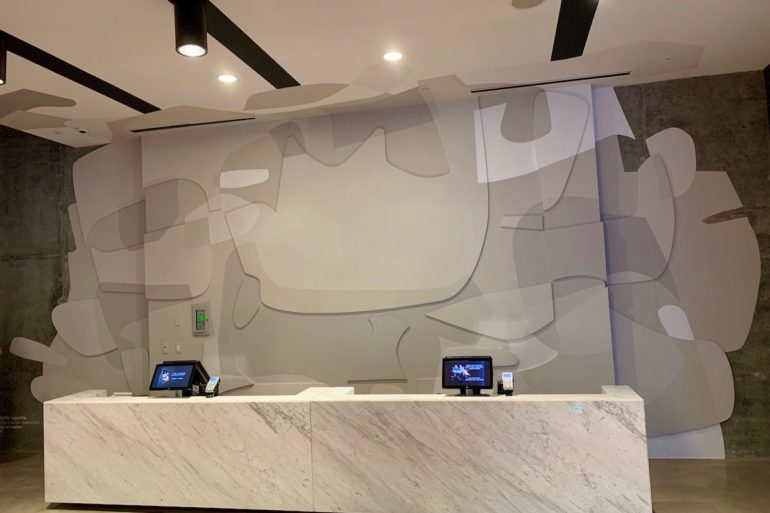 Loud laugh and clear ideas, that’s how Rodolfo Agrella presents himself at the inauguration of his work Body of Water that composes, with the work Body of Light exhibited on the third floor, the Monochrome Excercises exhibition at the Silverspot Cinema, at 300 SE 3rd Street in  Downtown Miami.

The large mural occupies an area of ​​almost 60 square meters (600 square feet) in an exuberant chase of cropped shapes, connected by neutral-colored floors on a gray and white scale that suggest the motility of water: the perpetual motion of the waves of the ocean breaking on the rocks and conquer the shore. After all, Rodolfo Agrella knows the sea well. Born in Caracas in 1984, he starts studying the faculty of architecture and urbanism of the Central University of Venezuela completes his education at the prestigious Politecnico di Milano. City in which he returns with pleasure at the various fairs and the Salone del Mobile, for which he has exhibited remarkable works of design inspired by nature. According to Rodolfo, Nature represents the driving force that regulates, not only his artistic perspective, but also of life since he claims that knowing and balancing the technical components with the emotional factor going to touch the strings of sensory memory, is the K factor able to face the problems of design and of life more generally.

Mentioned by magazines  as a Latin American talent, in 2011, he was selected to participate in the SaloneSatellite in Milan representing Venezuela, repeating his experience in 2012 at the Salone Internazionale del Mobile, at Design Miami and Art Basel. In 2014 his work was presented at Design, Art and Craft in Latin America at the MAD Museum in New York City, the city in which he currently lives. In 2015 his Shadow Line won the prestigious German Design Award 2015 with a special mention, which took part in the Philodendron exhibition of the FIU-Wolfsonian Museum in Miami Beach. In 2016 he participated in the Biennial Iberoamericana de Diseño (BID) in Madrid and in 2017, his piece Memorabilia Satellite was selected to be part of the SaloneSatellite 20 Anniversary Collection. 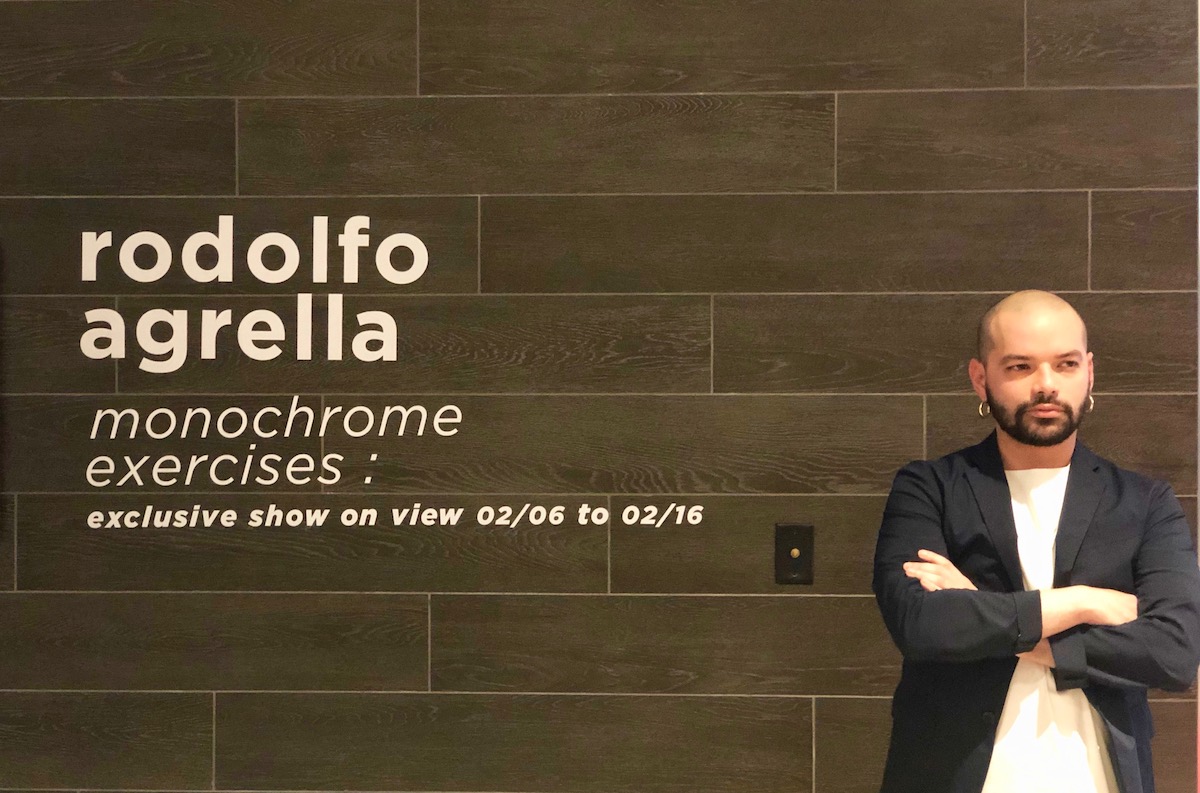 On the third floor of the cinema are exhibited works representing the same forms of static yellow scale and in a color that from yellow (the sun, the day) passes through the various shades of light that fill in the gray of dust, the air , until it reaches the blue of the night.

The press reception and VIP preview for the inauguration of the mural was held in the beautiful Silverspot Cinema in Miami, that freezes the concept of traditional cinema including in addition to Hollywood projections, theater, opera and flashback movies, for the more nostalgic. Silverspot Cinema, which includes different venues, is a superior movie experience thanks to Barco’s High Contrast laser projection and the sound of the Dolby Atmos cinema that combines convenience of seating with the taste for food offering both restaurant and service at your seat. All in the middle of downtown Miami. For those not satisfied, Silverspot offers The Spot at Silverspot: a unique 36-seat auditorium with a private bar and lounge area.

And while we observe the flow of the work, the background music creates a sort of thematic key that allows us to tempt by the little amuse-gueule, typical European elegance and refined American taste that goes well with both the boiled and the red. 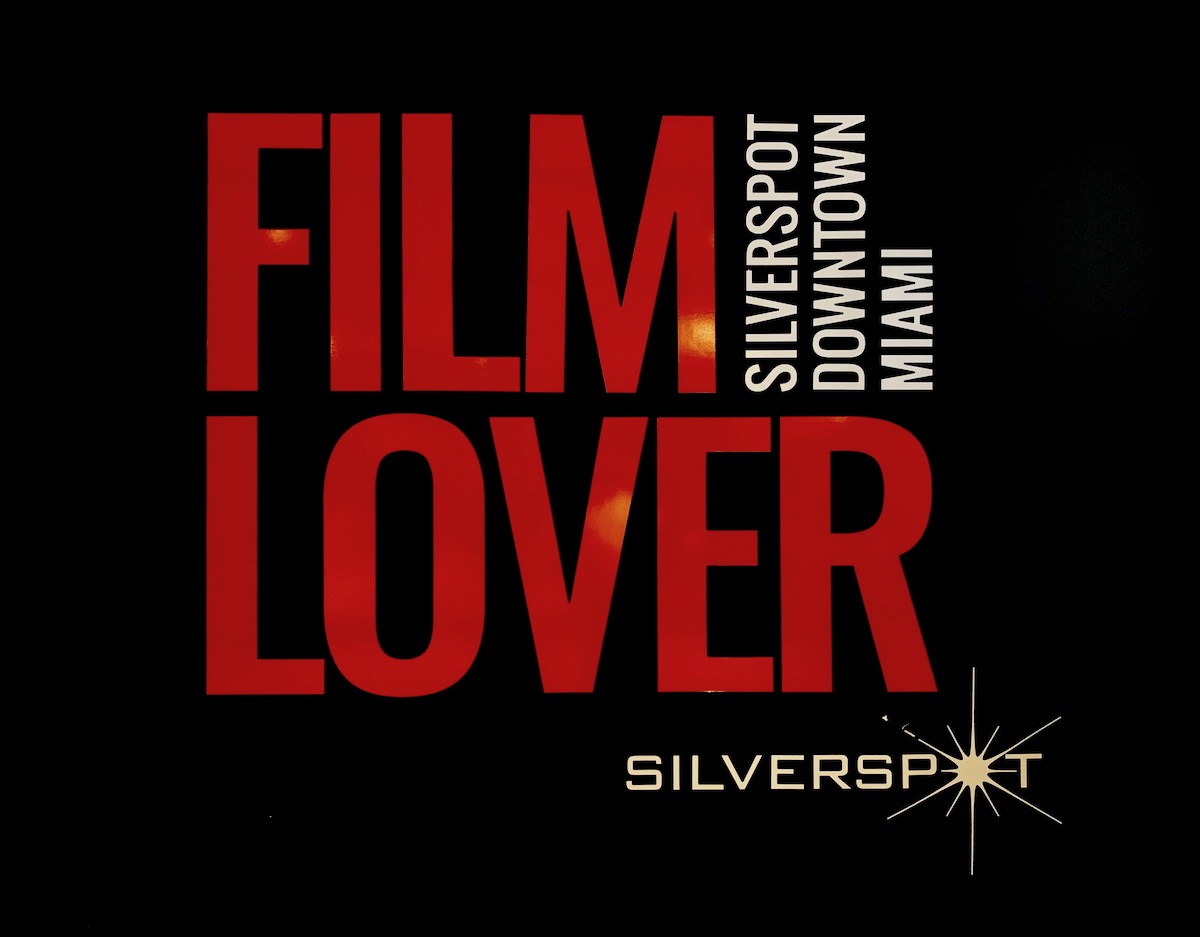 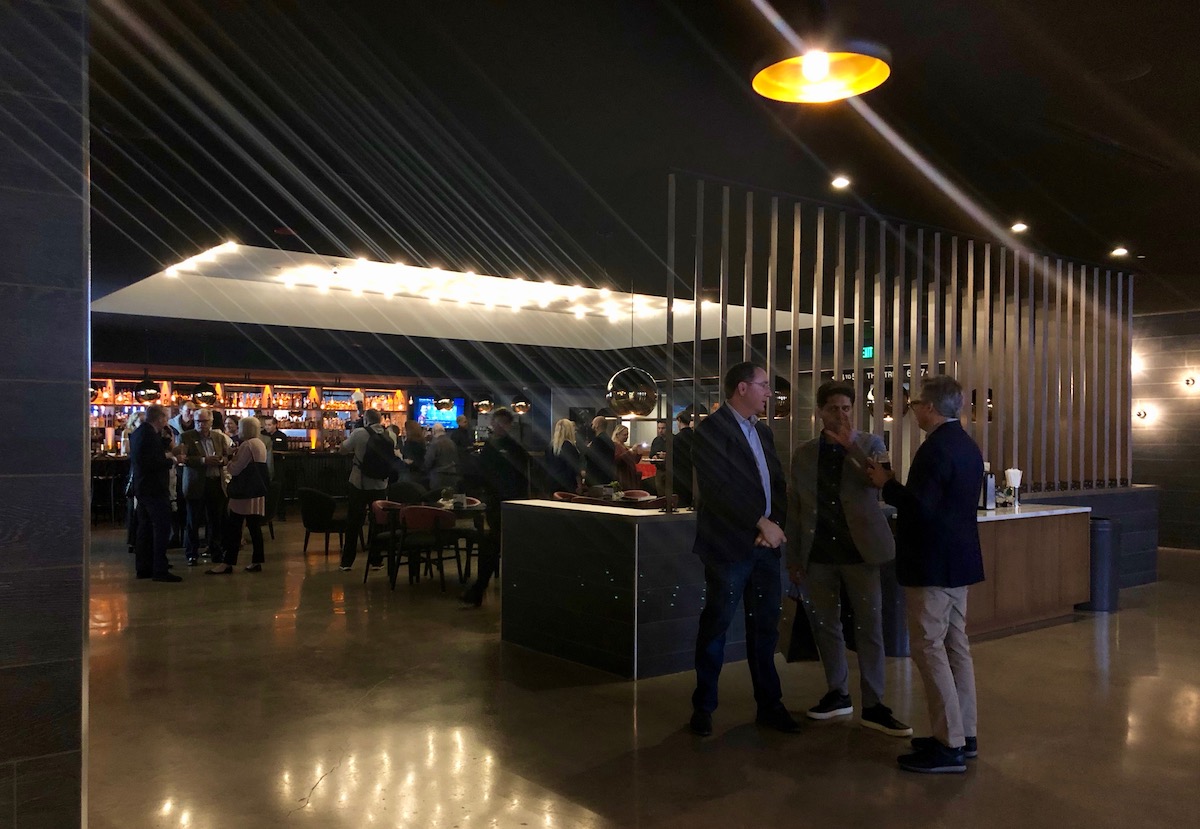 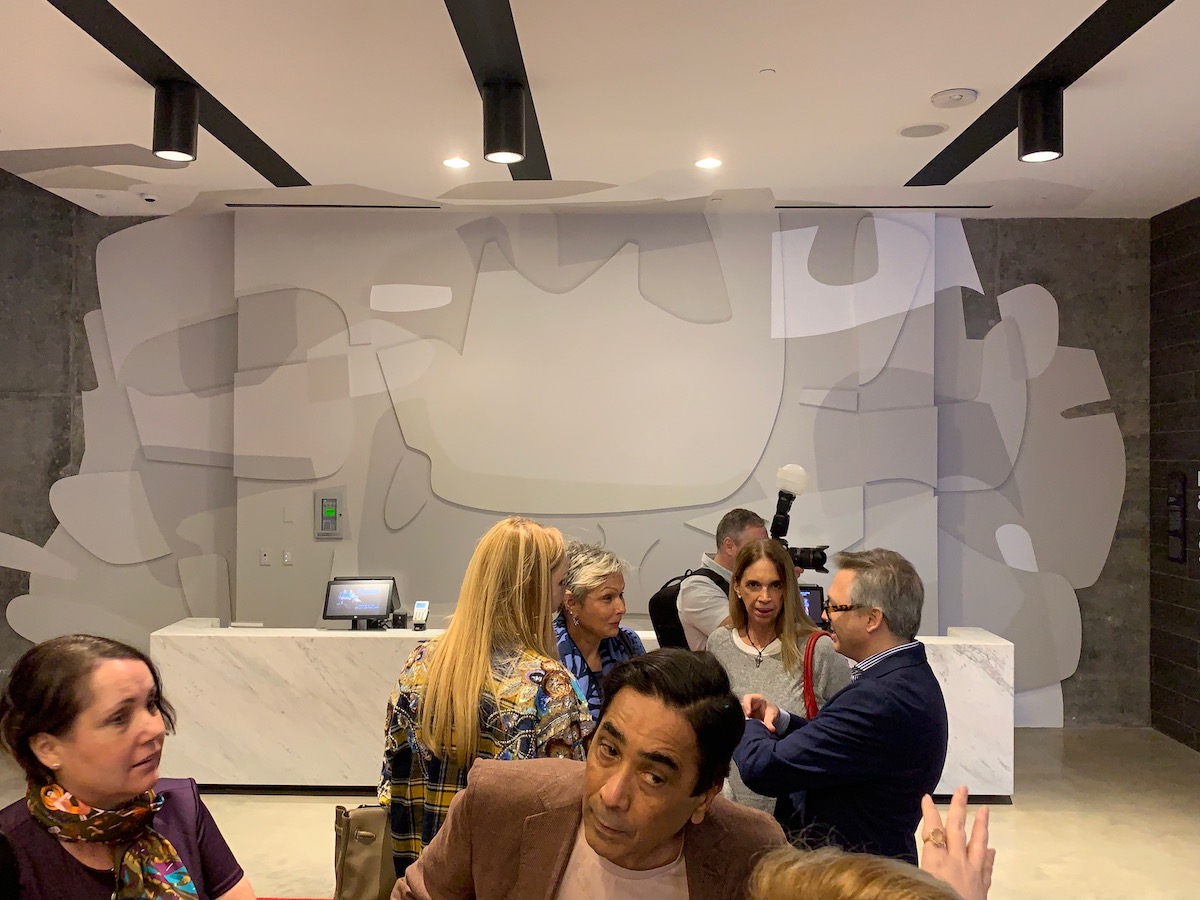