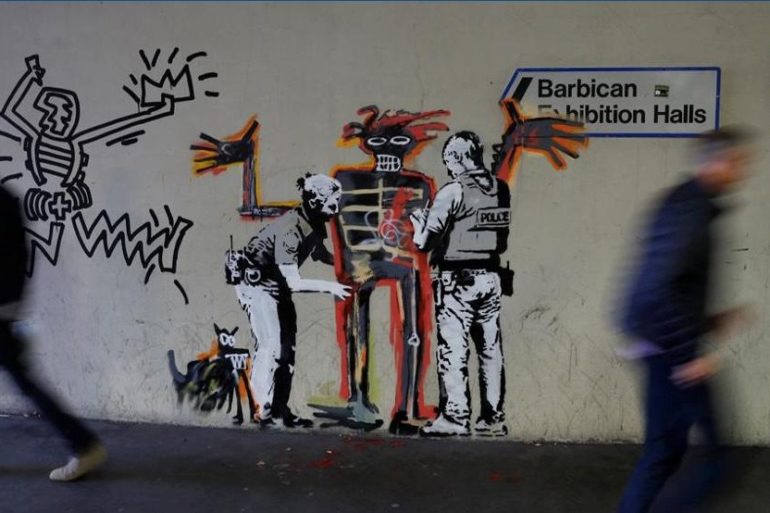 While London dresses up to celebrate at the Barbican Center an exhibition that counts 100 works by Jean Michael Basquiat and Banksy, in his charismatic anonymity he pays homage to two graffiti on the streets of the English capital, the Norton Museum in West Palm Beach shows a  unique piece of his, belonging to a private collection that will be available to the public for an extremely limited period of time, from March 8th to 18th,  2018. The exhibition is titled “Jean-Michel Basquiat: Drawing into Painting”. Jean Michael Basquiat, a young artist, charismatic, pioneering graffiti writing art is imposed on the Upper West Side scene breaking the rules of New York’s high society making friends with Al Diaz, New York talented writer, with whom he will sign in the years ranging from 1977 to 1979 with the acronym of SAMO @: SAMe Old shit. 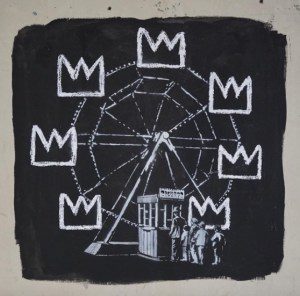 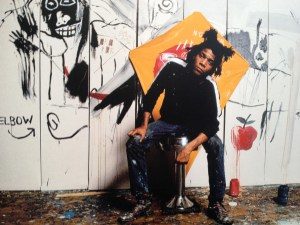 The love of art transmitted to him by his mother who has taken him to museums since he was a child, and Henry Gray’s book of human anatomy Gray’s Anatomy, always given to him  by her during his long stay following an accident, will be inseparable and a  characteristic of his art that will bring back many anatomical elements, proposed in an almost childlike way. When he became an adult he decided to abandon his studies at the City-as-School, a Manhattan school for gifted boys, deeming them useless, and decided to earn a living by selling postcards decorated by him. This will be the means by which he will come into contact with Andy Warhol, king of Pop Art who will help him break into the world of art as an emerging world phenomenon, The Radiant Child, as he will be later  defined and with which he’ll sign a hundred four-handed works. In the environment he meets Keith Haring, another prominent figure of American graffiti, with whom he will form a strong friendship that will last until the end of his days. Jean Michael Basquiat will die of overdose at only  27. 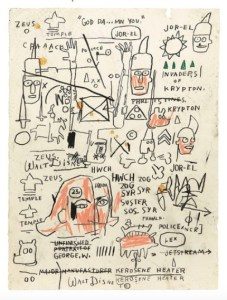 His first solo show was based in Modena where he was not very successful unlike New York will reveal later. Ten years after his death, the artist Madonna, with whom he had a brief affair, financed a solo exhibition at the Whitney Museum in New York. The art of Jean Michael Basquiat, characterized by rough and childish images, refers to the art brut, raw art, of Jean Dubuffet which inspires him. Despite his inspiration, the characteristical element of his works is undoubtedly the use of words, included in  his paintings as an integral part of the work, sometimes as a background, sometimes canceled for the sole purpose of attracting the viewer’s attention. 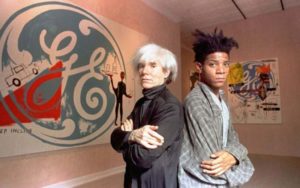