Istituto Marangoni presents “Bodoni Fashion Evolution: from Giorgio Armani to Vogue, the growth and inspiration of a font over the years and through the medias.” 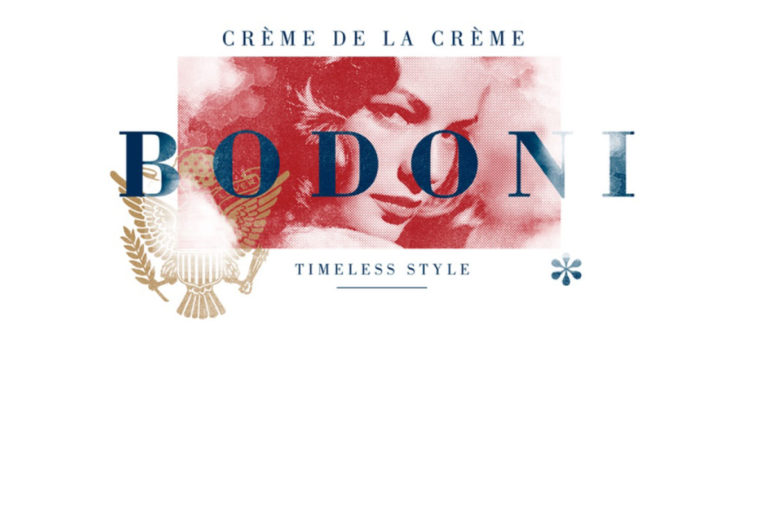 “Bodoni’s Fashion Evolution: from Giorgio Armani to Vogue. The growth and flair of a font through the years and medias.”

This is the theme of the meeting that falls within the calendar of the Italian Language Week in the World organized by the Italian Consulate in Miami under the patronage of the President of the Italian Republic, in the stylish frame of the Marangoni Institute.

The Marangoni Institute, is not a random choice, because in addition to having opened its tenth school, the first ever based in the US, it historically represents the Italian school of fashion design par excellence, launching pad for over 45,000 professionals in fashion and luxury from which talents like Domenico Dolce from Dolce and Gabbana and Franco Moschino, two of the first luxury brands to adapt to the Hyper Beast with a vein of irony and patriotism, came out. The interiors of the school are consistent with the concept given by Marangoni and have been specially designed by Giulio Cappellini, ambassador of Italian design in the world. The Institute is located in the center of the Design District, which has become a privileged and obligatory destination for art, design and fashion: three key elements on which the Italian charm is based on.

Nothing is left to chance and everything can be traced back to the style that distinguishes us from the rest of the crowd. 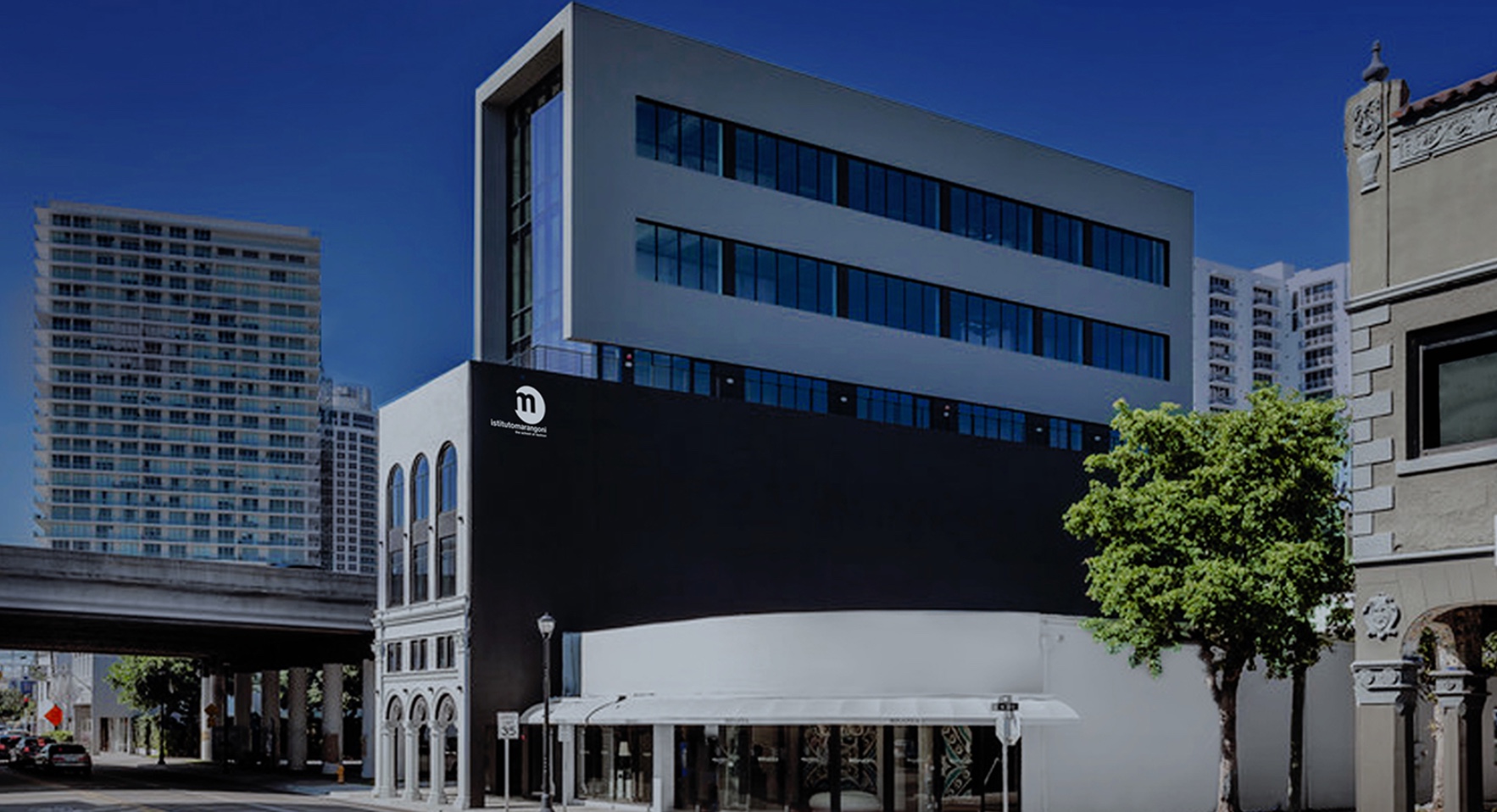 From the images of Italy as a place of pleasure and luxury proposed in movies, including the Italian cult of La Dolce Vita by Federico Fellini or the American Talent by Mr.Ripley, always set in lustful Italy, passing through the outfits of Hyper Beast and  street wear with the use of a macaronage between Italian-American terms used more than ever before in social networks, exceeding the digital: whether it is a global concept, local twist or keyword, what remains unchanged even if times change is the elegance and clarity of the Bodoni character.

The font Bodoni represents the quintessential variable but radically unchangeable concept of Italianness that still confirms it today, after centuries and despite generational adaptations in respect to it, one of the most popular fonts because of the unadorned aesthetics combined with elegance. An expressly Italian mix that makes it a protagonist in the construction of brands of multinational importance that define the corporate identity in the brand structure, representing the deepest and most spiritual form of it , the one in which the company’s core business is identified, generated by the values ​​of its founders, and gives birth to its corporate vision and mission.

Typographic characters represent a fundamental pillar in the construction of the visual identity of the brand and this Italian visionary Giovanni Battista Bodoni had already understood this in his time, the late 1700s. Today there are many hashtags and images that refer to the beautiful Italian life by releasing more or less VIP profiles on Instagram, Facebook and Twitter with images that have become true Italian icons that echo the luxury and the Italian style: the terraces on the sea, restaurants and taverns with an intimate family style, lemons, women with wide-brimmed hats divinely laid out on yachts, preferably Riva, which with its shining wood, attention to detail and clean lines make it perfectly in tune with the Bodoni style, creating an even cooler atmosphere. But the Italianization goes beyond the confines of Italian icons seen as characters, traditions and objects and photographs of the scenarios: hundreds of photos posted of Capri, Amalfi, Positano and Le Cinque Terre in alluring poses, sometimes too exuberant. Concepts and images that have circumscribed the concept of Italianness to the mere appearance, sometimes without grace and substance, embellishing it a bit like the variation of the subtle and light thanks to the characteristics of the Bodoni font over time. 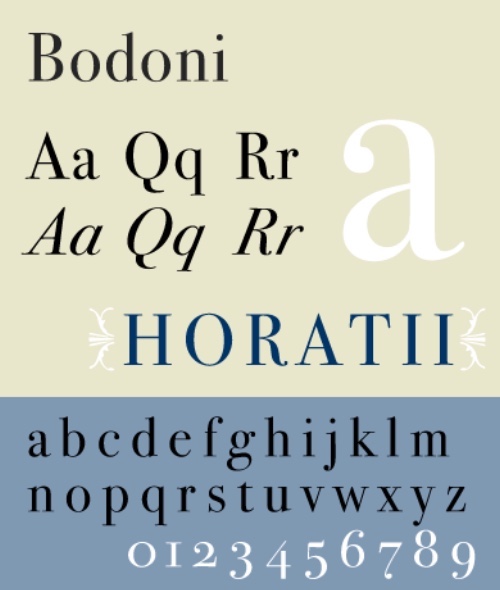 With the digital age its uniqueness of expression, clear and immediate inevitably reached the world of fashion, appearing on the glossy covers of the most important fashion magazines: Vogue, Harper’s Bazaar, Elle, not leaving immune even the Italian fashion maisons such as : Armani Exchange, Calvin Klein or Elizabeth Arden. And so the world of food and music that invoke Bodoni in the record labels and posters of Nirvana and Lady Gaga. 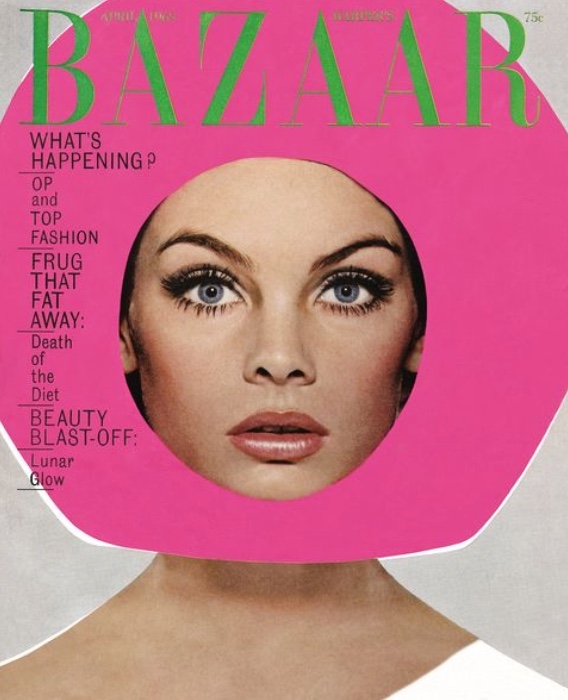 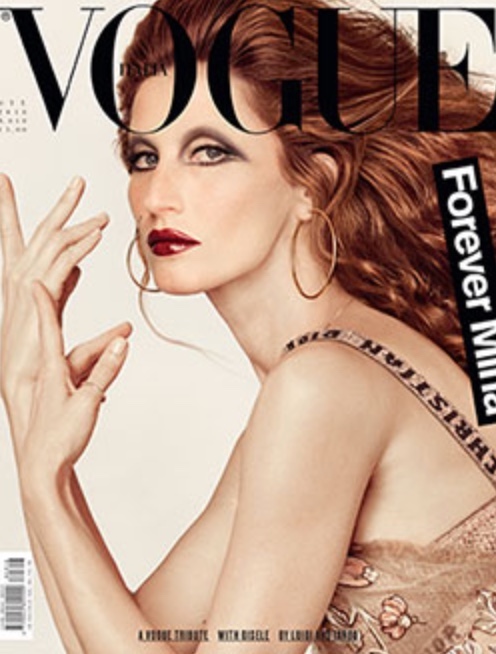 The historic font has managed to adapt to the time thanks to the digital progress with which it seems to clash sometimes, due to the lack of elegance and sobriety that characterizes  the use of the font in the Hyper Beast Style that, starting from the same high fashion houses, made irruption through influencers and fashion bloggers with huge logos to show off in their shots, as forms of ostentation of brands that have become a global mass phenomenon and that have little to do with the sober and elegant Italian style.

But is it necessary to be born Italian, to live Italian or is it sufficient to be Italian? Like all the good things in history, Italianness is something that is taken, manipulated and personalized: just like the Bodoni font, which today is seen not as a defined font, but as a family of slightly different versions, everyone from another, each with its own particularities.

The answers to the above question are all to be evaluated, the important thing is to know how to find harmonious relations between the forms, whether they are of a typographic or cultural nature. Attending Italian environments of a certain prestige like the Istituto Marangoni, learning from expert hands the secrets of the made in Italy can undoubtedly help to avoid the dazzle effect as characteristic as feared in the font Bodoni.

Features unavoidable by the term ITALY for whose characters the engravings by Giambattista Bodoni have been considered the best representatives of the idea of ​​Italianness for grace and elegance, are the same characteristics that the Istituto Marangoni offers to those who, of Italianness and elegance decides to make a lifestyle, learning from teachers who with passion, devotion, accuracy and attention to detail maintain the distinction of Italianness from the mass, knowing how to impose it in the world. And that is something  that a new figure inserted in the Marangoni will certainly bring, Anna dello Russo, whose career was nominated  Fashion Brand Ambassador.

So as they say: Be Bedoni, Be italian.