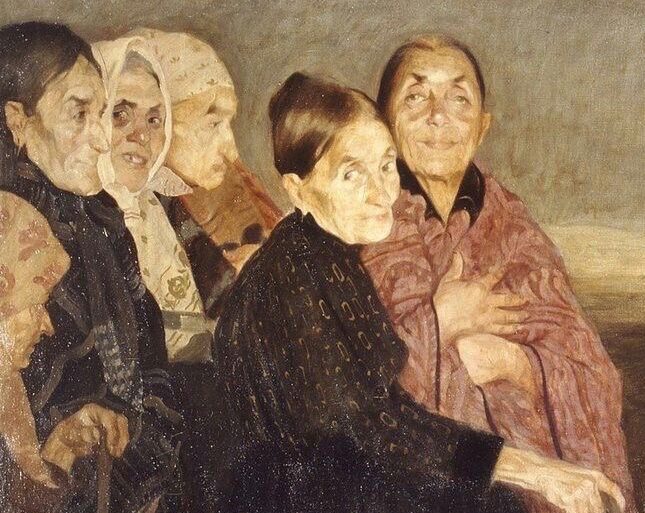 Great protagonist of the twentieth century art scene, in the period between the two wars, Felice Casorati represents an emblematic figure in the history of Italian art. Born in Novara in 1883, after graduating in law, he decided to devote himself completely to painting, which had taken the place of music in his heart after the nervous breakdown that studying had caused him. Casorati was for a long time considered a solitary and isolated artist from the world, in truth the artist who had a rather nonconformist and independent point of view with respect to the movements of the time, spent in solitude and isolation only the period of production of his works, made in his artistic studio, which remained since 1918 that of Via Mazzini, 52 in Turin.

For the rest, he was an active member both as an exhibiting artist for the various biennials and quadriennials around Italy, and as a public relations man, a great administrator of himself able to promote his art and expand his circle of knowledge. Casorati lived according to his father’s work, a soldier by profession who, when he moved around Italy, took his whole family with him: his wife, Felice and two older sisters, among them Elvira, who became the subject with her elongated face and great loneliness, represented in many of his works. During the years of his stay in Naples, a city not too loved by the artist, he composed several works that have as protagonists old women and girls: mainly female subjects that he uses to represent from life.

He leaves Naples for Verona, a very important city for him, first of all because it breathes a less academic climate, much more similar to his personal tastes, and secondly because it is close to Venice: the nerve centre of artistic activities because of the Venice Biennale and the presence of Ca’ Pesaro. The exhibition venue of Ca’ Pesaro, opened in 1908 and annexed to the Museum of Modern Art, contrasts with the rigid Venice Biennale, in favour of a younger art. In Venice he came into contact with the ideas of Klimt and the Viennese Secession, on whose horde he composed, among other works, “La Preghiera” (The Prayer), a clear Klimt reference.

Casorati felt the need to get rid of the academic heaviness of a verist matrix in favour of a form of Symbolist painting with the decision to eliminate some pictorial elements in favour of decorative chromatic schemes that highlight: psychological attitudes supported by symbolic objects, spiritual identity, metaphysical suggestion and the relationship between two-dimensionality and three-dimensionality, i.e. between reality and fiction. He initially took part in two editions of the Venice Biennale: one in 1912 and one in 1914, interspersed with a personal exhibition at Ca’ Pesaro in 1913, in which he exhibited 41 works. After the outbreak of the First World War he went to the front where he returned in 1917 because of his father’s suicide.

The dramatic event, which leaves an indelible mark on the artist, convinces him to move his family first to Vercelli to the home of relatives and then to Turin, where he will remain until his death. In the Savoy city in which Casorati finds himself at ease in the cultural circles of the time, he met Piero Gobetti, author of his first monograph but from whom, while remaining a friend, he distanced himself because of the latter’s political position. In Turin the artist established his school on the basis of which he later founded the “Group of Six”. Turin is also the city where in 1922 the artist pursued a new pictorial phase characterized by a research of strict and rigorous spatial and plastic essentiality referring to neoclassicism of which the work “Silvana Cenni” represents the maximum expression: the critics see in the composed work a clear reference to the Madonna Of Mercy by Piero della Francesca.

It was around 1925 that Casorati achieved maximum visibility by participating in the various editions of the Venice Biennale over the years and in the exhibitions of the Italian twentieth century group, both in Italy and abroad, including that of the Carnegie Institute in Pittsburgh, PA, USA. But in 1928 Casorati made yet another artistic turning point in his career. The new anti-classicist phase was presented at the Venice Biennale in 1928 with paintings in soft, opaque tonal fields. The work “Gli Scolari” (The Schoolchildren) is the synthesis of this new phase interspersed with landscape representations that help the artist to recover the sense of freshness of painting.

It was around 1930 that the artist began to represent characters with big hands that would later become his hallmark. After the artistic intensity experienced in the ’20s, Casorati managed in the ’30s to reach a sentimental balance, due to marriage and the birth of his son, and an artistic maturation resulting from an achieved balance between inner psychological dimension and perception of external reality. Felice Casorati played a fundamental role in the cultural development of the post-war period: besides becoming professor, then director and finally president (until his death) of the Accademia Albertina in Turin, he founded the Unione Culturale in 1945 together with other great intellectuals of the Italian scene.

The selected work belongs to the Neapolitan period of Casorati and although it was not one of the best periods for the artist’s creativity, I find the representation of these old wives really involving and exciting in its simplicity.  Although he represented different styles, but nevertheless, with the exception of the last part of his life, all of which were realistic, it is interesting to note the statement that the artist made in 1949: “I am convinced that art has always been abstract; the episode in the painting of the past served as a means of understanding and, as I have already said elsewhere, we must seek the authentic values of figurative language. But it is a mistake to want to isolate these values (as abstractionists do today): it is to make them concrete … I am the bitter enemy of all forms of realism. Realism means descriptivism”.