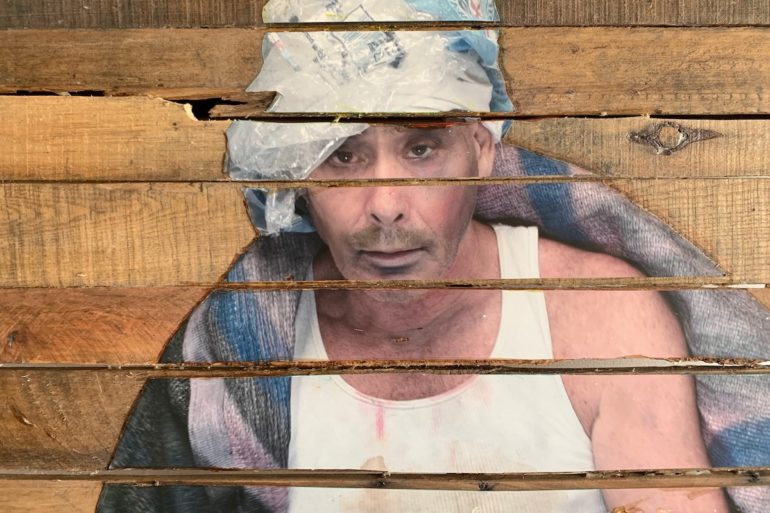 If in archaic art the expression of the face ranged between obvious severity and detached smile, for David Rohn it represents the creative essence with which to interpret social roles full of empathy.

Born in New Jersey to a largely Catholic family, David Rohn inherited his passion for art from his uncle, who, suffering from poliomyelitis at the age of 20, had the remaining years and money, invested in the Arts, fearing that he would die young. He had an immense passion that he cultivated studying (with a thesis on Herman Melville at Colombia University), collecting and surrounding himself with friends related to the world of literature, poetry and art, who consequently frequented the house where David lived as a child. David remembers smiling, the figure of his uncle and the family vicissitudes related to him, which in the Catholic context that animated the family, turned out to be somewhat rebellious. He also tells how his boyhood home was filled with books of literature that he read with greed and that fueled his imagination: Dickens, Thackeray, Thomas Hardy, Mark Twain, Frank Baum and Conan Doyle. “I was quite young when I read those books, but their stories were wonderful. I think it was the theatricality and the development of the characters in the historical-social context that fascinated me”. From the imagination as a boy, to the passion for history issued to him by the professors (two in particular) that made the artist mix his personal and cultural baggage with history, which according to Rohn is more consistent and more complex than contemporaneity is. “I feel like an artist, but I’m also an observer fascinated by history because I think it’s the best way to understand the present” said Rohn. 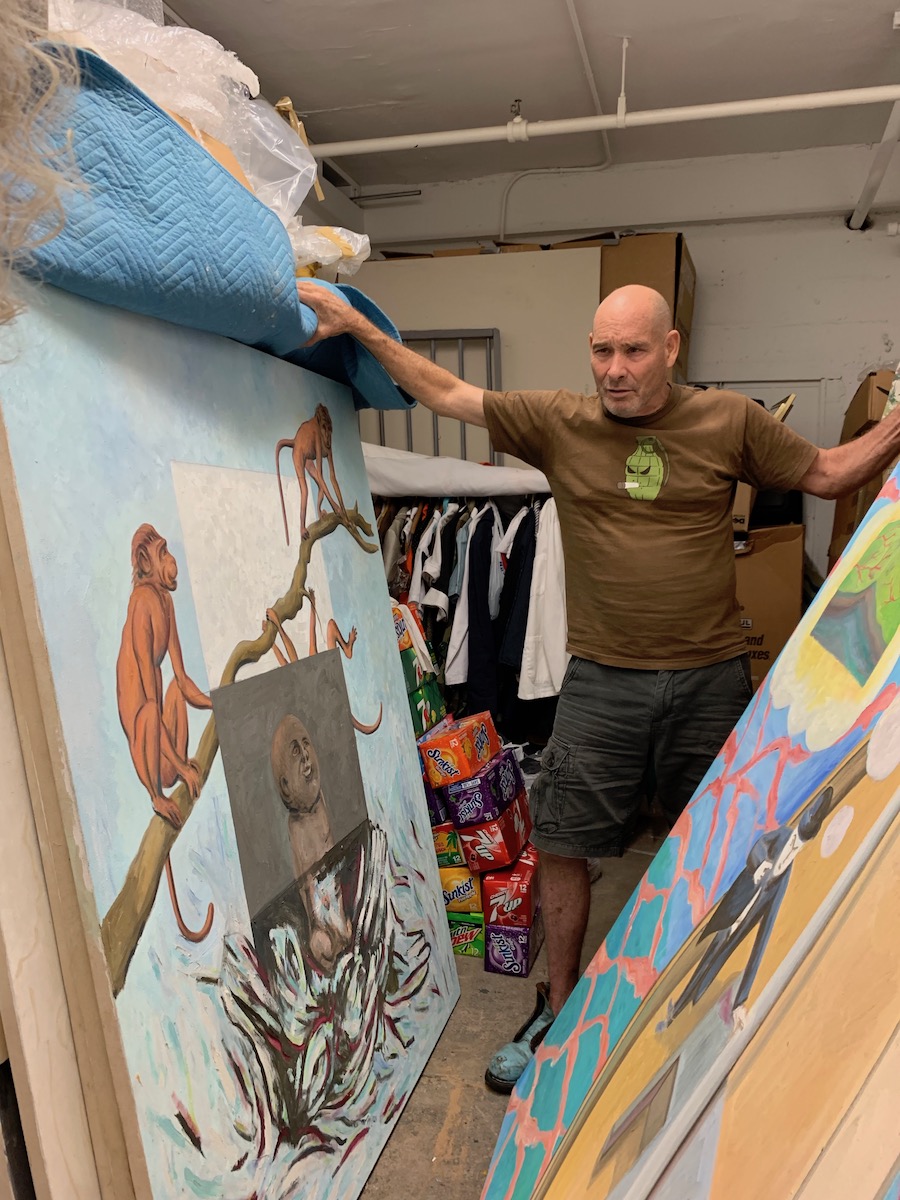 Rohn’s art, initially figurative, has over time become performative art: an action performed in front of an audience, an ephemeral experience in which works become emotions linked to human frailty. His first performances date back to the 90s and were based on the memory of an old aunt who used to dress up to entertain guests. The official proper exhibition, took place in 2001 in the space of the Brook Dorsch gallery project, in the current Wynwood. To animate the exhibition spaces in which he exhibited, he played the role of a real estate agent, Bender. In response, the public required other performances, and the success led them to perform every time for the gallery exhibitions.

In addition to performances, his work focuses on self-portraits as a representation based on his facial expressiveness and body language. By putting himself in first person, with a meticulous work of studies and observation, as well as self-awareness and empathy. He particularly emphasis on male archetypes as a way to expose a Masculinity Construct that balances the Femininity Construct, that has been more widely scrutinized. Rohn maintains that femininity can’t really be redefined without a corresponding redefinition of what’s supposedly “male”, that the rigid traditional binaries, and sexual mores were never real in the first place, but set in place to organize social boundaries. 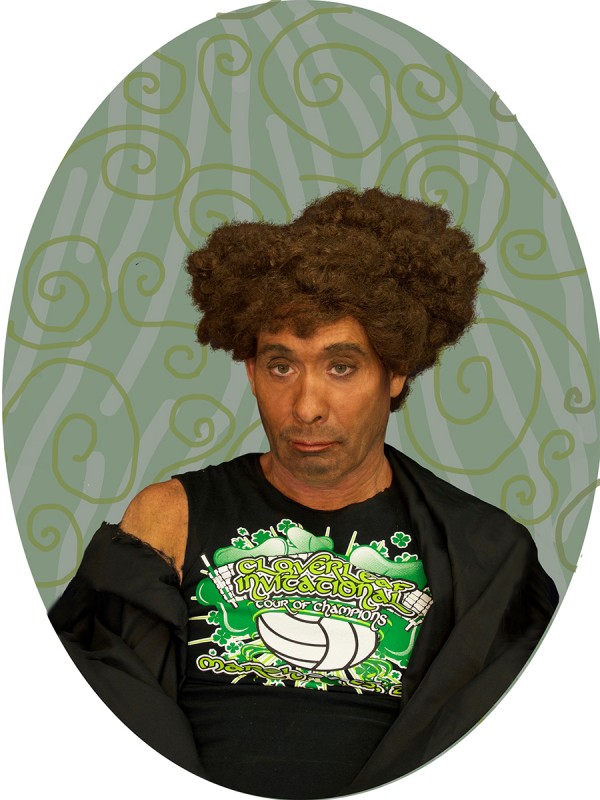 Rohn represents the social archetypes of people invisible to the eye of the company: Fast food waitresses, supermarket salespeople, homeless war veterans, people who have returned to work after retiring to make ends meet. The characters he interpreted are born in the wake of the books he read as a boy, which thus become characters poised between literature and theater, and of which enhances the ability to survive in a world that is too fast and unstable, to which is added the social malaise -economic of current times. The need to understand these characters in depth led him to incorporate the surrounding environment that characterizes their size into self-portraits. With a work based on photo retouching, David Rohn’s characters have fallen into their social context: fast food, a shopping center or the roadside. In fact, the artist considers the space-time approach in which the characters fell to be fundamental, and was inspired by three great mentors in the history of art: Giorgione, Edward Hopper and Francis Bacon. All three artists conceive the temporal space concept:  As a context that binds the individual to the cosmic totality (Giorgione) , to nature, in a more human and defined way (Hopper), up to highlight the sense of vulnerability to which contemporary civilization underlies, finding the time, however, to investigate the personal traumas it faces, through psychology and social media (Bacon). 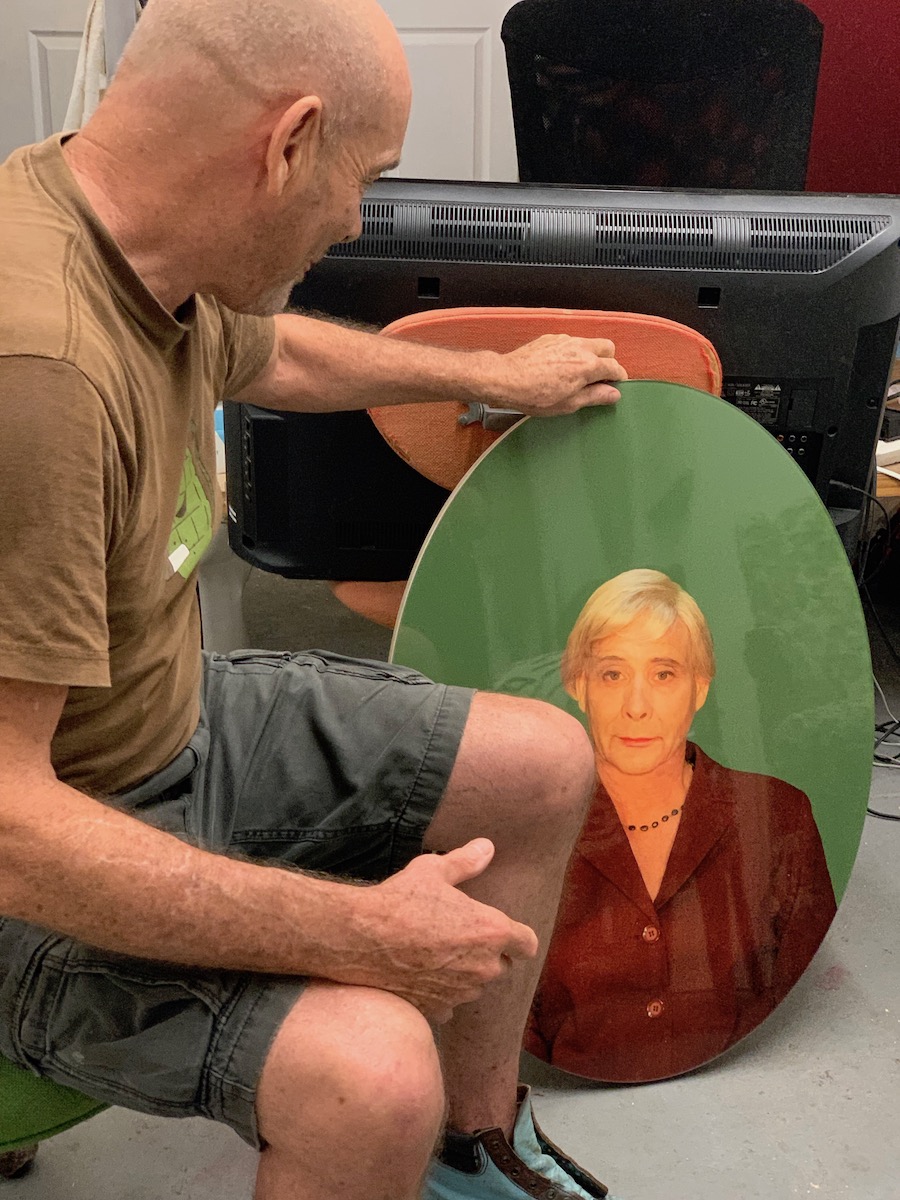 After studying for the first two years at Colgate University (a former seminary, where protestant ministers were trained) with a curriculum based on the study of religion and philosophy, he studied art and art history in parallel, disciplines he pursued at New York University, specializing in urban studies. Then at the École Nationale Supérieure des Beaux-Arts in Paris (Rohn speaks French fluently) he studied for one year and remained living in France cumulatively for about six years. He returned to America, where he graduated in architecture from the Pratt Institute in New York.

In addition to being an artist, Rohn has written for art magazines, an opportunity that has led him to rework his thoughts and emotions in an organized way.

David Rohn is a complex character who works according to self-awareness and introspection and speaks to a wide audience through his art, highlighting social problems. But while on the one hand he studies and analyzes historical and social contexts, on the other he believes that his art does not require intellectualism or aestheticism, and not as in the last century making art has become highly intellectual, and even “rather dry and worldly”, as he says. 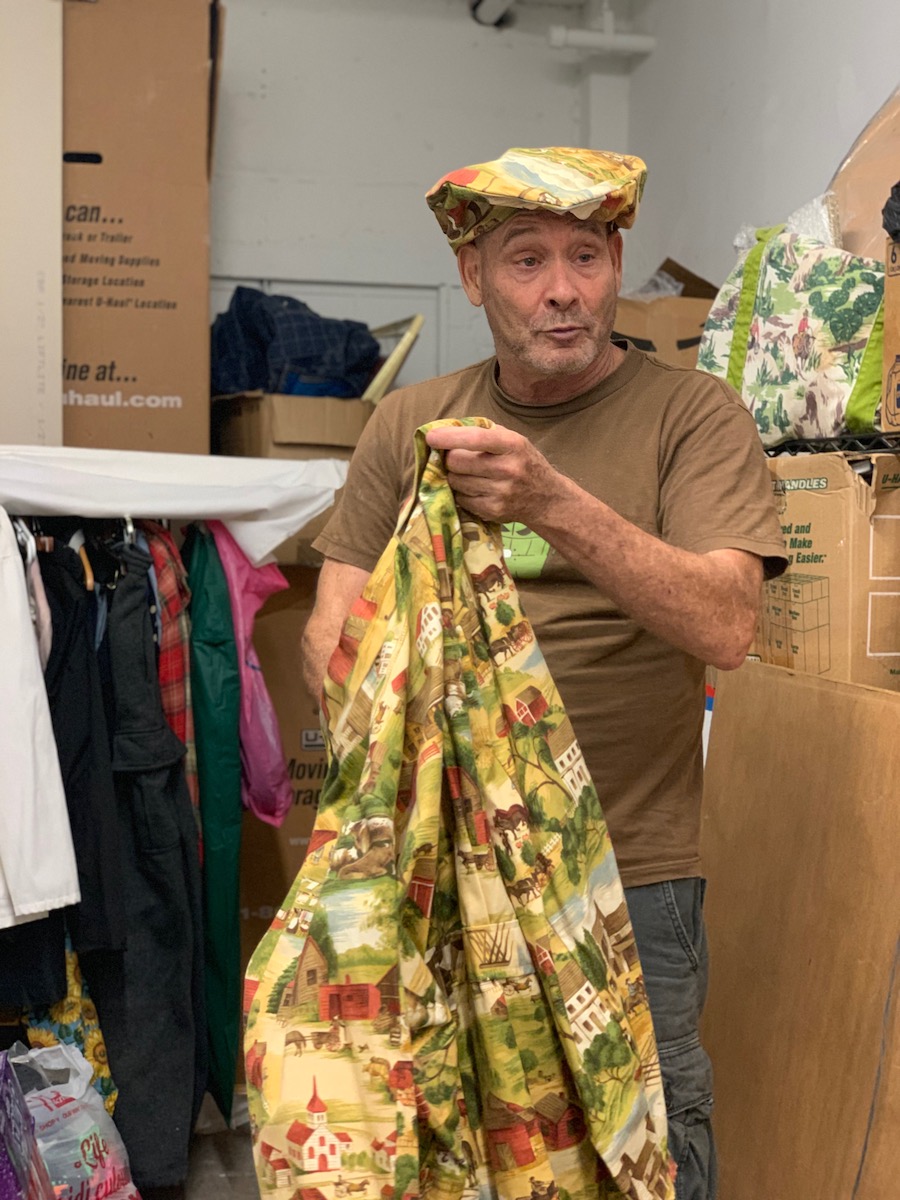 David Rohn has performed numerous personal and group performances in Florida area, in New York and in Berlin, exhibiting from 2008 to 2014 for the Carol Jazzar Contemporary Art in Miami.

While in the arts, so loved by the uncle, a work to be able to rise to the best degree needs formal perfection, inspiring thought and expressive value, Rohn’s artistic expression is charged with all the empathic power necessary to make his works great contemporary art works.