Between drawing and sculpture: Alicia Ponzio, the exploring composition through sketching. 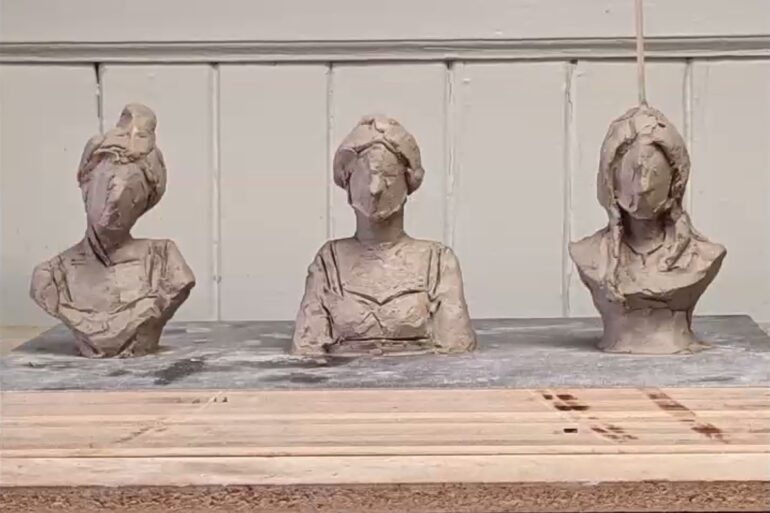 Third day of workshops for the Portrait Society of America’s The Art of The Portrait pre-convention in its 23rd edition.

Today’s artist is Alicia Ponzio, a sculptor and figurative drawing instructor who has received numerous awards and honors from prestigious American institutions, including the The Portrait Society of America, the Art Renewal Center, and The National Sculpture Society from which Alicia received the Alex J. Ettl Grant in 2016.

Today’s workshop was divided into two distinct but at the same time related moments: the drawing session and the sculpture session.

The drawing session, carried out in the morning, has highlighted, with the representation of three images “transferred” next to each other, how, despite the equality, the variation of value heavily modifies the perception of the image, making them seem different. 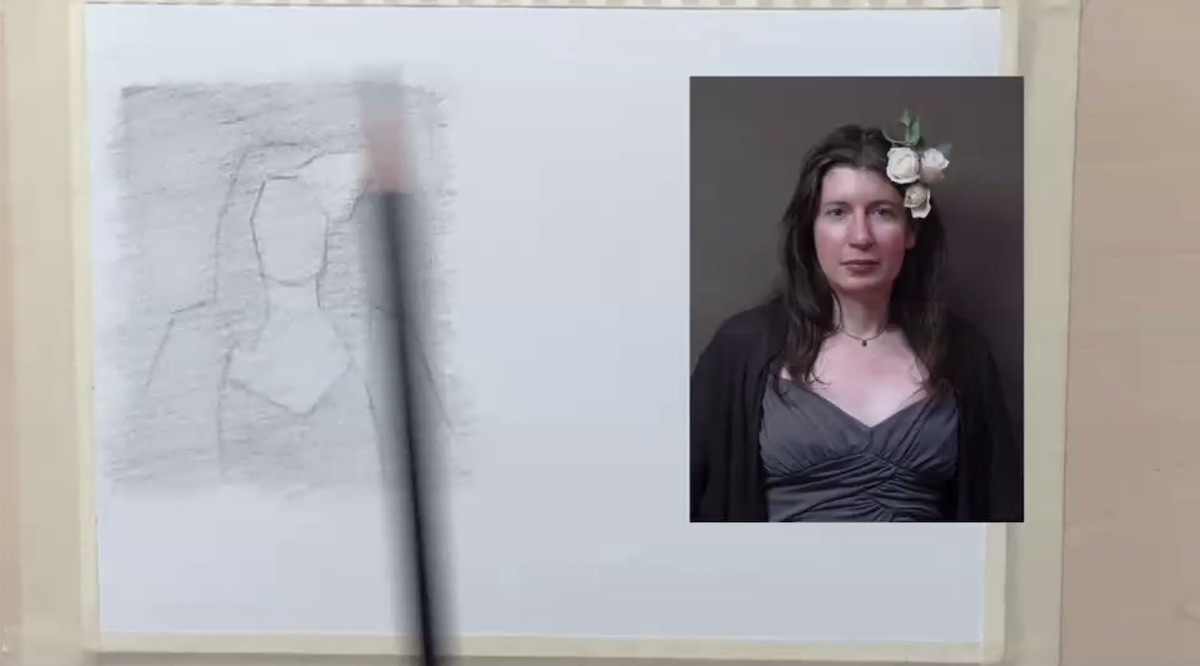 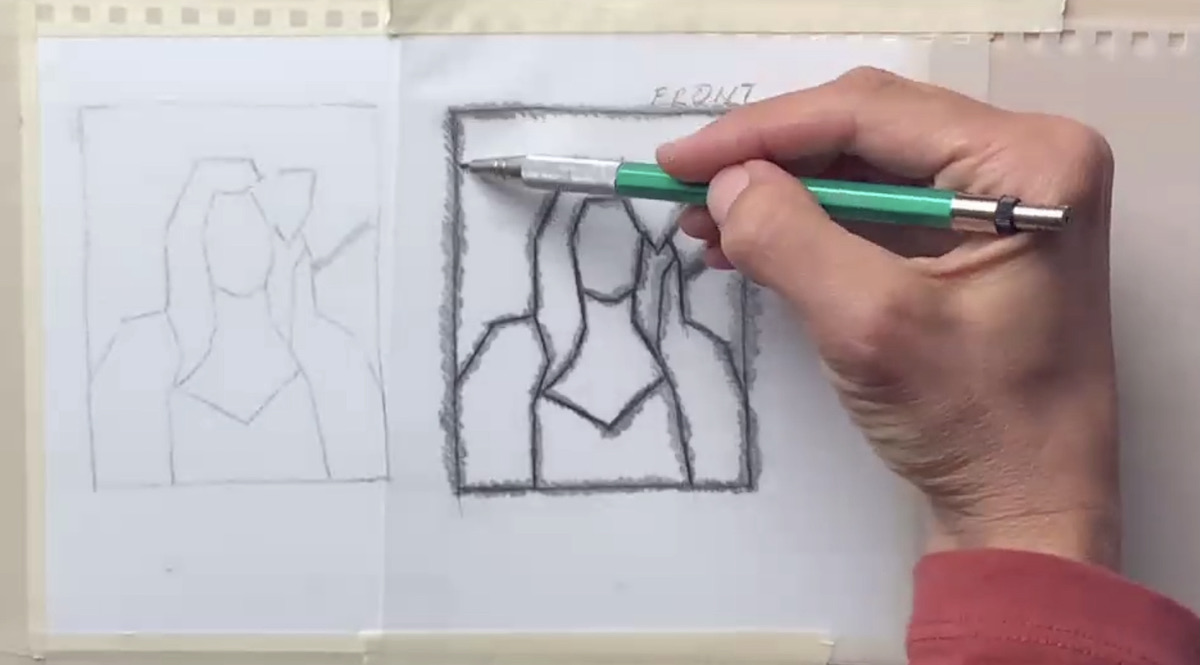 In the exercise, we proceeded in steps: establish the large shapes to divide the fields into primary values; establish the relationships between the primary values, made with different layers of color, up to widen the range to darker values to highlight the detail. To this must then be added the final touches that characterize the subject.

Among the issues being discussed today is one also addressed earlier by Michelle Dunaway, the importance of maintaining artistic focus, about which the artist states: “The artist has the task of highlighting details that can tell a story to the viewer”. It is through sketching that you are able to focus on which element to bring to the viewer’s attention and which to narrate: “sketching is one of the most intriguing artistic parts of my work,” says the artist. 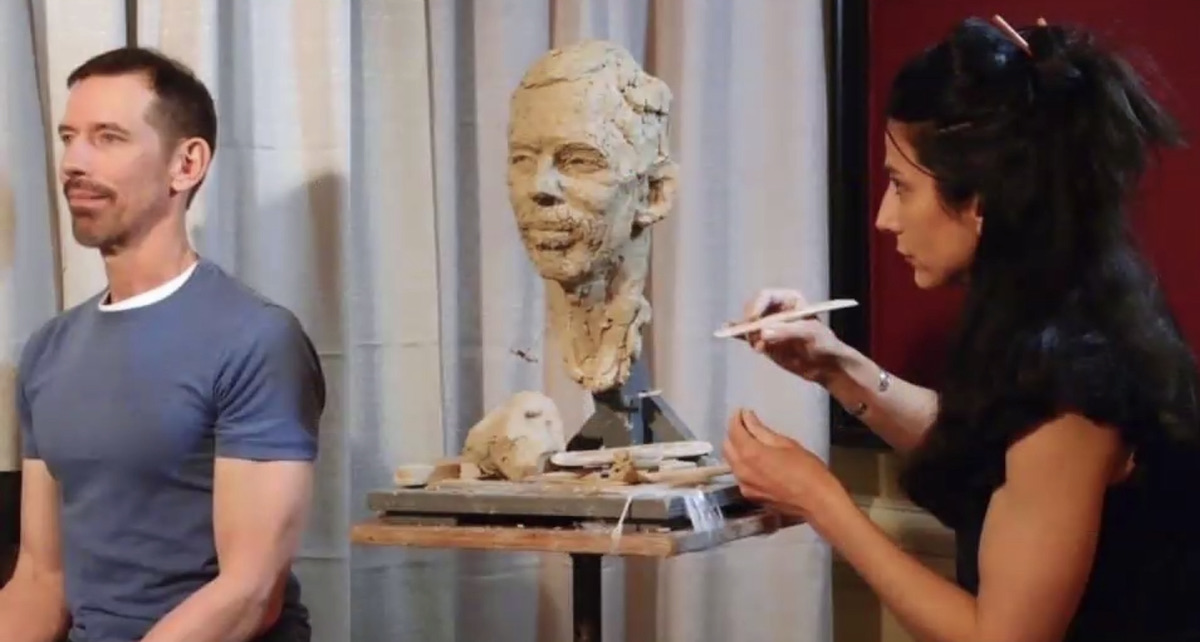 Starting with a photograph taken years ago during her first session for The Portrait Society of America, Alicia Ponzio recalled her years of study in drawing and painting under the tutelage of master Sebastian Capella and the teachings he imparted that invited her to experiment. Sebastian Capella was a Spanish master impressionist and portrait painter, a fine arts teacher, initially at the University of San Diego, then opened his own private studio in La Jolla, San Diego, CA, where he taught for over forty years with a remarkable following of artists who appreciated his irony and empathy, between them Alicia Ponzio. 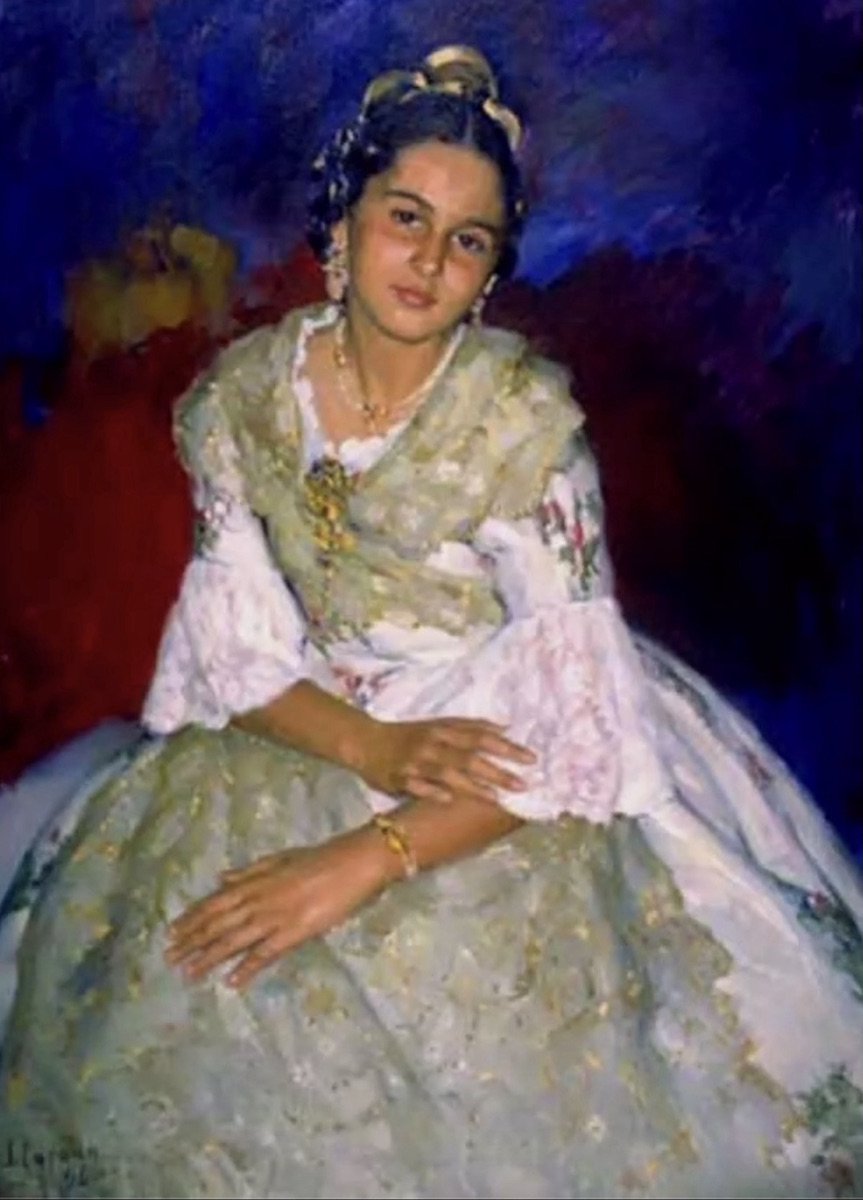 Particularly known for his portraits of local and international celebrities and dignitaries including the royals of Spain, Capella received an appointment to the Royal Fine Arts Academy of San Carlos in Valencia, considered one of the highest honors given by Spain. Disappearing in 2013, Capella took a classical approach to teaching art, and his favorite painters whose style he recalled included Joaquin Sorolla, Diego Velasquez and John Singer Sargent. 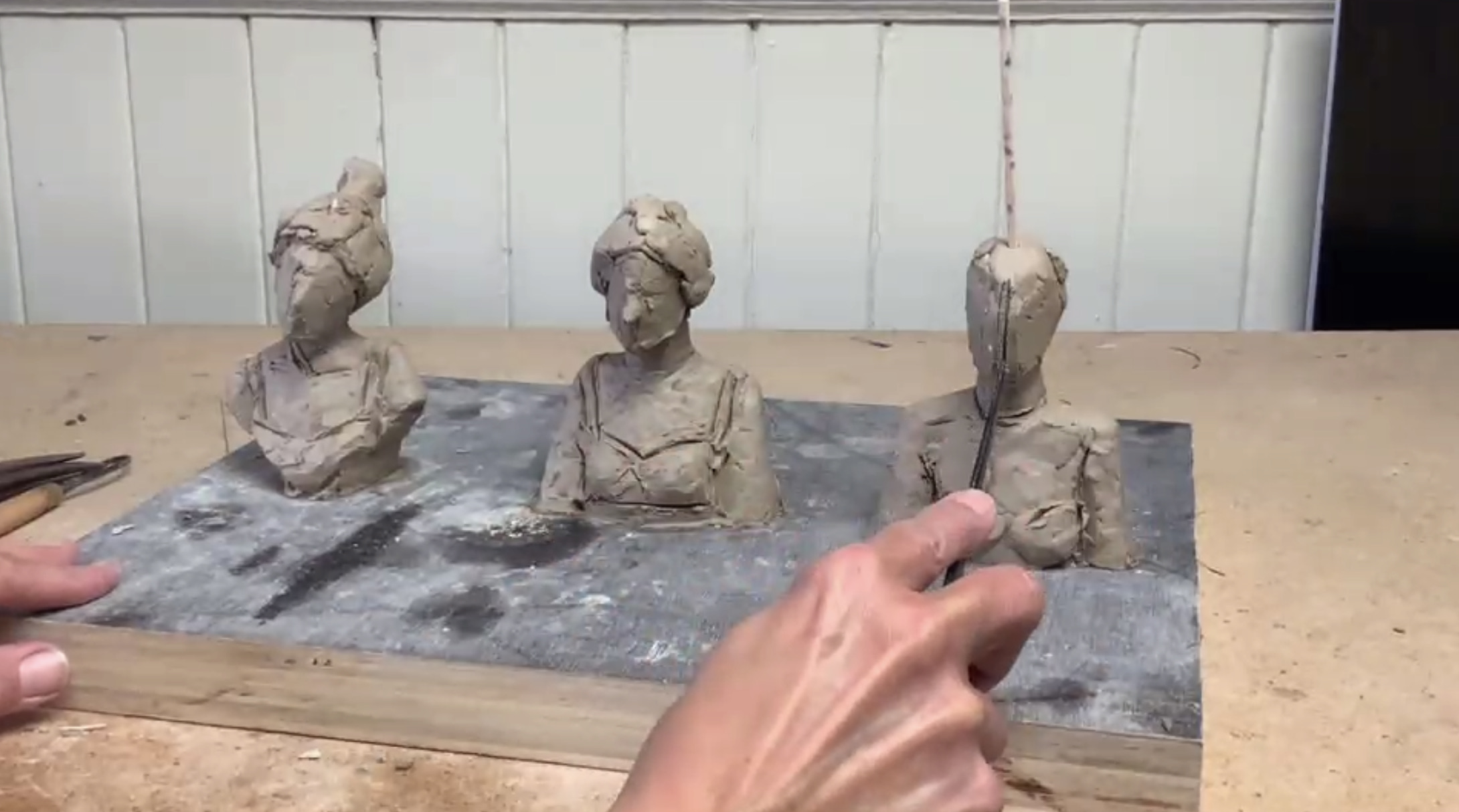 In the afternoon, Alicia Ponzio moved from the 2D demonstration to a 3D demonstration: a gradual transition that she also made in her life when she focused her studies from drawing and painting to sculpture without ever leaving it.

Basing sculpture on the same principle of the scale of values imparted in the morning with drawing, it is imaginable to perceive that, in sculpture, matter acquires form and personality with the addition or removal of body masses that highlight its anatomy.

Ponzio’s focus, however, has gone beyond this, it has gone straight to the base of the concept of sculpture, which starts from the composition: “when making sculpture, it is easy to fall into the mistake of judging the similarity of the sculpture still raw with the model, without considering how an artist starts instead from the composition, refining only later the characteristics that outline the subject”, says the artist referring to her own experience. 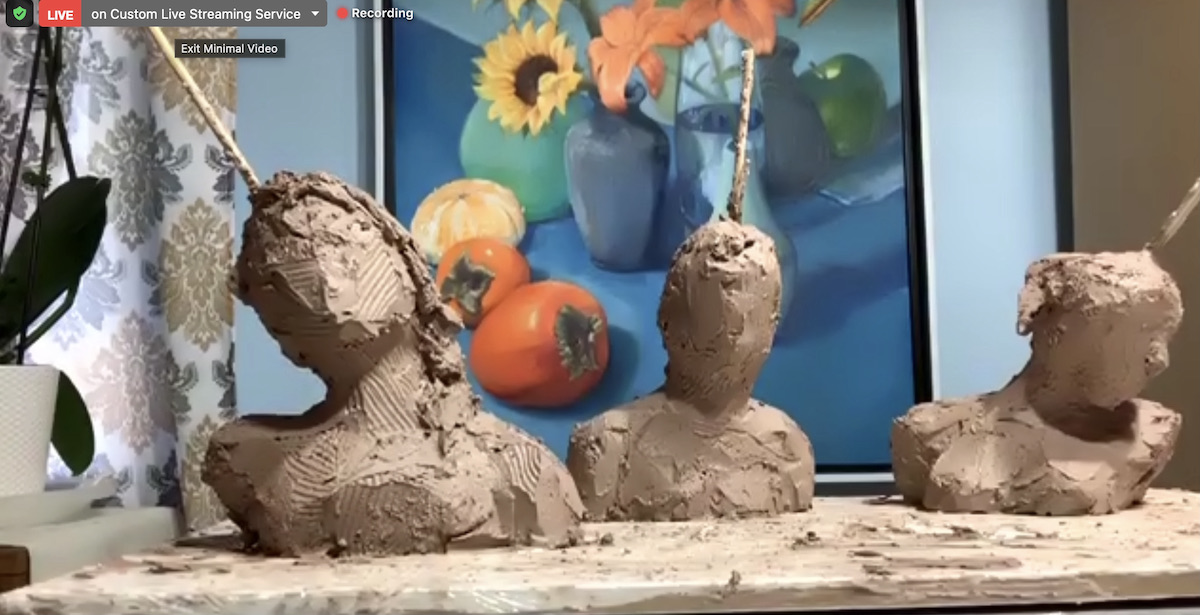 Demonstration of Ponzio’s assertion came with the artist’s, and the participants’ later, the realization of three half-busts representing the same model in the photograph with her hair long instead of short or gathered, with her face at 3/4, or lowered instead of straight.

“Gestures are everything in sculpture,” Ponzio says, recalling how people are amazed to see Michelangelo’s David, not so much because of the impressive anatomical composition, but because of the rendering of the veins, for example, in which warm blood seems to flow. Michelangelo himself, after all, claimed that sculpture was “already” imprisoned inside the raw material to be worked and it was up to the sculptor to free it in its gestural expressiveness, as well as it was necessary to eliminate the superfluous with the right means. As Ponzio and the participants did with simple clay. The lesson, involved a very diverse audience and aroused great enthusiasm among the participants: “It’s very nice the approach to sculpture: it’s like moving a person in space working only with clay,” says a participant. 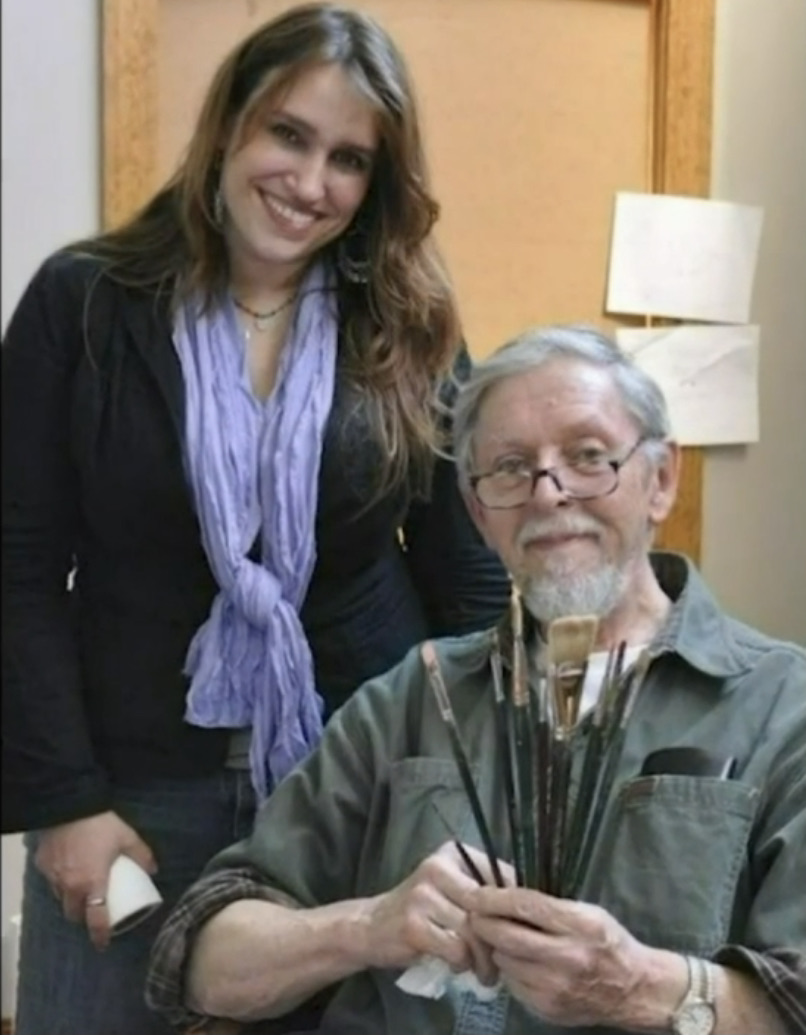 The day ended for convention attendees with a rebroadcast of the exciting interview Michelle Dunaway did last year at the 22nd edition of The Art of The Portrait with Richard Schmid and his wife Nancy Guzik. The last interview of the master who passed away two weeks ago and left a great void but also a great technical and moral legacy to the contemporary art world. As a tribute to the great artist, the interview will be broadcast globally on Sunday at 4:30pm ET on the Facebook page of the Portrait Society of America.

Tomorrow there will be the last day of the workshop that will also introduce, in the late afternoon, the official start of the XXIII edition of The Art of The Portrait, and will see the protagonist in the role of teacher, and in the role of Chief of the Portrait Society of America, the gentleman artist: Micheal Shane Neal, which will be the task of doing the honors of the house and which will follow the artist Kerry Dunn with a demonstration of drawing. 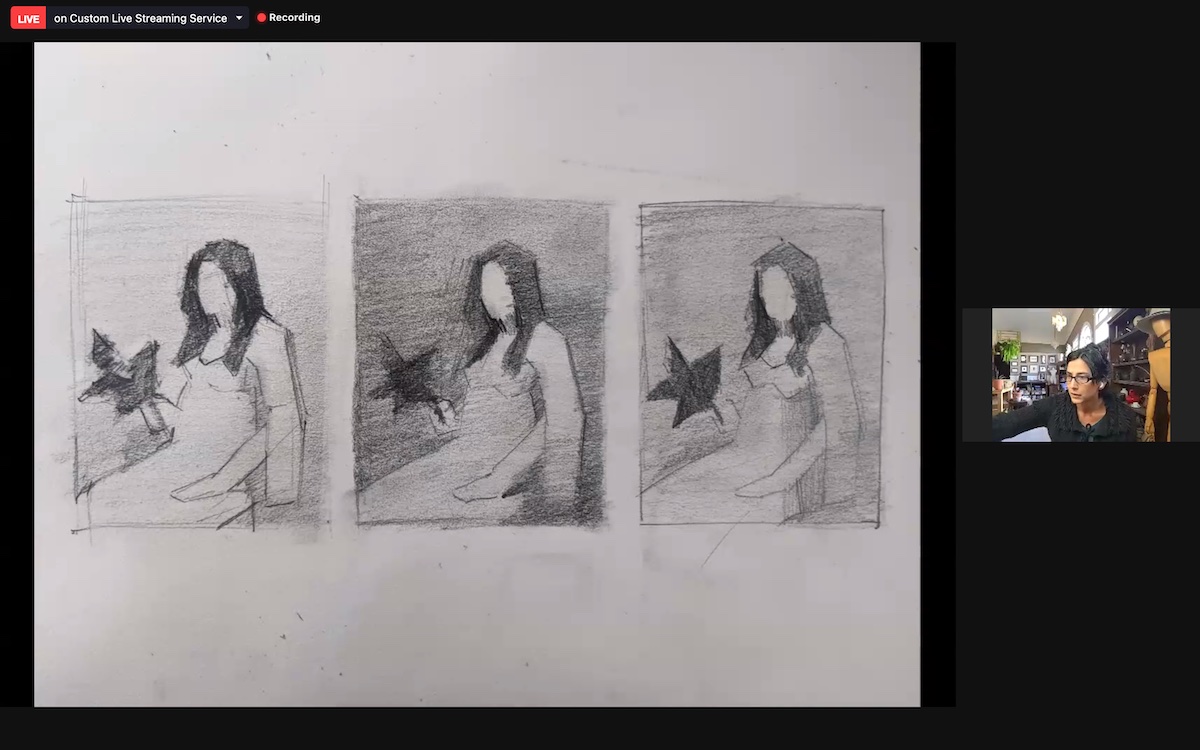 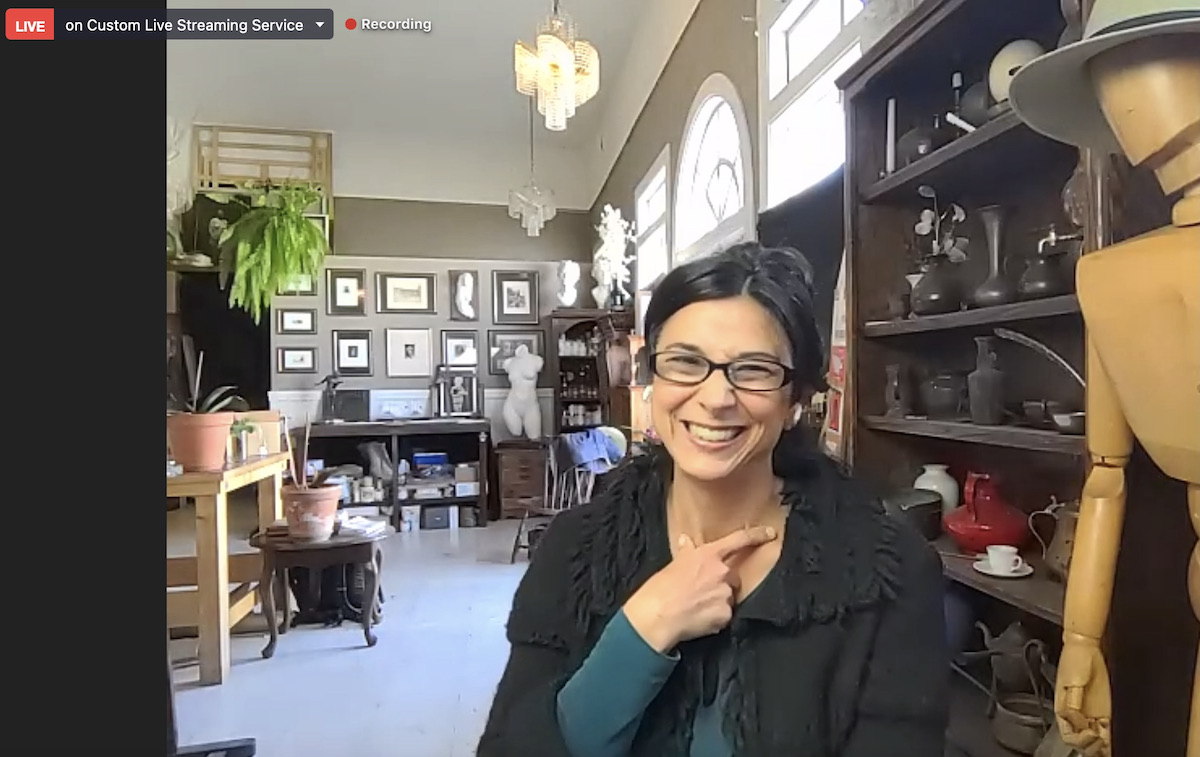 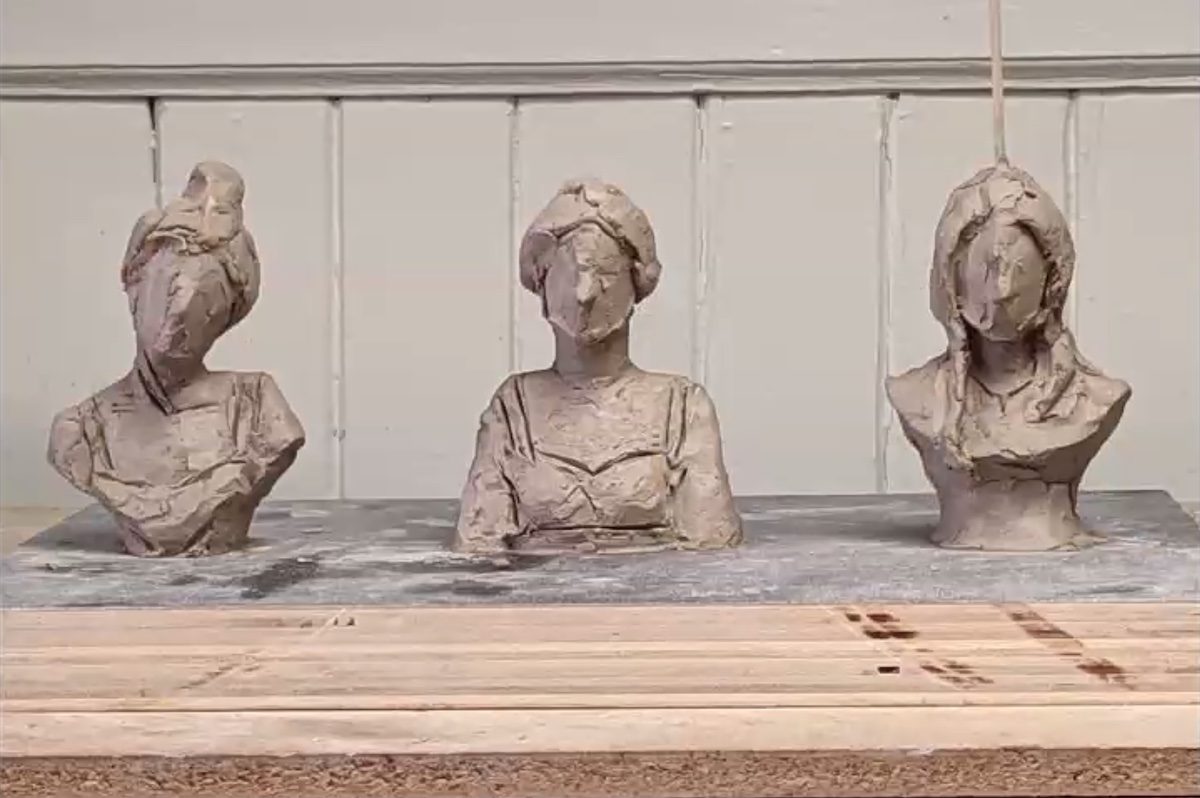 “My life’s work is to leave the world more bea

After the 17 months of stop imposed by the Covid e

Toiletpaper Home, the most irreverent home-studio

Cuong Nguyen will be among the Pastel Live faculty

Pastelists around the world unite for the start of