Arriving in Wynwood, Miami, the first museum to be entirely dedicated to the history of graffiti, the “Museum of Graffiti” will open its doors on December 5th. 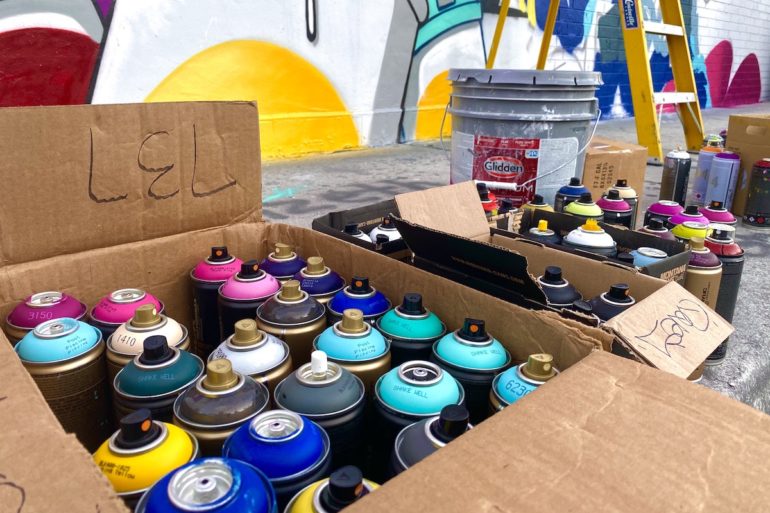 What other city in the world other than the city of Miami can boast about opening the first museum portraying graffiti as a form of art and to give lesson on its history? And what better opening period if not during the daring Miami Art Week?

On December 5th 2019 there will be another important event that is a must see event, in fact it will open in the cradle of Miami street art, Wynwood, located at 299 NW of 25th Street, the “Museum of Graffiti” set up on a space of 3,000 square feet. Project founders are Allison Freidin and Alan Ket. Both with a past dedicated to art and artists, Allison Freidin, originally from Miami, is a lawyer who has dedicated herself to defending and protecting artists, while Alan Ket, from New York, has over 30 years of experience spent behind documents and studying the movement of graffiti art. In addition to personally collecting the works of over 500 graffiti artists and being a widely recognized authority in the environment, with a dozen books published on the subject, Alan Ket is also an artist. Behind the aka of Alan Ket, there is the name of Alain Maridueña known in the environment above all for the pieces he made on the subway cars in the United States and Europe in the 1980s.

“Wynwood was once a sleepy industrial district, which has been transformed by graffiti artists into the largest open-air gallery in the world and welcomes millions of visitors every year,” says Allison Freidin, while from the roadside we observe some of the artists who are finishing their work on the occasion of the opening of the museum: among them Jon One from Paris, Niels Meulman (in art Shoe) from Amsterdam, known above all for his works of traditional calligraphy and gritty graffiti that he will present for the occasion Negative Space, (that is the negative space between the subject of an image and its limits that defines its positive boundaries) Entes from Peru and Risk from Los Angeles, founder of Third Rail, which will be present in the museum store on December 6, to sign and customize (thus increasing the market value) exclusive prints of his works.

If for some Graffiti and Street Art is the largest and most democratic artistic movement the world has ever seen, for others it is an unwanted visual pollution, however Graffiti and Street Art are the most culturally significant artistic movement of the second half of the 20th century, which represents in a completely authentic way the energy of the artists who decide to make wagons and walls in the streets an open-air art gallery.

Graffiti is born as a cultural movement and a social manifestation, usually of protest, to mark the territory (the message does not normally come out of the city limits) and launch messages. They are born in the streets, originally illegally and are characterized by tags and letters that differ in the artist’s country of origin: graphic forms with which the Graffiti Writers develop their own style on wagons and city walls, working in crew. Street Art is the evolution of graffiti over time, but it takes place in the light of the sun and in a legal manner, most often on commission and with elaborate artistic productions that include the use of stencils and those that try, with their messages, to stir the consciousness of people globally.

The focus of the museum is wanting to be a cultural reference point for students, educators and tourists eager to learn about the art of Graffiti and Street Art from its origins. The museum will be structured in an indoor area, with a chronological distribution of events, marked by ample informative notes showing the evolution of graffiti over time starting from the 70s and 80s through paintings, sculptures and interactive installations of some of the first street artists in New York, and an outdoor area that provides instead the realization of works of art on the walls of the buildings of the areas adjacent to the museum (NW 25th Street, NW 3rd Avenue and NW 26th): works of art in the open air, created by the best artists not only from Miami but from all over the world, who will work with their style to create unique and ephemeral works, as the nature of graffiti and murales, it will periodically renew as new names and styles come into the picture.

But if it is true that graffiti and murals are ephemeral works created and then erased over time to make room for other works, fans can still take home an original piece of artist that they can buy in the rich store of the museum that will offer original works, reproduced on canvas or printed and in a limited edition, sweatshirts and t-shirts, and original merchandising such as brooches, patches, posters and various objects as well as books and informative material.

An exceptional event, therefore, that will further increase the already varied landscape of the Miami art scene and the history of graffiti in such a rich context, it could certainly not be missed.

In the expectation of being able to visit the museum, all that remains is to mark the appointment on the agenda: a means to grow culturally, broadening the artistic horizons.